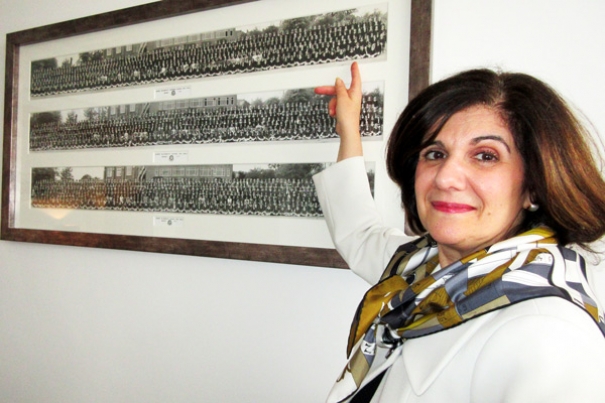 Violet Walker, head teacher, with pictures from her time as a pupil in the 1970s
Violet Walker, the new head teacher at Queen Elizabeth’s Girls’ School, has every justification for her assertion that she felt instantly at home on taking up the head-ship at the start of the new academic year in September.

Not only is Mrs Walker a former pupil at QEGS, but she later returned to the school to complete her post-graduate training as a mathematics teacher.

“I know it sounds cheesy, but I do think I’ve come home. I really enjoyed my own school-days, and it’s an immense privilege to come back yet again, and this time to get the chance to take QE Girls’ forward into another chapter in the school’s life.”

At the end of the last summer term, the school recorded its best-ever GCSE results – a high point in the career of the retiring head teacher Kate Webster.

QE Girls’ has continued to expand and flourish, and now admits 180 girls each year and has a large sixth form of over 250.

Mrs Walker is resolute in her conviction that QEGS’ role is to continue to serve the area as a local community girls’ comprehensive, committed to reflecting the school’s history and traditions, while at the same embracing the latest technological advances in teaching and research.

“I want QE Girls’ to be a centre of excellence, and at the same time retain its community status, to be a real neighbourhood school. We want to do everything we can to develop our links with the locality.” 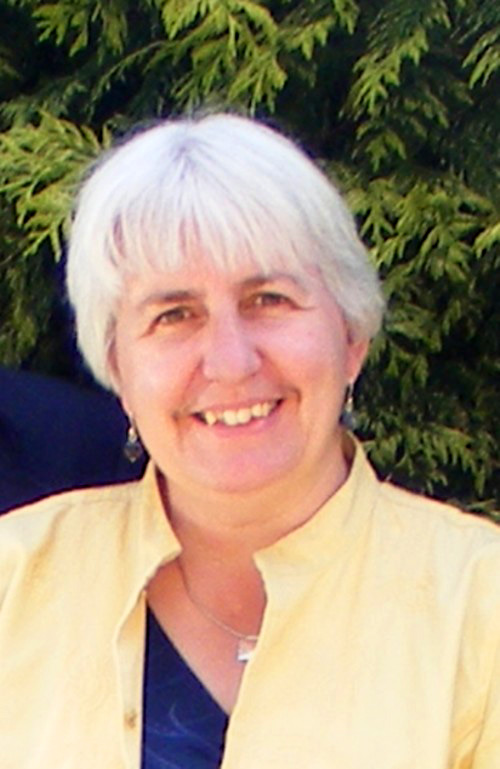 Her challenge as head teacher is to close the attainment gap between the girls of the highest and lowest ability.

“At present the gap between the educationally disadvantaged and advantaged is too large, and it was that gap that OFSTED was concerned about in March 2014 when the school was told it requires improvement.

“OFSTED are due to return in the spring of 2016, and we are all working hard to show that we are doing everything we can to ensure that all the girls achieve their highest potential.”

Mrs Walker’s first year as head teacher is coinciding with a packed diary that reflects a momentous twelve months for the Royal Family – and is a reminder of the school’s historic links with the first Queen Elizabeth, from whom QE Girls’ took its name.

A special assembly was held in September to mark the day Queen Elizabeth II became the longest reigning British monarch. Girls in each year have been asked to help contribute to a poem which the school intends to send to the Queen.

To mark the celebrations for the Queen’s 90th birthday in April 2016, QEGS is planning a summer picnic in the school grounds. “It will be our own garden party – indeed we hope it will be Barnet’s own Buckingham Palace garden party,” said Mrs Walker.

QE Girls’ was the first school visited by Queen Elizabeth after her coronation in 1953, and a signed portrait that she sent after her visit is on display in the school hall, and is among the school’s most treasured possessions.

Mrs Walker (Violet Hamid) was a pupil at QEGS from 1969 to 1976, and has fond memories of the headmistress of her day, Miss Marjorie Payne, who was head teacher for 17 years, and was widely respected.

Mrs Walker returned to QEGS for six months in 2001 for the second placement of her PGCE training.

She was appointed head teacher after previously being deputy head at Northolt High School, and before that assistant head teacher at Park High School, Harrow. She lives in Whetstone and is a long-time resident of the London Borough of Barnet.

“I know from my own school-days the importance of education, and the twin challenge I face is to ensure the school has the greatest possible impact on education and personal development of all its pupils, as well as doing all it can to develop the practice and professionalism of its staff.

“I do hope I can marry the sense of tradition and what might be thought are the old-fashioned values of my days at QE Girls’ with the very best of the latest in education.”

Mrs Walker is looking forward to the school’s annual commemoration day in May 2016 because it will be 40 years since she left, and now, as head, she will become president of the QE Girls’ School Guild, which was established in 1927 to represent former students and staff.

QE Girls’, which was established in 1888, is one of the oldest state schools for girls in the country, and shares foundation trustees with QE Boys’ School, Barnet, which was created in 1573 by an Elizabethan charter.