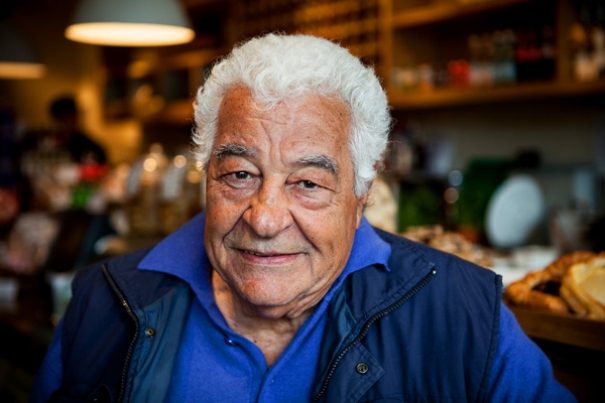 Carluccio's to open next summer in the revamped Spires
Facelift for the Spires to be finished by the spring ready for Carluccio’s restaurant to open next summer. Building work is due to start in August constructing a new entrance to the Spires shopping centre, together with premises for a new branch of the Italian restaurant chain Carluccio’s that will have its frontage opening on to Barnet High Street.

William Pears, the property group that purchased the Spires a year ago, hopes to have the facelift completed by next March to April and have the new restaurant open for business by next summer.

So far, signing up Carluccio’s has been the only significant success of the Pears group – except for its continuing commitment to revive Barnet Market after a £100,000 revamp of the site and its facilities.

Charlotte Dunlop, Pears’ asset manager for the Spires, told the Barnet Society’s annual meeting (26.6.2014) that it was proving a struggle to attract new tenants and that much depended on Carluccio’s becoming the catalyst for a successful relaunch of the centre.

Planning permission has now been obtained from Barnet Council to rebuild the High Street entrance while retaining the twin spires of the former Methodist Church. The aim is to make the Spires more appealing by having an entrance that is “light and airy”.

Ms Dunlop said keeping the twin spires had been recognised as essential to the branding of the centre.

“Their retention complements the historic nature of the town centre and the natural stone of the new frontage will be sympathetic to its surroundings.”

She thanked local shoppers for taking part in the consultation process over the design of a new High Street entrance.

Instead of a handful of replies, the architect received over 1,000 responses, which was “quite exciting” for all concerned and underlined the importance of the Spires to High Barnet.

Gail Laser, vice-chair of the Barnet Society and a leading member of the Love Barnet campaign, promised Ms Dunlop the full support of local groups.

Our vision is to make Chipping Barnet a vibrant market town and boutique shopping area that takes advantage of our unique history and heritage.

“We want to help the William Pears group create a town that we are proud to call home. Our vision is to make Chipping Barnet a vibrant market town and boutique shopping area that takes advantage of our unique history and heritage.”

Love Barnet’s first event is a food festival, to be held in the Spires over the August bank holiday – on Sunday 24 August – when there will be entertainment and stalls offering street food and products.

In her presentation, illustrated with artist’s impressions, Ms Dunlop described the new Carluccio’s. The restaurant would operate out of 3,500 square feet of space and have outside seating on the pavement beside the Spires’ entrance.

“Our long-term aim is to create new and better retail units in order to attract more tenants and in updating the centre we will keep everyone informed.

“Unfortunately retailing is very challenging at the moment. We have been struggling to attract new tenants which is why we hope the arrival of Carluccio’s will be the catalyst.”

Ms Dunlop gave a frank explanation of the challenge faced by the two retail agents hired to promote the Spires.

Approaches had been made to over 500 independent retailers in the London area but there had been only two responses. One retailer of children’s clothes had been offered a unit for twelve months at no cost but the firm said it would only be interested in considering the option once Carluccio’s was up and running. 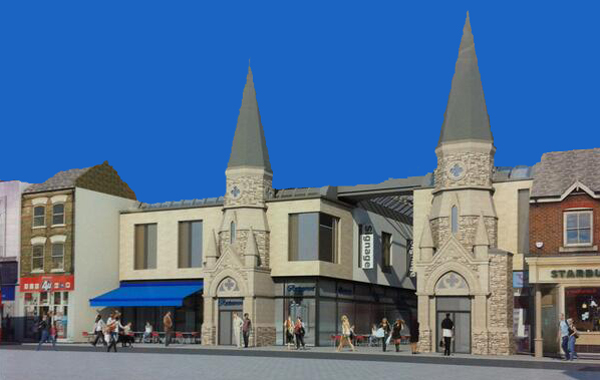 But the recent success of the market had underlined the potential. “Gary Saunders, who is promoting the market, says the number of stalls is surpassing expectations.”

When asked whether there were any plans for keeping the Spires open in the evening, she said the aim was to have the centre opening later and later.

She acknowledged the difficulty in trying to provide a better link between the shopping centre and Barnet Market; the problem was that between the two there was a busy service road and also the service yard for Waitrose. “We know that lorries and shoppers don’t go together.”

Derek Sagar asked Ms Dunlop whether, as it was now the largest landowner, the William Pears group could do more to co-operate with Barnet Council in formulating a plan for the wider triangle of land formed by the Spires, Stapylton Road and St Albans Road.

“This area might be transformed into a pleasant, traffic-free public space with pedestrian alleyways linking the High Street, the market and a new northern entrance to the Spires. Will your planners consider an approach of this kind?”

Ms Dunlop said that at present the Pears group had “enough on its plate” carrying out the first phase of the redevelopment and attracting new tenants.  Her vision was a circular route rather than a triangle.

“We see the success of the Spires benefiting from a circular flow of shoppers travelling through the shopping centre towards the market and then back along the High Street.”

More in this category: « Where have all the butchers gone? Four candles please »