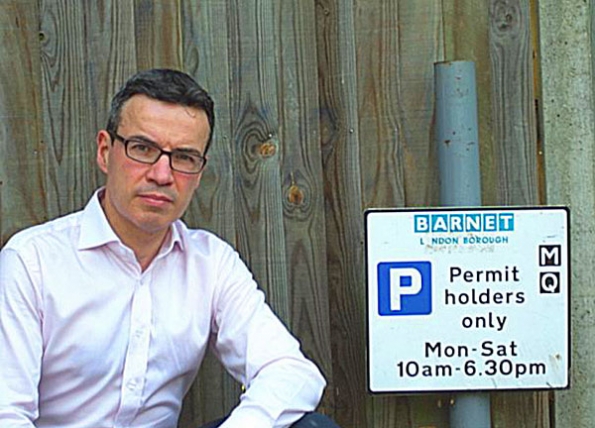 David Attfield led the fight
After having originally threatened to appeal against a High Court ruling that it had acted unlawfully in doubling charges in controlled parking zones, Barnet Council has now agreed to make refunds and take no further legal action.

Unlawful charges will be refunded within eight weeks and the previous charges for parking vouchers and visitors’ permits will now apply.

In her High Court judgement (22.7.2013) Mrs Justice Lang said Barnet Council did not have legal authority to raise surplus revenues for other transport purposes by increasing parking charges on local residents.

She ordered the council to repay the CPZ parking charges and costs of East Finchley resident and solicitor David Attfield who started legal action in 2011 after the cost of permits was increased from £40 to £100, and vouchers for visitors from £1 to £4.

But despite Mrs Justice Lang’s rejection of the council’s application to appeal Mr Cornelius announced that the authority would challenge the judgement.

Since April 2011 the council had raised £1.4 million from residents’ parking vouchers and £300,000 from visitors’ parking permits and it feared it could be forced to pay back more than £1.7 million in unlawful charges.

A petition was launched to rally opposition among local residents to stop the borough wasting even more council taxpayers’ money in trying to appeal against the ruling.

In announcing that the council had finally backed down (2.8.2013), Mr Cornelius promised applications for refunds would be dealt with swiftly and he wished to apologise to residents for the original imposition of the higher CPZ charges.

“I am sorry that this was done in the way that it was. The court has ruled that the increase was wrongly implemented and so we will go back to the old charges.  Any change to these will have to go through the proper process.”

The court has ruled that the increase was wrongly implemented...

Residents who made payments at the increased rates for their annual charges and visitor vouchers will be refunded the difference in the charge and should fill out an e-form on Barnet Council’s website, providing their name, address, permit ID and car registration number.

Alternatively they can email the council at This email address is being protected from spambots. You need JavaScript enabled to view it. or write to, Parking Team, CPZ Parking Refunds, London Borough of Barnet, Building 4, North London Business Park, Oakleigh Road South, London, N11 1NP.

Barnet Council says it will do its utmost to ensure applications are dealt with promptly. “We will aim to get the process completed in eight weeks.”

Published in Petition
Tagged under

More in this category: « Clamped! how petition spurred council to give up fight