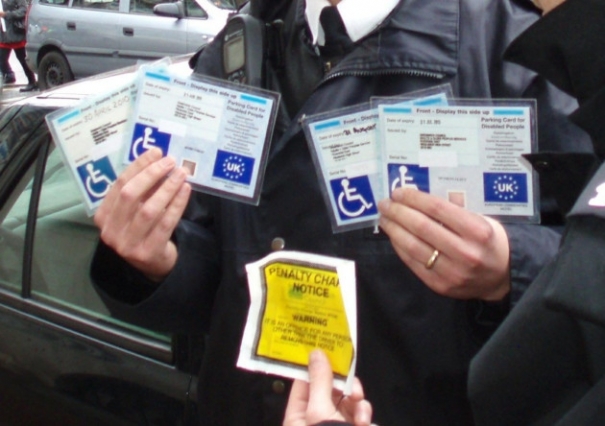 Blue Badge Fraud in Barnet is going unchecked
Barnet a hot spot for lost and stolen disabled badges...but a woeful response.  More blue disabled badges were lost or stolen in Barnet last year than in any other London borough, but the latest government statistics show the council’s efforts to enforce the law against misuse are way behind that of some neighbouring local authorities.

However, some action has been taken since Barnet Council’s corporate anti-fraud team took on responsibility for blue badge misuse last October.

In the past five months there have been 25 investigations, three successful prosecutions, and further cases are being considered for possible prosecution.

High Barnet residents have complained repeatedly about the unlawful use of this concession in roads in and around High Street and the Spires shopping centre.

Cars displaying disabled badges are frequently found blocking street parking, but the drivers often appear able bodied and are not accompanied by a disabled passenger.

Barnet Council’s abject failure to mount a single prosecution in 2014-15 was in stark contrast to the diligence of other neighbouring boroughs.

Enfield initiated 36 prosecutions against the use of another person’s badge, and 120 cases were pursued in Waltham Forest. Hammersmith and Fulham’s score of 190 prosecutions topped the Greater London list.

Barnet was one of eight London boroughs that failed that year to make use of its prosecution powers.

In response to complaints by the Barnet Society, High Barnet Police have promised in the past to step up uniformed patrols and to ensure that action is taken action against drivers found to be breaking the law.

The council’s anti-fraud team says it is carrying out operations to detect misuse in areas of the borough where there is a high volume of blue badge use and where misuse has been reported. 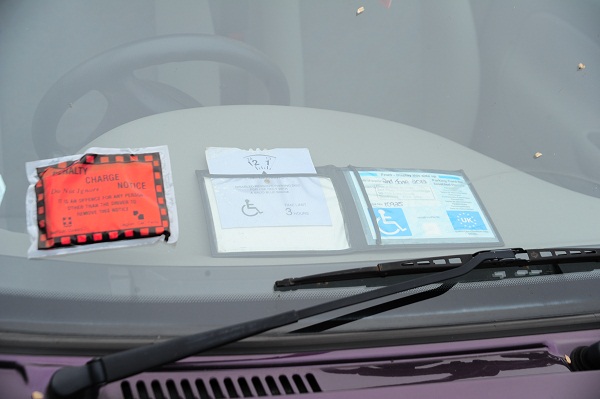 An anti-fraud operation last year in Hendon and Golders Green identified 127 vehicles displaying blue badges, and resulted in the seizure of seven blue badges. Five were being misused, and two had previously been reported stolen.

The council’s fraud team launched an investigation into 20 potential cases of fraud.

In November last year, a 24-year-old motorist from Ilford, was fined £200, and ordered to pay £200 costs, after pleading guilty to misusing a blue badge.

A spot check in Hendon had revealed that the badge had been issued by Warrington Borough Council to a person who had died three years earlier.

Statistics for lost and stolen badges in 2014-15, and the action taken by local authorities in England to tackle blue badge abuse, have been issued by the Department for Transport.

A breakdown of the figures for London indicates Barnet’s pitiful record in tackling misuse, given the high number of mislaid or stolen badges in circulation within the borough:

To report a fraud or misuse relating to a blue badge, telephone the council’s corporate anti-fraud team on 020 8359 2007 or visit www.barnet.gov.uk

If you suspect someone is illegially using a Blue Badge then you can download the form below to place on the car and report them to Barnet Council.

More in this category: « Signatures by the hundred in support of junior doctors Police station to close »