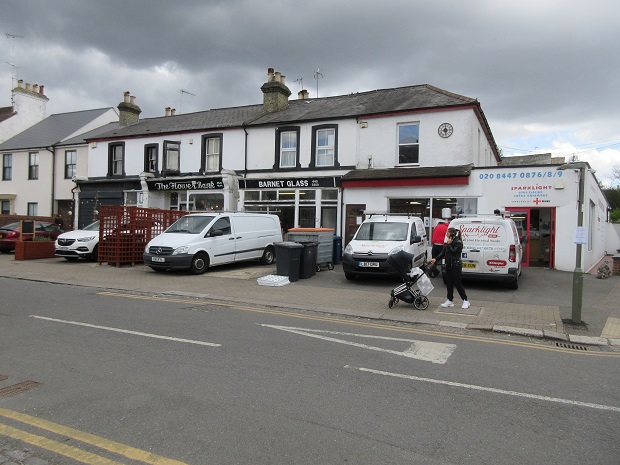 Barnet Council has given the go ahead for the forecourts of four businesses in Leicester Road, New Barnet, to become the site of a ground-breaking zero waste market selling produce assembled and made from surplus food, flowers, and other recycled materials.

Ursula Stone, founder of the pioneering Flower Bank, which finds new uses and outlets for surplus supermarket flowers, says she delighted to have obtained council permission in time to hold the first market on the afternoon of Sunday 23 May, from 12 noon to 4pm.

All four businesses at the corner of Leicester Road and Plantagenet Road have agreed to allow their forecourts to be used for market stalls once a month on Sunday afternoons.

Ms Stone says zero waste campaigners are lining up to prepare and sell items made from produce and materials that would otherwise have to be composted, incinerated, or go to landfill. Bedding plants and recycled goods will also be on sale.

“So much food is surplus and goes to waste and we have supporters ready and willing to turn it into tasty treats such as jams, chutneys, banana bread, vegetable curries, you name it, the possibilities are endless.

“Barnet Council has been lagging behind in encouraging the zero-waste movement and we are confident a zero-waste market on the third Sunday of every month will be extremely popular.” 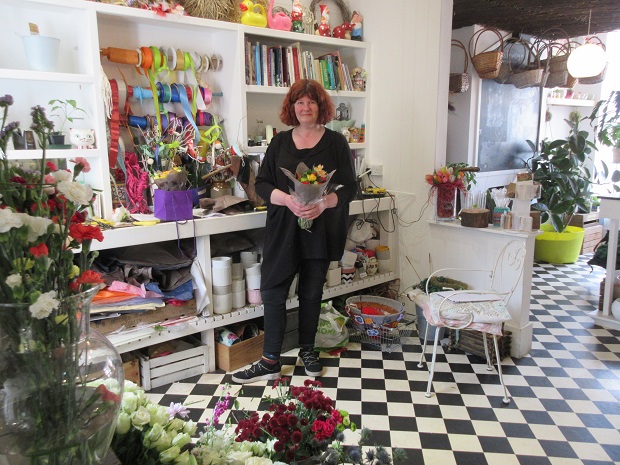 Ms Stone, who opened the Leicester Road Flower Bank in 2019, says her success in re-purposing surplus supermarket flowers is an indication of what the zero-waste campaign can achieve.

She collects flowers that are passed their sell by dates from Marks and Spencer supermarkets and uses them to make up bunches, bouquets and wreaths which are distributed to elderly and vulnerable people or resold for a nominal sum.

Flower Bank’s success only underlines what she believes is the potential demand for produce made from surplus food, fruit, and vegetables. 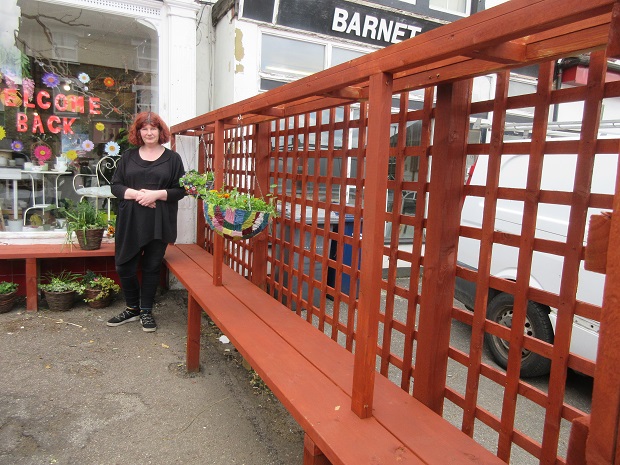 She has already installed a framework on her frontage for a street market and says her neighbours, Barnet Glass and Sparklight, are keen for their forecourts to be incorporated into the Sunday afternoon zero-waste market.

Two pilot markets attracted considerable support and Ms Stone has carried out a full consultation with businesses and householders in her immediate neighbourhood in Leicester Road and nearby streets.

“There was only note of concern as to whether a Sunday afternoon market would create traffic congestion, but we think most people will come on foot and we have promised to provide street marshals to ensure everything runs smoothly.

“Barnet Council tell me they are in favour of zero waste projects like this and the planning department has been helpful. Now we have the go ahead we can launch the market on Sunday 23 May and New Barnet can lead the way.”