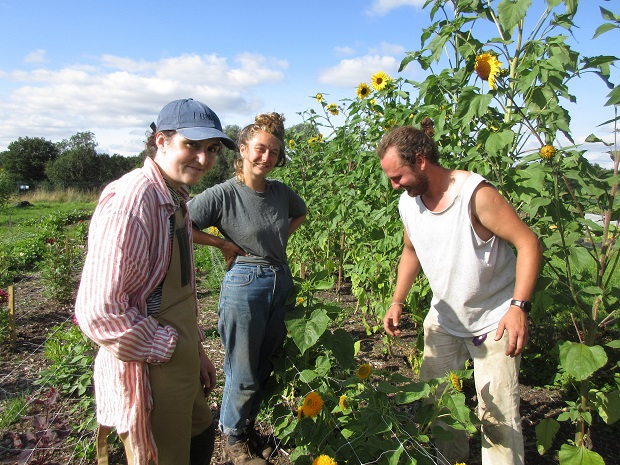 An open day at the Grow Farm at Totteridge Academy in Barnet Lane was a chance to see the transformation of an empty field into a community farm where local school children are taught the practicalities of food cultivation and have an opportunity to build up agricultural skills.

Educational charity Grow and Totteridge Academy hope to build up awareness of their work among pupils from local schools and strengthen community support for their plans to expand the farm by adding a multi-purpose outdoor classroom, accessible toilets, and a barn.

About a third of a six-acre field next to the academy is now under cultivation. 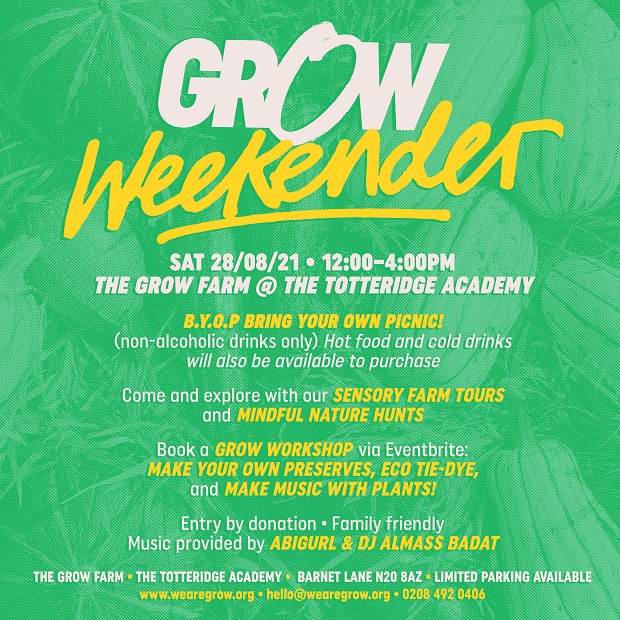 Approval for the project is in the balance because Barnet Council’s planning department is opposed to the construction of new buildings within the Green Belt – and an earlier application was refused.

Despite its founding commitment to protect the Green Belt, the Barnet Society supports the plan for a specially-built a classroom and barn because it will enable teaching to continue in all weathers and allow the farm’s produce to be properly stored.

Barnet councillor Paul Edwards, who represents Underhill, has called for a decision on Grow’s application to be taken at a meeting of the full planning committee so that it can be considered in public and Totteridge Academy’s representatives have the right to speak.

Grow has had increasing success in reaching out to local schools. In the coming academic year 200 pupils a week from Totteridge Academy will have outdoor classes as well as Learning from the Land sessions for children from four nearby primary schools. 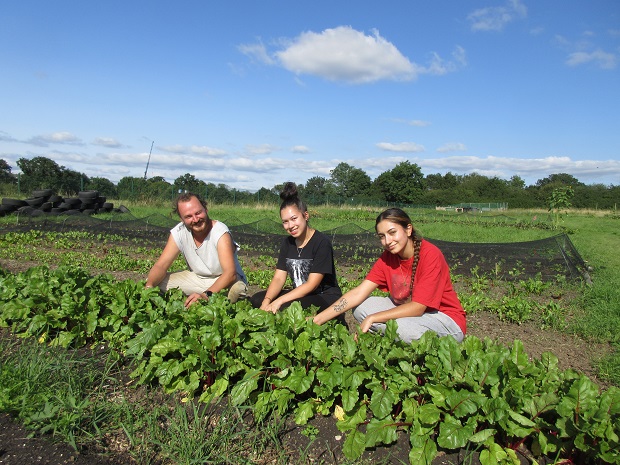 For the second year running, Grow has been taking part in the government’s Kickstart programme offering placements for young people – Scarlet Cook (left) and Tanya Sahin, both from Enfield, were inspecting the beetroot crop with grower Chris Haig. 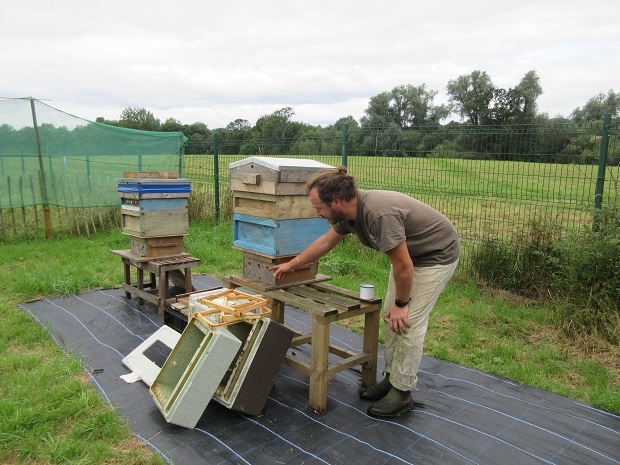 Mr Haigh’s has welcomed the farm’s latest addition – a second beehive for what Grow hopes will be a self-sustaining colony of 20,000 bees.

Lucy Gray, fund raising director, said that with the combined efforts of volunteers and school pupils a third of the six-acre field had now been cultivated.

Every Thursday afternoon there is a stall at the farm gate selling produce which this year has included courgettes, tomatoes, fennel, beetroot, cucumbers, and a range of salads.

“We have been so encouraged by the community engagement we have been experiencing and the recognition that the farm is an asset, an open and welcome space, and one which we hope Barnet Council will support.” 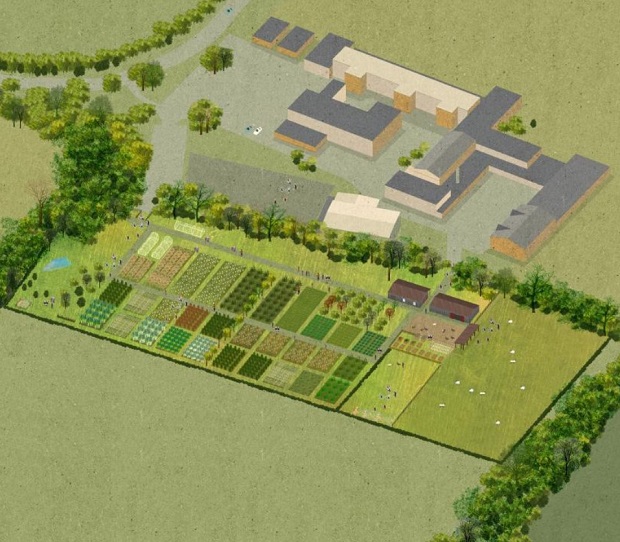 Robin Bishop, who leads for the Barnet Society on planning and environmental issues, says that an outdoor classroom and barn proposed by Grow – at the bottom right of the artist’s impression – are akin to traditional farm structures and inconspicuously sited.

“They would have minimal impact on the rural scene. On the contrary, by enabling a wider range of plants and animals to be cultivated, they would enhance the Green Belt’s environmental diversity.

“For Barnet Council to refuse permission would impoverish both our children’s understanding of nature and the landscape itself.”

Mr Bishop believes Grow’s initiative with Totteridge Academy in opening a community farm benefits not only the school and local community, but also returns a small part of the Green Belt to agricultural use.

“Chipping Barnet’s growth to national fame derived chiefly from livestock: for centuries herds were driven from across the country to their final pastures on the edge of the town, then sold at Barnet Market.

“Very little farming now takes place in the Dollis Valley; the Grow project would help reconnect us to our historical roots.”