Tree pruners hoping for another bumper crop for Barnet's foodbanks 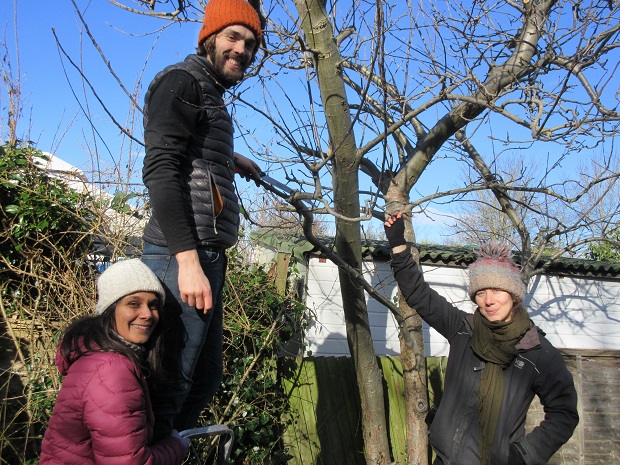 A day's work pruning some of the trees which produce fruit for Barnet's foodbanks was the latest initiative for volunteers of Barnet Community Harvesters.

Last autumn they collected not far short of 900 kilos of apples and pears which would otherwise have gone to waste, and they were distributed to food banks across the borough.

Daniella Levene, who established Community Harvesters in 2020 to pick unwanted fruit and vegetables, has organised a series of winter pruning workshops to care for the trees which provide the donated fruit.

The first workshop was held in the gardens of three adjoining houses in Sebright Road where the owners offer apples for collection.

Daniella (above far right) has a qualification in orchard management, and she instructed the volunteers on how best to cut out unproductive twigs and branches to encourage fruiting buds.

Volunteers Hiranya De-Alwif-Jayasinghe (above, left) gave support to Peter Berrecloth as he pruned one of the Sebright Road trees which had re-rooted itself after being blown over the Great Storm in 1987.

“It is great fun coming to these gardens and pruning the trees. Lots apples were collected here in Sebright Road last autumn, so it is great to have the chance to care for the trees,” said Hiranya.

Daniella explained that the aim was to cut out dead and diseased branches – and especially inward branches crossing over the tree – to open it up to air and sunlight and help direct the tree’s energy to the fruit.

“You must not cut out too much wood – no more than 20 per cent, and only ten per cent in old trees,” said Daniella. 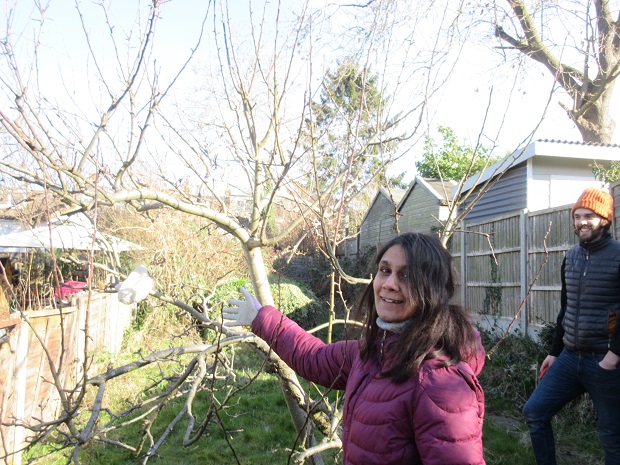 “Once you have finished, the test of successful pruning is to see whether you can throw your hat through the branches without it catching” – a feat which Hiranya accomplished with ease on one of the newly-pruned trees. 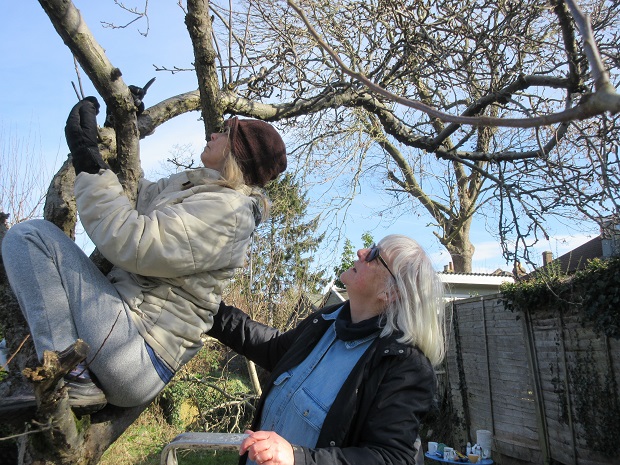 Tackling another tree were Hilary Vernon-Smith (right) who gave vital support to Clare Martin as she pruned out unnecessary aerial shoots.

“We have learned so much already,” said Hilary. “You have to know the difference between the vegetative buds, which just produce leaves, and the fruiting buds.

“There is a lot to understand, like the angle at which to cut out a branch, and the importance of cleaning tools between each tree so as to avoid passing on diseases from one tree to another.” 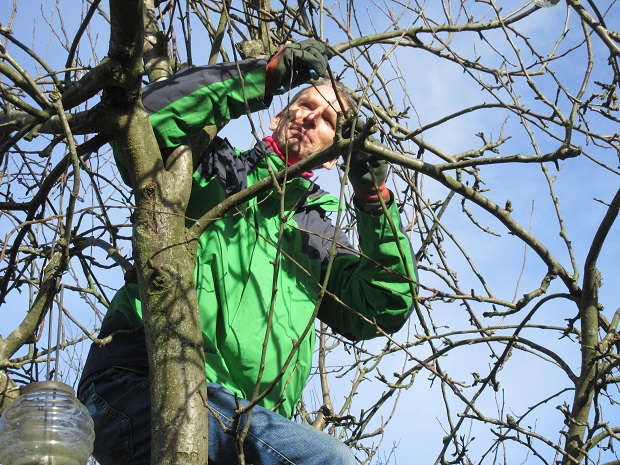 Another volunteer high up in a tree was Chris Schwarz who was assisted by Linden Reilly. “It is really challenging to look for the three branches that need to be pruned – those that are damaged, dead or diseased,” said Linden.

Helen Harte, one of the three Sebright Road householders, who hosted the volunteer pruners, was delighted to give Community Harvesters the opportunity to care for the trees.

“Given the age of the houses in Sebright Road many of these trees are well established and do need a proper pruning. We are delighted as householders to think that our surplus apples aren’t going to waste, and Community Harvesters does a marvellous job in supplying them to food banks.”

Last autumn the volunteers collected 869 kilos of apples and pears across the borough – which according to Sustain’s Harvestometer had a value of £4,001 – which was slightly down on the 1,000 kilos collected in the autumn of 2020.

“We are looking forward to collecting fruit again this autumn and judging by the demand from foodbanks, we’ll have no difficulty distributing the produce.

“More and more fresh produce is now available at food banks and if all goes well, we might have enough apples for more juicing and have sufficient other fruit and vegetables for chutney.” 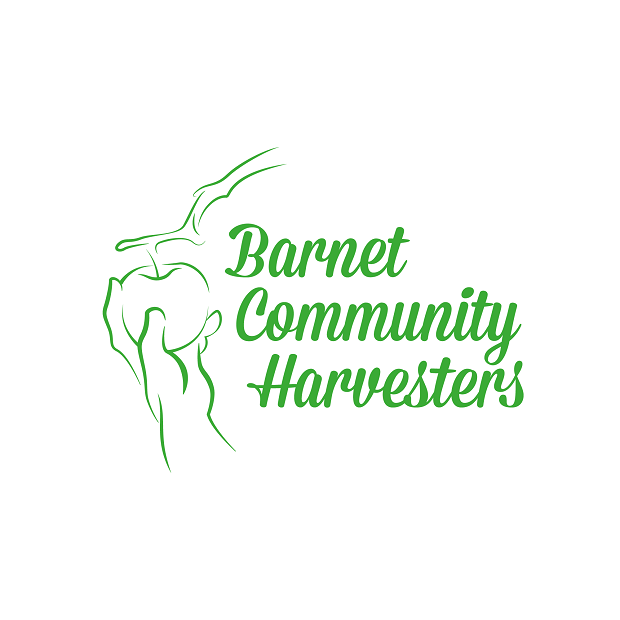 Share the harvest, stop waste, and support your local community