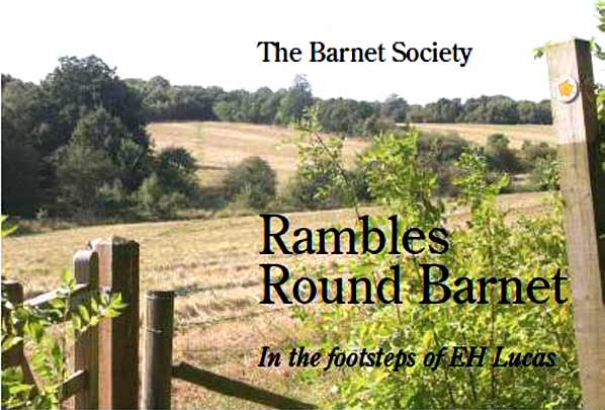 The closure of this public footpath was noted in the update of 11th September 2013 as it is referred to in ‘Rambles Round Barnet Part 1’, Walk 1, paragraph 7. The footpath was closed off in about early autumn 2013, without permission, and was reopened this October after a considerable amount of disturbance to the residents of Lime Grove during the 2 years.

Re-routing of Pubic Footpaths in the Ridge Area

Local walkers using ‘Rambles Round Barnet Volume 2’, W alk 5 (iii) as a guide to a circular route from Ridge Village towards Mimms Lane and Catherine Bourne will have noted the warnings about several public footpaths in the area being ploughed up and not correctly reinstated, contrary to the requirements of statutory law.

This presented an especial problem for walkers attempting to follow the guide notes of paragraphs 1 and 2 as they walked away from St Margaret’s Church towards Littleridge Wood. Happily, the landowner has now put in place a low, open-frame wooden fence with a metal kissing gate allowing easy access to the footpath that runs along the far side of the fence to the corner of the field.

It would be gratifying to think that this improvement has resulted from the very unlikely event of the landowner buying a copy of the ‘Rambles Round Barnet’ booklet. The most probable reason for this change is the proposed closure of a nearby public footpath that runs through Crossoaks Farm, itself not part of a route in the ‘Rambles’ booklet.

There is a minor change to the footpath leading to Mimms Lane which is described in paragraph 5. Just follow the recently created footpath to the road and ignore the original route which is still visible to the left.

App Guide to This and Other Featured Walks

Members will probably have seen the feature on the Society website, written by Nick Jones on 2nd October, detailing the app that will guide users round three of the walks listed in ‘Rambles Round Barnet Volume 2’. Walk 5(iii) is one of these walks and the tour, including photographs and audio accounts of how to follow the entire 2 miles walk, can be viewed at home on a PC as well as installed on a smartphone and used as guide during the walk itself.

Members considering this, and other routes, as a winter walk are reminded that wellies are often more appropriate footwear than walking boots. Several of the photographs in the app guides were taken after weeks of heavy rain earlier this year. They are retained in the apps as a warning of how very difficult many of the local footpaths can be throughout the winter.

As always, please let me know of any errors or inconsistencies that you find while using the two ‘Rambles Round Barnet’ guides or the ‘Updates’.  An email to This email address is being protected from spambots. You need JavaScript enabled to view it. will allow me to check out the errors and the corrections will then be published on the Society website.

More in this category: « Smartphone app for Barnet Ramblers Updates for ‘Rambles Round Barnet' 31st May 2016 »