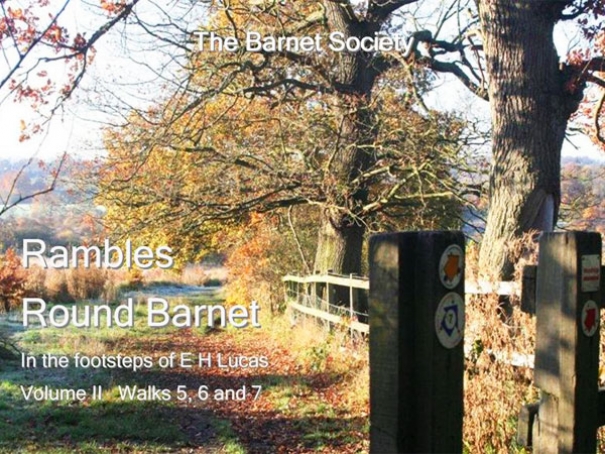 Rambles Round Barnet
Members will recall that a previous update on 11th September 2013 referred to the closure of the Totteridge Village/Lime Grove footpath in the summer of that year without any notice showing an alternative route back to the footpath.

This was of particular concern as it was included in a walk described in Part 1 of the ‘Rambles’ books.  Phone calls to officials in the Highways Department in early September suggested that no official permission for this closure had been granted by the Local Authority.

An official ‘Temporary Closure’ notice was issued on 24th October but the alternative route suggested in the notice left the walker halfway down Oaklands Road with no clues as to how to regain the footpath.

On 7th January this was pointed out to the official responsible for issuing the notice. As the notice remained the same on 18th February, the builder was contacted and he agreed that we could display a notice on the barrier showing the very simple alternative route referred to in the previous update last September. That was put in place on 27th February.

It will come as no surprise to local walkers to read that many of the footpaths used in the ‘Rambles’ books are wet and muddy after 2 months of exceptionally heavy rainfall.  One factor that is worth mentioning is that some of those in the South Mimms/North Mymms area and those in Totteridge and Mill Hill that are still used by dog walkers and hardy hikers really are ‘seas of mud’, probably much more so than in previous years. Wellies might well be a better choice even than boots in such conditions for ramblers who find that wet feet blister readily.

A NOTE FOR BUZZARD SPOTTERS

Twice in the last few weeks buzzards have been seen soaring above Hawkshead Wood in South Mimms. The photograph Fig. 2.2 in Part 1 of the ‘Rambles’ books shows Hawkshead Wood on the left with a swallow hole at the bottom of the adjacent field. This swallow hole could swallow no more in late February and had become a sizeable lake.

More in this category: « Rambles Round Barnet Part 2 Smartphone app for Barnet Ramblers »