Is New Barnet's gasometer about to disappear from landscape? 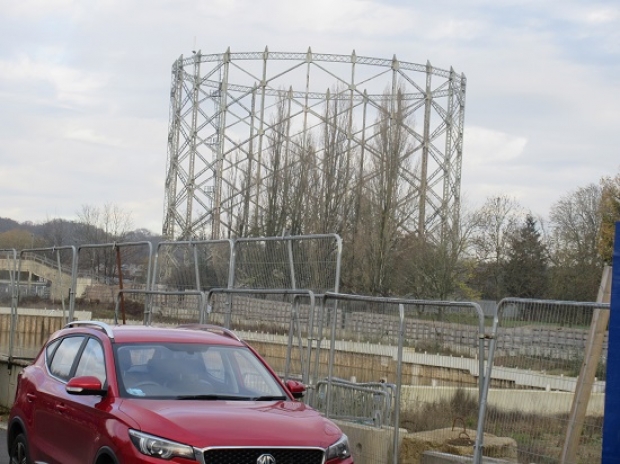 New Barnet's decommissioned gas holder as seen from Albert Road
National Grid has applied to Barnet Council for permission to demolish New Barnet's redundant gasholder saying it is a safety risk and wants to free up the land for residential development.

Local residents are divided, some arguing that the gasometer, built in 1934, is a local landmark that should be incorporated into any future development of the former gas works site, while others consider it a rusty, ugly eyesore that should have been pulled down years ago.
An application to build a line of tower blocks on much of the already vacant gas works site – to be known as the Victoria Quarter – was unanimously rejected by the planning committee in September and is now awaiting a decision by the Mayor of London.

National Grid Property Holdings says that the frame of the 38 metre high column guided gasholder – which had a capacity of 2,000,000 cubic feet of gas – has no “particular historic or architectural merit” and has “little, if any, heritage value”.
Retaining this redundant structure would represent a “significant management and maintenance commitment” which was unreasonable and unjustified given the fact that the gasholder constituted a “significant security and safety liability”.

Objectors to demolition urge Barnet Council to reject the application and to follow other examples where historic industrial structures have been incorporated into new housing developments.
Apartments and penthouses have been constructed inside the Grade II listed cast-iron gasholder frames near King’s Cross Station and similarly developers have preserved Battersea Power Station and its chimneys as part of an extensive residential redevelopment. 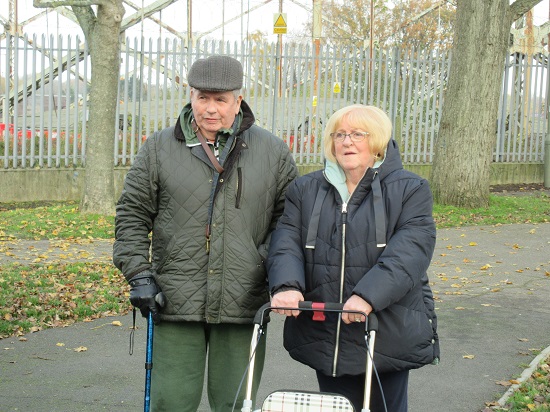 Passers-by in the adjoining Victoria Park reflected the views of one of the objectors on the council’s planning website who said the New Barnet skyline would be better off without the gasholder frame and that local people would remember it was there, without having to see it.
Mr and Ms Dan Pinner who regularly walk past the gasholder frame said it was rusting away and should have been taken down years ago.
“I’m generally in favour of preserving historic structures but this is just an eyesore,” said Mrs Ann Pinner. 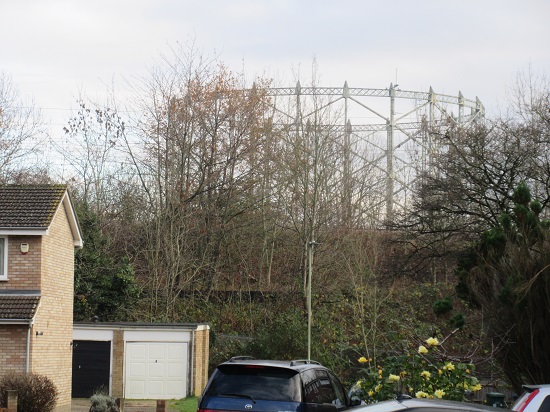 Most of the objections registered with the council deplored National Grid’s attempt to remove one of the last reminders of New Barnet’s industrial heritage.
“It is an iconic structure and brings character to the area,” said one post. Another objector called for the frame to be stabilised and retained as a reminder of New Barnet’s history.
If it be could retained in some way, as with the King’s Cross gas holders, the structure would have more “architectural interest than the dull blocks of flats that are proposed. Save out gasometer!”

Karen Kiil, another passer-by in Victoria Park and long-time Barnet resident, sided with the objectors.
“We need some imaginative thinking here. The structure should be preserved.
“If climbing plants were trained on the outside frame, the inside of the gasometer could become a shady garden which would be an ideal place for people to sit out.”
National Grid is proposing that the gasholder and gas tank would both be dismantled to its concrete base and other redundant pipework would be removed. 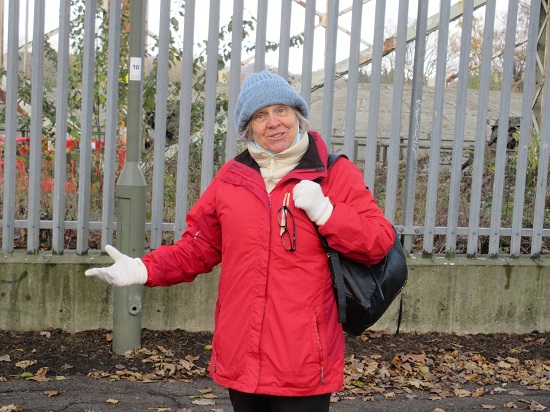 Adjoining the decommissioned gasometer is a work and storage area which includes operational gas pressure reduction stations operated by Cadent Gas Ltd.
The Albert Road gas works was recorded in plans of 1867 and over the decades was extended further north alongside the East Coast main railway line.
The gasholder, the last on the site, was built in 1934 and operated by the Barnet and District Gas and Water Company.
During its decommissioning it was purged of gas, isolated, and collapsed to its lowest level. 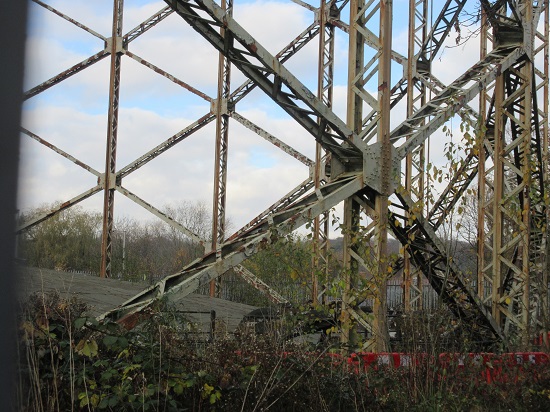 A “tried and tested” method of dismantling gasholders has been developed and the work would take approximately 12 months. Over 90 per cent of the steel from the gasholder would be recycled.
In supporting the application, National Grid pointed to the council’s current local plan for the area, which has been out for consultation, and which designates the gasholder site for residential led development with ten per cent community uses.
An indicative residential capacity of 190 residential units is proposed over a development timeframe of 11 to 15 years.
There were over 1,000 objections to the Victoria Quarter scheme proposed by Fairview New Homes and One Housing Group to build 652 flats on the gas works site in a redevelopment that would have comprised 14 new buildings, with one block ten storeys high.