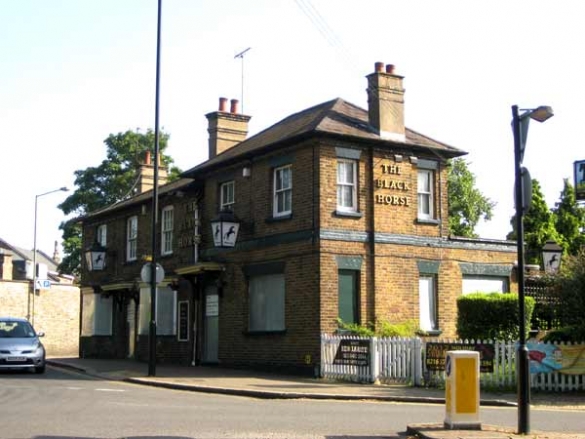 Like so much of the rest of the country High Barnet is losing its historic public houses at an alarming rate. The Black Horse at the junction of Wood Street and Union Street is the latest to boarded up but Punch Taverns say the closure is only temporary and the company’s “priority is to reopen the pub as soon as possible.”

A planning application has been submitted for a single-storey extension at the rear of the premises and also a new terrace in the garden – an application which it seems might gain the approval of Barnet Council’s planning team.  New brickwork would match the existing appearance.

But two pubs within a hundred yards of The Black Horse have already closed for good. 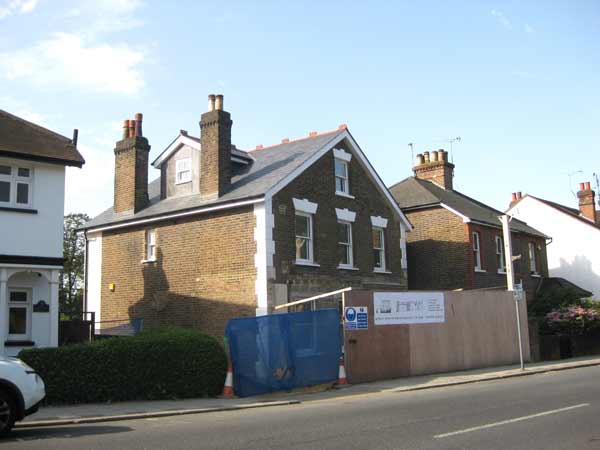 The Alexandra, further along Wood Street, at the other end of Ravenscroft Park, is currently being converted into a house and The Albion in Union Street has recently been redeveloped into Albert Cottages, a row of three terraced houses.

The Black Horse, fronting on to the Wood Street conservation area, has always been a popular summer pub and its garden is often crowded with customers.

But once it closed for business in mid August it began to present a forlorn sight.

Its windows have been boarded up with steel shutters, notices on the walls warn that the empty property is being monitored with alarms and the unkempt garden and overgrown flower beds are littered with old posters, empty tables and chairs.

There is always a great familiarity about the names of pubs in former coaching towns and Chipping Barnet is no exception.  Two local hostelries which are still going strong – The Red Lion and The Arkley – have had the added bonus in recent years of appearing on bus destination boards.

But the future is bleak for the smaller pubs

But the future is bleak for the smaller pubs in side streets, especially if they have been unable to trade profitably either as a local eatery or have become a favourite of the real ale fraternity.

Two pubs at Hadley Highstone have suffered the same fate as the two which have closed near Ravenscroft Park.  The much-loved King William IV – 17th century, timber framed and weather boarded – was converted into a restaurant some years ago but is now in residential use.  It is a grade II listed building having been listed by English Heritage in 1983.

Hadley Highstone’s other well-known pub The Windmill was also refurbished and traded as a fish restaurant for some years before also being converted into a house. 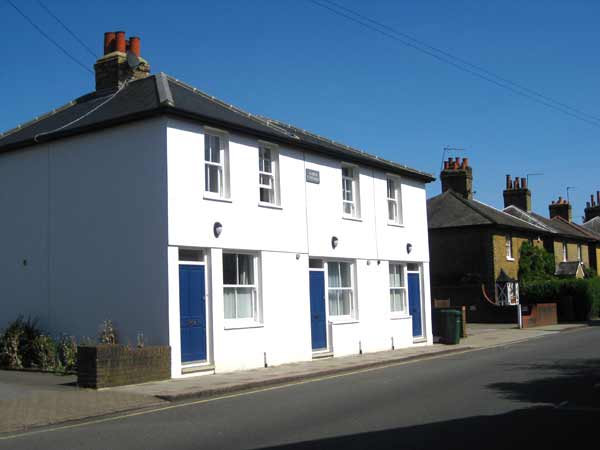 It was named after the 17th century windmill at Mill Corner and was a local landmark as was The Two Brewers, one of Hadley Highstone’s most famous hostelries, owned at one time by the former Hadley Brewery.

After being boarded up it was burned down in a fire in 1990 and was replaced by houses – a reminder of what can happen once a pub ceases trading and the property is left empty!

A number of pubs in the centre of Barnet have also closed in recent years.

The Crown and Anchor, an old and proud pub at the top of Barnet hill, opposite St John’s Church, has been converted into offices.  Close by in the High Street are two of Barnet’s most historic pubs, The Red Lion and on the opposite side road The Mitre Inn, the oldest remaining example of the coaching inns with stable yards at the rear which used to line the High Street.

Although changing social habits and price discounting of alcoholic drinks by supermarkets are said to be factors responsible for the decimation of Britain’s pubs, the burgeoning trade in take-away food has led to new commercial opportunities and again

Barnet has proved no exception. Barnet’s High Street demonstrates why pints have to make way for pizzas!

Barnet’s rich heritage of historic public houses is chronicled in Barnet’s Pubs: Another Round by Richard Selby.