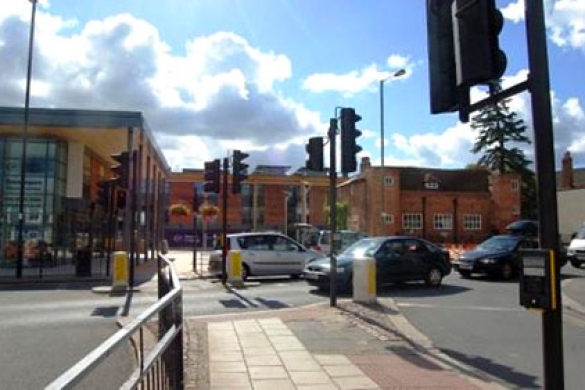 In spite of the Barnet Society having drawn up plans for improving the junction of the High Street and Wood Street at the top of Barnet Hill over a year ago and the new Barnet College having opened last September, the Council have made very little progress on the proposals.

Money from a Section 106 Agreement (also known as ’planning gain’) attached to Barnet College’s planning approval was set aside for such improvements and, we argue, should have been made in good time for the opening of the new College in order to provide a safe crossing for students at this busy intersection.

However the Council’s Traffic Department decided to start by looking into stopping off the left and right turns into/from Wood Street, which needed consultation with Transport for London and a trial closure before it could be progressed.

At the eleventh hour

At the eleventh hour, the trial was stopped by Councillors and the plans now have to start again from scratch.

In the meantime, of course, students have to negotiate the inadequate pedestrian crossing and the opportunity to provide improvements for both pedestrians and for streetscape (tree planting and better paving) at this historic and principal junction in the town centre is being delayed.

We continue to fight for these improvements and to ensure the money allocated is not lost.