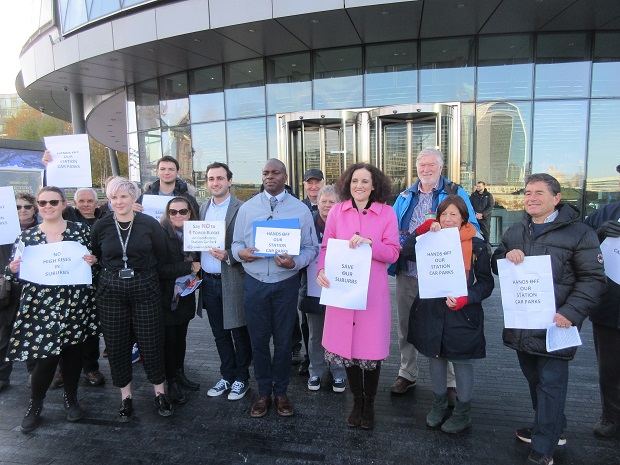 Campaigners against high-rise blocks of flats being built on tube station car parks -- including High Barnet, Finchley Central, Cockfosters and Arnos Grove -- staged a spirited protest during the last question time session for the Mayor of London at City Hall.

At one point the chair of the London Assembly Andrew Boff appealed to supporters in the public gallery to curb their protests.

Mayor Sadiq Khan struggled to make himself heard over a barrage of shouts as he insisted there was sufficient space for car parking but a “chronic shortage of affordable housing”.

Revised plans for 351 flats at Cockfoster tube station car park by developers Grainger and TFL are currently being considered by Enfield Council.

Theresa Villiers, MP for Chipping Barnet, was joined by campaigners from the London Boroughs of Barnet, Enfield and Harrow who are opposed to the loss of car parking space which they argue is essential for the disabled and women passengers, especially at night.

Campaigners lined up outside City Hall before the start of questions and are seen above, from left to right, with Barnet councillor Nicole Richer from East Barnet (far left), Enfield councillor Alex Georgiou from Cockfoster, Assembly Member Shaun Bailey and Ms Villiers. 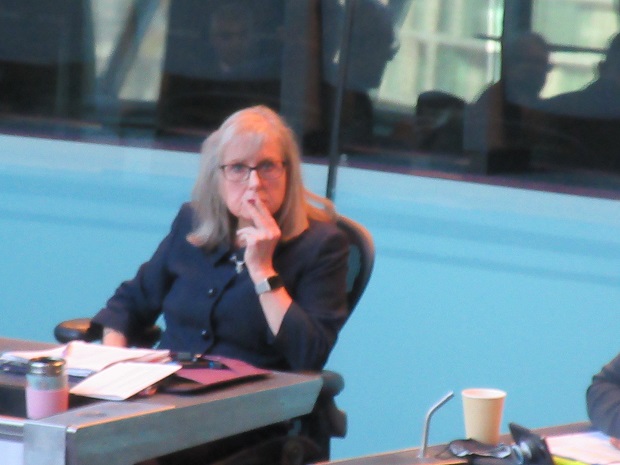 Greater London Assembly Member Susan Hall, leader of London Conservatives, spoke on behalf of the campaigners, demanding to know why Mayor Khan was intent on building tower blocks on station car parks “against the wishes of thousands of local residents and three local planning committees”.

She was cheered by campaigners in the public gallery when she reminded the Mayor that “thousands of people” had signed petitions to save their tube station car parks – and the latest handed in that morning by Ms Villiers was from 2,600 people calling on the Mayor to drop TFL’s plans to build six blocks of flats on the High Barnet car park.

“Will you listen to them…and give some answers” said Ms Hall to renewed applause from the public gallery.

Mayor Khan insisted that there was full consultation with local planning authorities, and he reminded the Assembly that TFL was required by the government to propose redevelopment on sites that were surplus to London Transport’s requirements.

At this point the chair called on the campaigners to stop calling out and to refrain from commenting any further. 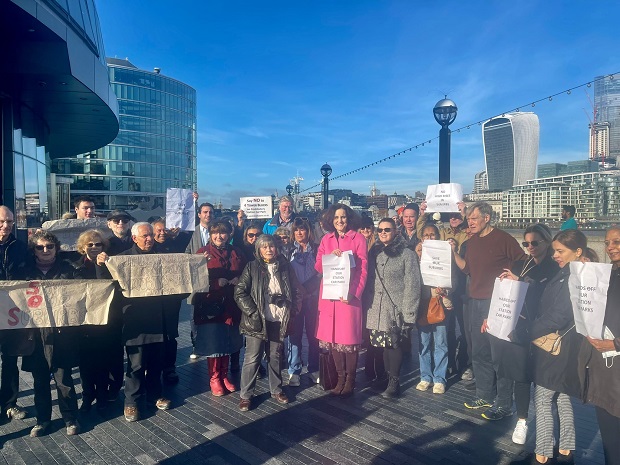 Outside City Hall, which was staging its last question time before the Assembly moves to new premises, Ms Villiers told the campaigners that the purpose of the rally was to “Save Our Suburbs”.

Building over tube station car parks was unacceptable and unnecessary as there were plenty of brown field sites suitable for housing redevelopment.

High rise blocks were “wholly out of place” in a low-rise outer-suburban environment and would flout a long-standing approach to planning rules in the outer suburbs.

Ms Villiers stressed the importance of tube station car parks to many of those using end-of-the-line stations like High Barnet.

“Loss of car parks would mean many women returning home late from work will face real security concerns waiting at bus stops at night or trying to find a taxi.

“Disabled people will be hard hit too because they are more dependent on their car transport than others for whom walking or cycling could be an option.

“And commuters living outside walking distance of their local station will be left struggling to get to work.”