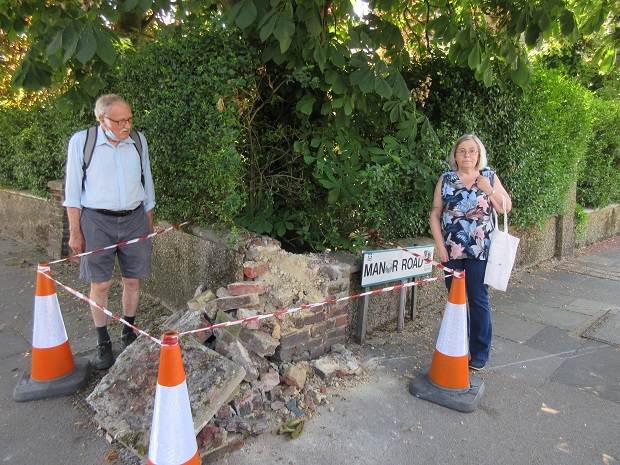 Nearby residents and pillar box enthusiasts are urging the Royal Mail to replace one of High Barnet's historic post boxes which was demolished during a car crash at the junction of Manor Road and Wood Street.

The Manor Road post box – unlike the much more common free-standing red pillar box – was set into a brick column at the road junction. 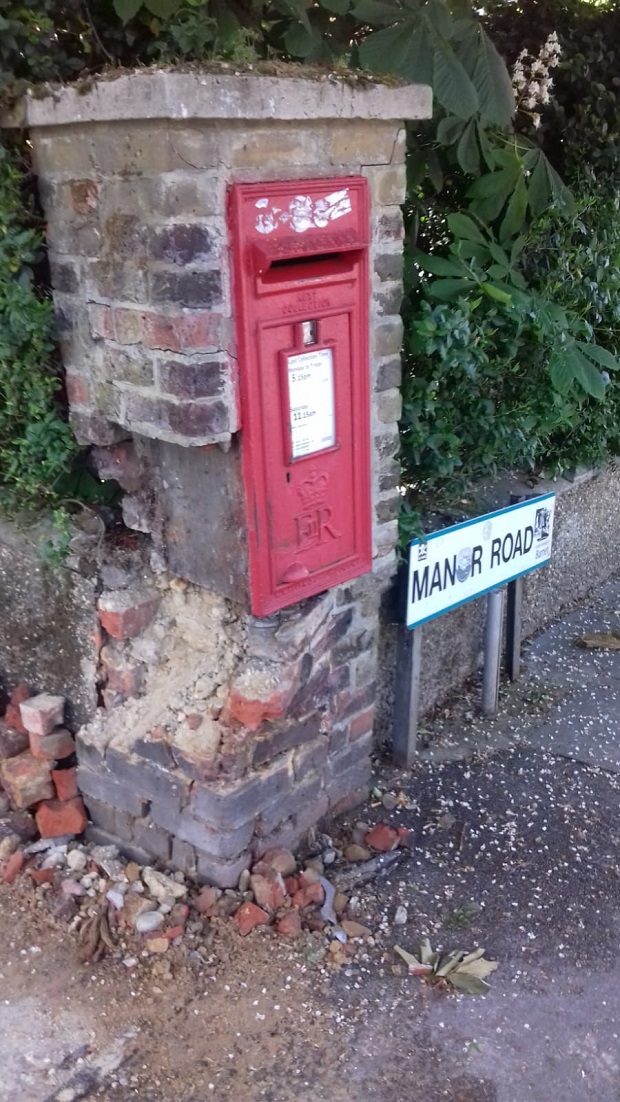 Because of its age, small size, and unusual setting, this iconic wall letter box was an appealing feature of the Wood Street conservation area.

All that remains is a pile of rubble – much to the dismay of pillar box enthusiast Geoffrey Crabtree and Mrs Teresa Montano who lives in the house on the corner.

They are both urging to Royal Mail to ensure that the letter box is reinstated but in recent years there has been a steady reduction in the number of pillar boxes across the country.

The Manor Road post box dated from the 1930s and initially it had the rare insignia of King Edward VIII.

Due to his abdication in 1936, only 160 pillar boxes in the country have the Edward VIII cipher – and when the door of the Manor Road post box had to be replaced in the 1990s the new door had the insignia of Queen Elizabeth II.

Mrs Montano said the brick column holding the post box was partly demolished in a road accident between a car and a motorbike. Before the brickwork could be repaired a group of youths pushed the column over and the post box fell to the ground.

“The next thing we knew was that a Royal Mail truck arrived, and two men picked up the heavy metal box, and it was taken away.

“I used to post letters in the box all the time and I do hope the wall and brick column are repaired so that post box has been restored.”

Mr Crabtree, who is surveying post and pillar boxes in and around Barnet, fears the Royal Mail may decide the Manor Road post box is no longer needed.

In recent years, a pillar box was removed when the Wood Street sub-Post Office closed and that had followed the earlier removal of another pillar box in Wellhouse Lane.

Three months ago, after a road accident in Friern Barnet Lane another pillar box was not reinstated.

“Historic post boxes like the one at the top of Manor Road are part of Barnet’s heritage and should be preserved. 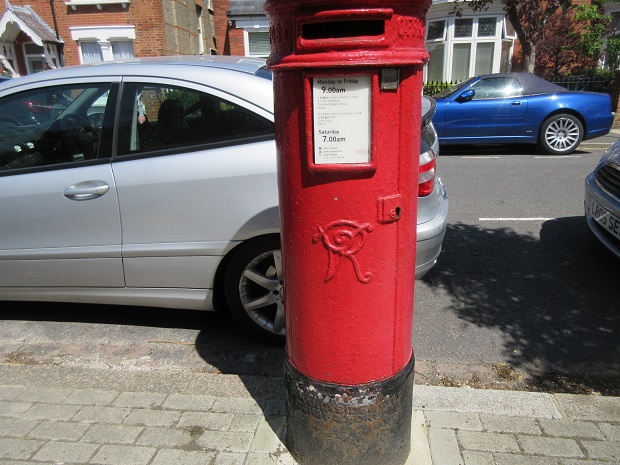 “We are very lucky to have quite a few early post boxes in the area. There are pillar boxes from the reign of Queen Victoria in Ravenscroft Park (see above) and Gloucester Road, New Barnet, and another wall box with the VR insignia on the side of Woodside Park tube station.”

So far Mr Crabtree has photographed over 200 local post and pillar boxes – a hobby that he developed when out walking during lockdown.

He said the locality was well endowed with the rare pillar boxes with the Edward VIII cipher, with other examples in Waggon Road, at Southgate tube station, East Finchley, and Enfield.