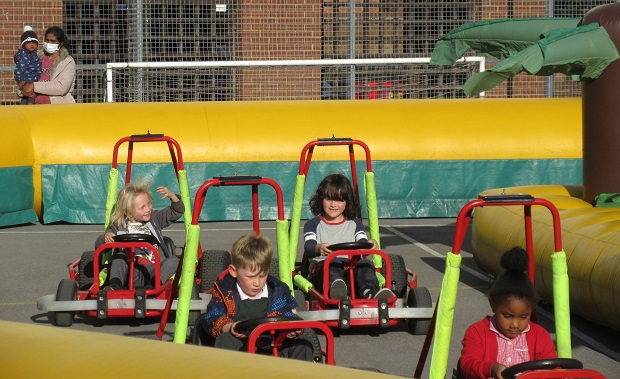 Electric go-karts and a bouncy castle were just two of the attractions at a free fun evening to attract new recruits to the 1st Barnet Boys' Brigade and Girls' Association.

After being closed and empty for the long months of lockdown, Ewen Hall at the Barnet United Reform Church in Wood Street is once again humming with activity on Mondays and Thursdays as youngsters gather for sports and games and arts and crafts.

The Boys’ Brigade and Girls’ Association resumed their twice-a-week evening sessions after the Easter school holidays and are actively seeking younger members.

Because of the year lost through lockdown the intake of new children was disrupted and 30 or so places are vacant in the 90 strong group.

The free fun evening was for children aged five to seven – in reception and year one and two at school – and the turn out delighted the brigade’s long-standing captain Alan King. 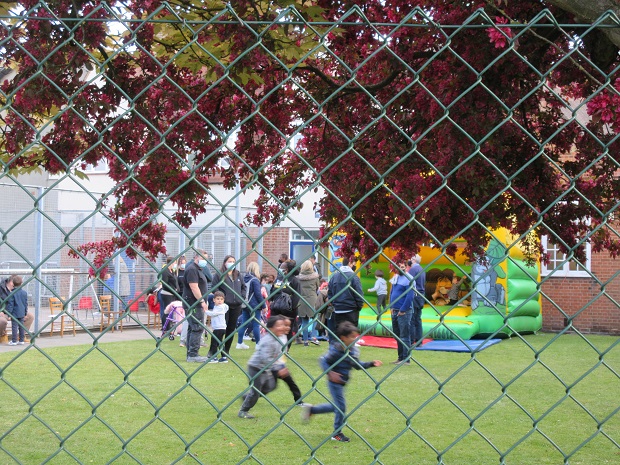 Children queued up for a chance to drive a go-kart or to climb on to the bouncy castle and the squeals of delight from the tennis court and gardens at the rear of Ewen Hall delivered a much-needed splash of life and colour to Union Street.

Slowly but surely the Boys’ Brigade and Girls’ Association are resuming their full programme of activities.

A summer camp for around 30 children has already been booked at a site in Great Yarmouth – all that is needed is the final confirmation from the government that summer camps are getting the all-clear to restart.

Another popular fixture are the fund-raising jumble sales held three times a year at Ewen Hall. Jumble is again being donated by friends and supporters but once again their return is awaiting a relaxation in the lockdown rules. 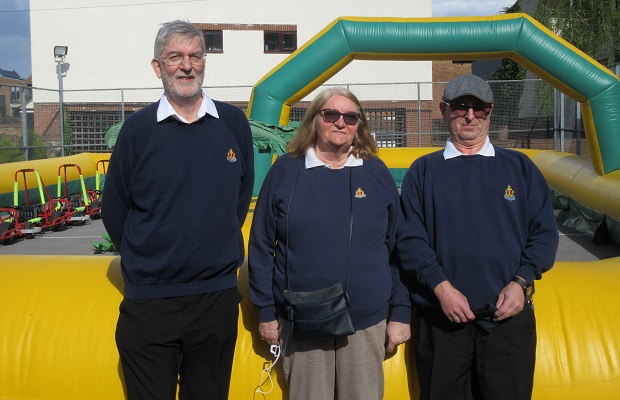 Mr King (left) has been a leader for over 40 years and much of the brigade’s success is down to his commitment and indefatigable enthusiasm. He is known to hundreds of Barnet boys and girls, having joined as a leader in 1974 and becoming brigade captain three years later.

He is seen here with two long-standing leaders Roger and Christine Taylor. Mrs Taylor said she had so missed her evenings twice a week at Ewen Hall and it was so encouraging to see such a great turn out for the fun evening.

During lockdown, quizzes were posted out to children and youngsters and the answers released on the group’s website.

“Nothing beats getting back in action once again and welcoming youngsters back to Ewen Hall,” said Mr King.

“Children need to catch up on all they have missed during a year of lockdown and the activities were provide are crucial to their development and well-being.”

Monday evening sessions from 5.30pm to 8pm are for children in years three, four and five.

Thursday evening sessions from 5.30pm to 7pm for children in reception and years one and two.

Thursday evening sessions from 7pm to 9pm for young people in year six and over.