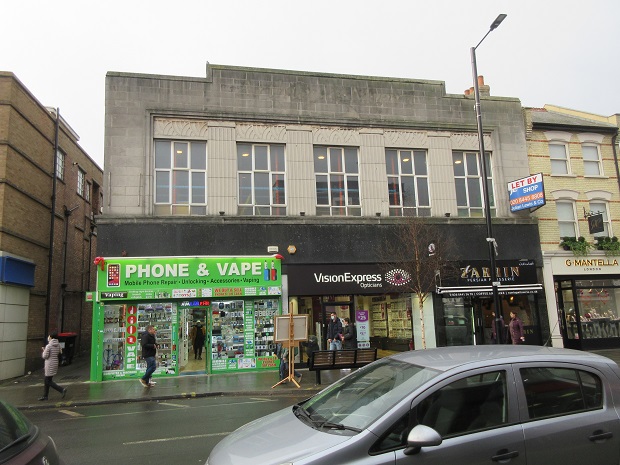 An iconic building in Barnet High Street -- the much admired art deco frontage of what was once a Montague Burton menswear shop -- is about to get a new lease of life when the upper floor is converted into a soft-play area for toddlers and small children.

Work is well underway installing a range of play equipment in the large hall that in previous years has been a snooker hall and dance studio until becoming vacant last year. 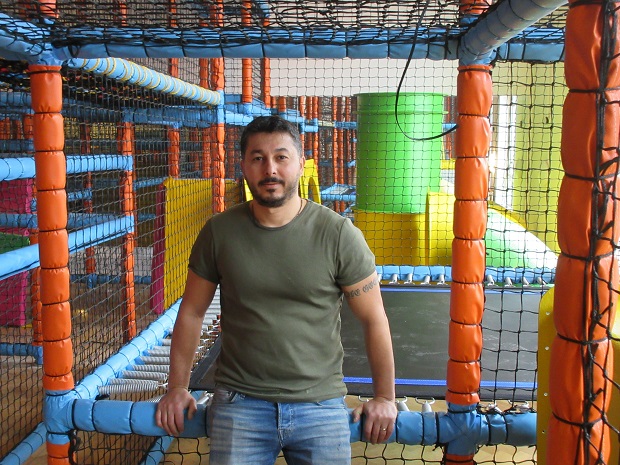 Dean Saeed, proprietor of the Totteridge Gymnastics Club, hopes his new venture will tap into the demand in and around High Barnet for a soft play area for toddlers and small children.

Due to open in mid to late February, it will be named the Red Stairs Soft Play centre, after the plush red carpet on the stairs that lead to the first floor.

Parents who take children to Mr Saeed’s gymnastics club at Totteridge Academy – for children aged four to fourteen – have told him that Barnet lacks a safe soft play area for smaller children.

There have been proposals before to open a play centre for small children close to the town centre, but they failed to take off. 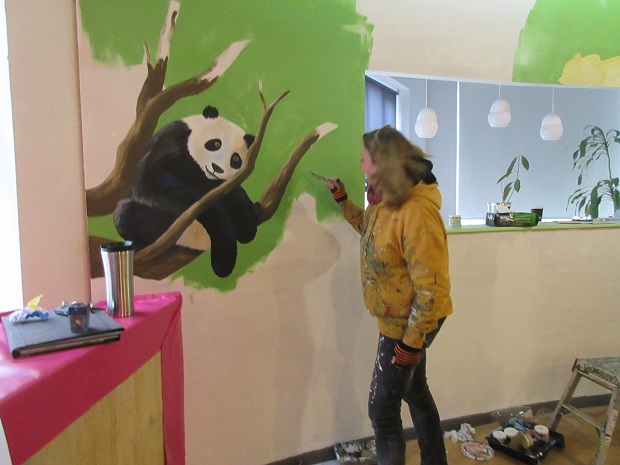 Mr Saeed has secured a ten-year lease on the first floor and with the help of mural artist Sarah Hodgkins of Charlotte Designs he has been decorating the cafe area where parents can wait while their children play. 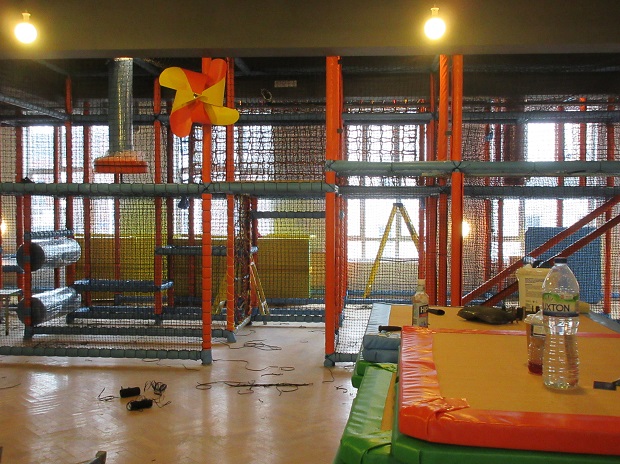 Soft-play equipment will include a trampoline, slides and climbing ropes and the play area will be able to accommodate between 20 and 25 children at any one time.

Until June last year, the upper floor was an Arthur Murray dance centre which closed last June after failing to make it through the Covd.19 lockdown.

A planning application was submitted to change the use of the upper floor for possible conversion for residential use, but Mr Saeed has secured the tenancy.

A spokesman for the Arthur Murray American dance chain told the Barnet Society last year that its Barnet branch had to close because due to lockdown and because of the requirement for dancers to wear masks and visors there was insufficient custom.

“We tried so hard to keep going in Barnet, but we just couldn’t survive.”

Arthur Murray established his first dance studio in 1912 and the franchise claims it has helped to teach the world to dance – having taught over 35 million people at its dance schools, including celebrities such as Ingrid Bergman, Jane Fonda, Michael Douglas, Madonna, and Clint Eastwood.

A London studio of the franchise was opened in Baker Street in 2008, a second followed in 2009 in Kilburn High Road and the Barnet studio was opened in December 2014.

The first-floor hall in the High Street provided a large dance floor which was said to provide comfortable space for ballroom and Latin dance classes.

Up until the 1980s, the hall had been home to the famous North Twenty dance studio, and although converted for several years for use as a pool and snooker hall, it reverted to a dance studio after being restored to its original glory by the Arthur Murray franchise.

The art deco frontage to the building was a feature of many of the Montague Burton menswear shops which were built in the 1930s.

In recent years several of the former shops have been converted for residential use and conservationists fought hard to ensure that the art deco facades were preserved. 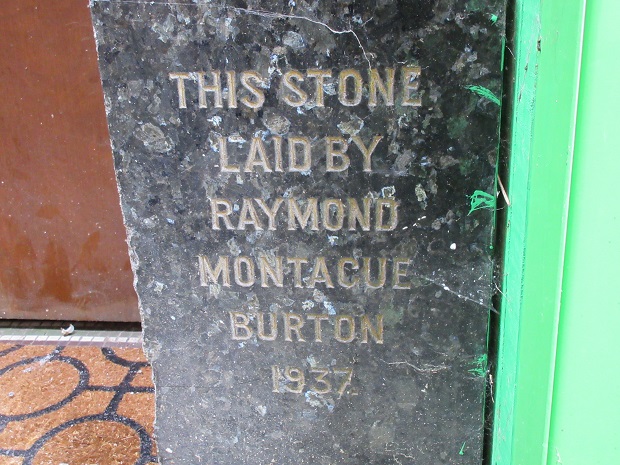 Foundation stones for the shops, all in the same emerald pearl granite that Burton used across the store base, were laid by Montague Burton’s three sons, Raymond Montague Burton, Arnold James Burton, and his youngest son Austin Stephen Burton.