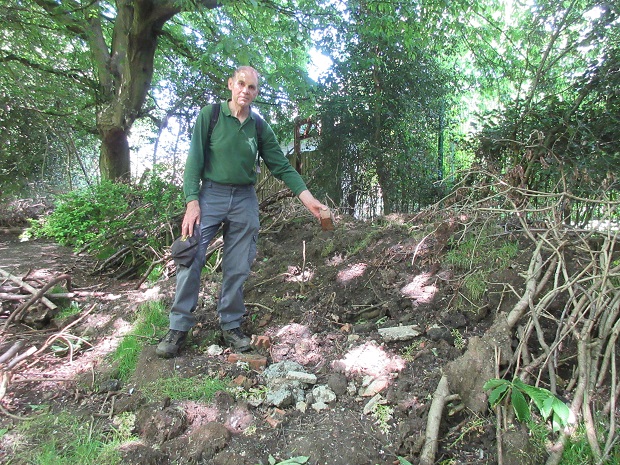 Fly tipping of garden rubbish and even builders' rubble has become a worrying problem along the edges of Monken Hadley Common - and the worst offenders are a few of the owners of the priciest properties in roads such as Parkgate Crescent, off Camlet Way, and Fairgreen, off the Cockfosters Road.

Recently several tons of broken bricks and concrete, together with soil and rotten branches, have been dumped inside the perimeter of the common from the rear of high-end houses in Parkgate Crescent.

Curators of the common fear it will cost several thousand pounds to clear the woodland.

Steps are having to be taken by the trustees to identify the culprits in an attempt to recover the costs. 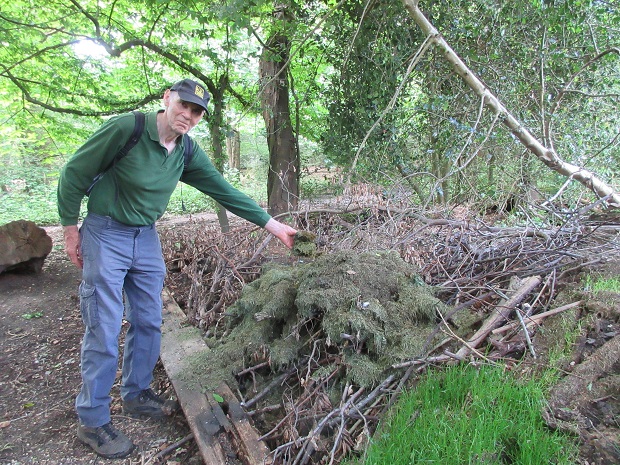 “Unless we take legal action other householders will do the same,” said curator Peter Davies, who showed the Barnet Society some of the latest heaps of dumped material including freshly mown grass cuttings.

Mr Davies helps with a weekly working party which carries out ground clearance, tree planting and a wide range of repairs.

Volunteer litter pickers do their best to keep on top the drink cans and food wrappers which are thrown out of car windows or left by the roadside along Hadley Common and Camlet Way.

“Removing large accumulations of garden rubbish and builders’ rubble is beyond our resources and requires a contractor with the right equipment.

“We are anxious keep this under control otherwise gardeners and workmen visiting these houses will get into the habit of chucking their rubbish over the fence and onto the common.”

The common, which is managed by its trustees and cared for by its curators and other volunteers, receives no financial support from either Barnet or Enfield Council and is largely reliant for its funding on voluntary contributions from the Friends of Hadley Common (www.friendsofhadleycommon.org.uk)

Mr Davies said they often find old or dying plants, shrubs and trees tossed over garden fences and accumulations of such vegetation can pose a real problem with the danger of invasive species taking hold in what is native woodland. 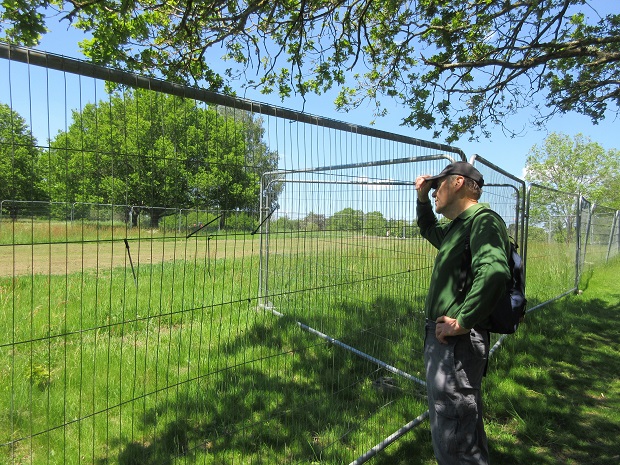 Access is still not possible to some of the grassland at the corner of Camlet Way and Hadley Common which has been re-seeded following the installation of the new resilience water main connecting the water tower on the Cockfosters Road to Barnet High Street.

Mr Davies said the curators were pleased with the action taken by the main contractors Barhale to protect the common land and restore those areas which had been disturbed.

Other improvements made by the contractors include the replacement of nine road-side wooden posts alongside the pond beside Camlet Way.

“We are not sure when the original posts were erected but it appears they were installed as a safety barrier sometime before or after the Second World War. Apparently, a car left the road and ended up in the pond.”

New trees replacing some that had to be felled during the water main installation are to be sited on the greensward between Monken Hadley School and Monken Hadley Church where an avenue of horse-chestnut trees has been badly depleted by diseased trees.

The next major challenge for the curators is to start a new round of inspections to see if any of the many oak trees on the common are suffering from a repeat invasion of the oak processionary moth.

Last year contractors removed 80 or more of the nests where moths lay the eggs which produce the caterpillars which can pose a health risk. A programme of spraying was carried out by the Forestry Commission.

The caterpillars travel in a nose-to-tail procession – hence their name – and feed on oak leaves, causing significant damage. Hair from the caterpillars can cause rashes, asthma attacks and throat irritations.