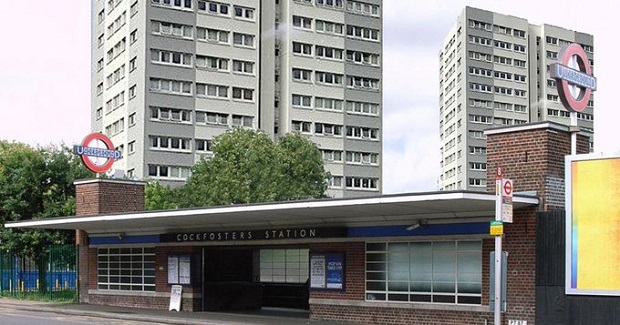 Four high-rise blocks of flats proposed for Cockfosters Station car park would have such a grave impact on the local landscape, the Save Cockfosters from Tower Blocks campaign is hoping to enlist support from residents in Barnet and the rest of the surrounding area.

Transport for London has applied to Enfield Council to permission to build 351 flats in a scheme that would include one 14-storey block. Illustrations issued by Save Cockfosters campaigners -- as seen in the image above -- give an impression of what opponents claim the tower blocks might look like when seen from the station entrance and surrounding area.

Closing date for objections is Monday 2 August and the Barnet Society is finalising its submission in opposing a development which it fears would dominate views from Trent Park, Hadley Wood, and miles beyond. 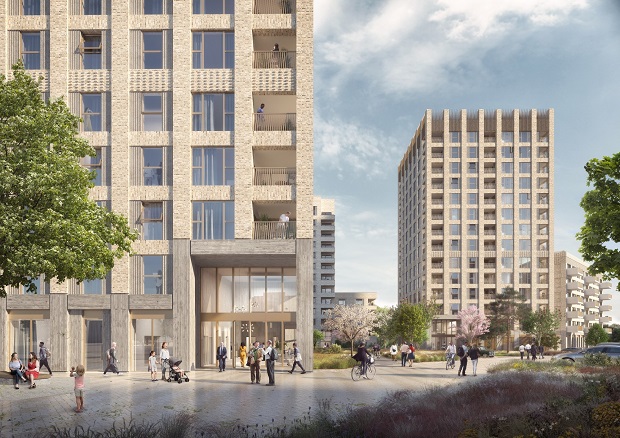 An artist's impression from the developers -- see above -- illustrates an increase in the open space provided within the development. But Robin Bishop, the Barnet Society’s lead on planning, said a fly-over YouTube video compiled by the Save Cockfosters campaign illustrated the impact of the tower blocks was “particularly gruesome”.

He feared approval for the Cockfosters scheme might set a terrible precedent for the tube station car park at High Barnet where Transport for London has similar plans for a massive housing development and where a revised application is awaited.

Visit the Save Cockfosters from Tower Blocks website --  www.savecockfosters.co.uk for a link to the YouTube video and details on how to object (which are also given below). 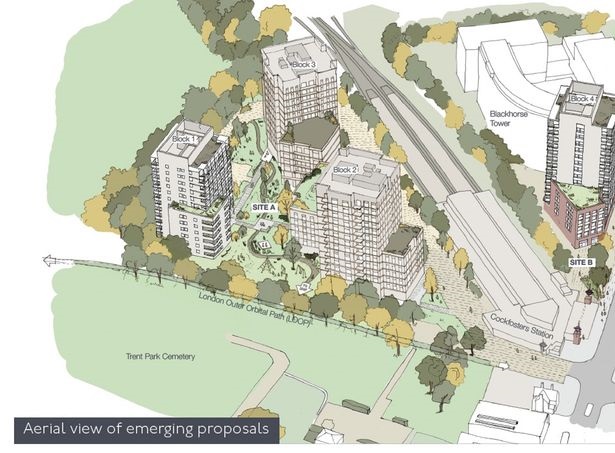 Revised plans for the Cockfosters development – a joint venture between Grainger and Transport for London – were submitted in June reducing the number of flats from 370 to 351 and retaining only 35 of 336 parking spaces in the car park.

Opponents of the scheme have condemned the intrusion of the tower blocks and the density of the development on the grounds that it fails entirely to recognise and respect the character of the neighbourhood.

The site is within the Trent Park Conservation Area and close to the Monken Hadley Conservation Area – and the high-rise blocks would tower above the much-admired entrance to Cockfosters Station which is Grade II listed for its historic and architectural interest.

In its objection, the Barnet Society will argue that the density of the development is grossly disproportionate -- seven times the norm for an outer suburb – and the height of the tower blocks would exceed the existing nearby Blackhorse Tower which at ten storeys has already set “a deeply regrettable precedent for Cockfosters.”

Another damaging repercussion of the scheme is that it wastes the opportunity to enhance Cockfosters as a transport interchange between tube, buses, taxis and disabled users – an argument that is also being highlighted by the Hands Off High Barnet! campaign.

The society believes that Transport for London’s failure to recognise the importance of integrated transport links at end-of-the-line stations like Cockfosters and High Barnet is especially unfortunate given the significant housing schemes within the Green Belt which are being proposed by Enfield and Hertsmere and which will increase demand.

“We don’t understand how removing car parking spaces from the last tube stations on the line will encourage people to use public transport, a stated aim of TfL.”

All 351 new flats would be available for rent, with 40 per cent at “affordable” rents suitable for key workers.

The society accepts the need for new housing but questions whether tower blocks on the car park would meet local needs and would prefer a greater variety of properties, including family homes, shared ownership and a management arrangement that discouraged transient dwellers. 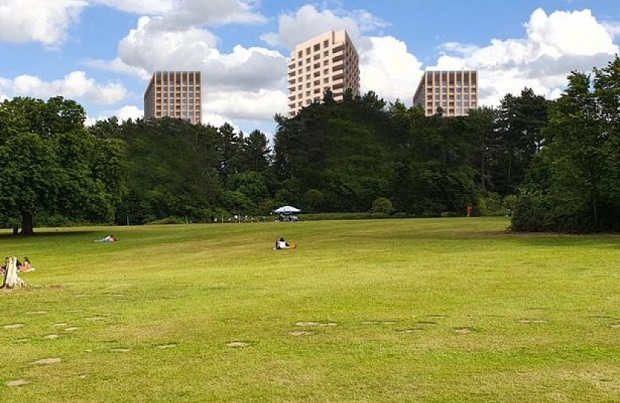 In her objection to the scheme, the Chipping Barnet MP Theresa Villiers says the height, bulk, massing, and density of the tower blocks – one 14 storeys, two 13 storeys, and one 10 storeys – is “completely inappropriate” for an outer suburb.

“The development would lead to a significant urbanisation of Cockfosters, seriously damaging the character of the area, contrary to longstanding and well-established Enfield planning rules.

“Trent Park is one of the last remaining elements of the historic Enfield Chase and these new tower blocks would loom over it. They would have a visually intrusive impact on the view of the Cockfosters ridgeline, visible for miles around.”

Ms Villiers lists the way objections can be made:

By filling in the forms online at https://new.enfield.gov.uk/services/planning/the-planning-register/ using the reference 21/02517/FUL.

By emailing This email address is being protected from spambots. You need JavaScript enabled to view it.. Please put the reference 21/02517/FUL in the subject field and include your name and postal address in the text of the email.

By writing to Planning, PO Box 30, Civic Centre, Enfield EN1 3XA including the reference 21/02517/FUL as well as your name and postal address in your letter.

The Save Cockfosters from Tower Blocks campaign also offers advice on submitting an objection:

All you need to do is write a few sentences about why you object to the development. The key thing to remember is that your objection must be in your own words, the Council will remove duplicates. See our reasons to object page for ideas. www.savecockfosters.co.uk