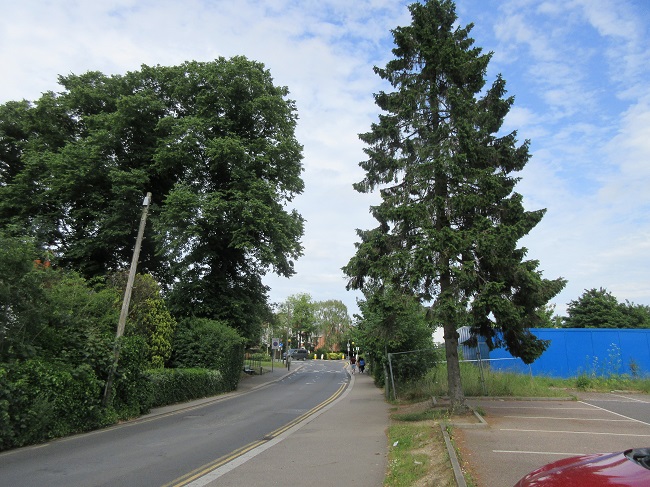 Barnet Council has rejected plans for the installation of a 20-metre high 5G network telephone mast on the approach road to Barnet Hospital, close to the mini roundabout at the junction of Wellhouse Lane and Wood Street.

The mast was refused permission because it would be higher than the surrounding trees; dominate the skyline; and damage the Wood Street Conservation Area.

C K Hutchison Networks (UK) applied for prior approval under regulations permitting masts of up to 20 metres.

But the council decided the application did not meet the criteria and that the proposed siting of the mast, just inside the hospital car park, opposite the historic Wellhouse Lane cottage, would have a significant adverse impact on nearby residents.

By reason of its size and height the proposed mast would be “a prominent and visually obtrusive feature” – a view emphasised by the conservation area advisory committee which said it would be “a major eyesore”. 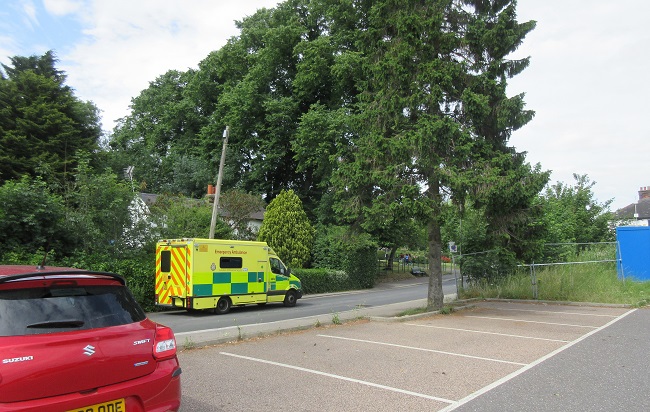 The 20-metre pole, with cabinets at its base, would be six metres higher than nearby trees of 13 metres, and because it would be as high as a four-storey block of flats, it would tower over nearby two-storey houses.

While the council acknowledged there were mature trees on the opposite side of the road in the Whalebones estate, there would be no screening by vegetation during autumn and winter.

Nearby residents who registered their objections have welcomed the decision.

One of their concerns was the fear that placing a 5G mast so close to their homes – and there were houses within 80 metres – would be a potential health hazard.

Some health campaigners claim that 5G masts can lead to microwave sickness due to a massive increase in wireless radiation and that they should be at least a quarter of a mile away from the nearest residence.

In reporting rejection of the application, the council says its environmental health officer had no objections to the proposed mast.

However, the report states that when new masts and base stations are installed, applicants must self-certify that cumulative exposure from their equipment, when operational, does not exceed International Commission guidelines on non-ionising radiation protection.