The Spires shopping centre: will the twin spires have to go? 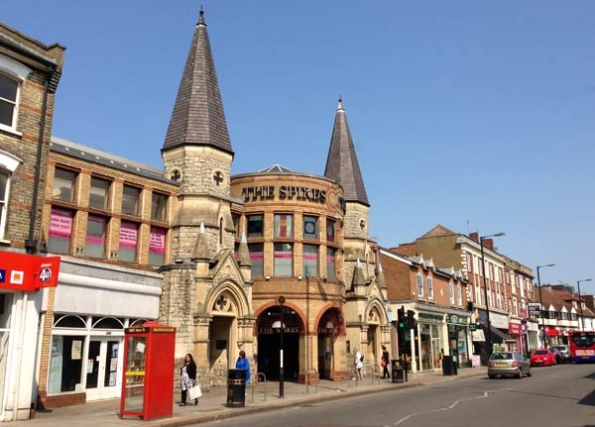 The Spires
The Spires' new owner wants to create a more 'enticing' entrance from the High Street that would attract more shoppers - and that may include the removal of the twin spires.

The William Pears Group believes that radical improvements would be needed to the layout and the configuration of the various shop units because the centre “really is dying”.

Charlotte Dunlop, Pears’ asset manager for the Spires, told the annual meeting of Barnet Residents Association (2.7.2013) that one idea suggested by Barnet Council’s planning department was the possible demolition of the two spires of the original Barnet Methodist Church, which were incorporated into the structure and gave the centre its name.

Pears’ management team had identified a badly presented entrance from the High Street as one of the Spires’ greatest handicaps. “Coming from the tube station, walking up the High Street, you see the Spires but don’t say, ‘Here is a shopping centre’.  It is easy to walk past the entrance and not realise there are shops behind the Spires,” said Ms Dunlop.

She outlined a series of initiatives to upgrade the centre: plans were being drawn up to expand the Waitrose supermarket, either sideways into the service road or upwards; bigger shops units were needed and possible new tenants such as H&M were being approached; moves were also under way to encourage a late-night economy in the Spires with more restaurants because of High Barnet’s “lack of casual family dining”.

With Barnet planning department, you take one step forward and five back”

As a first step, draft plans had already been presented to the council to show how the entrance could be opened up to the High Street, but Ms Dunlop admitted that they had not been well received.

“The initial response of the planning officers was ‘You must be joking.’ Our aim is to try to create the impression of an appealing side street with shops either side.  But they said they had never seen anything so terrible.”

“One suggestion of the planning department was to get rid of the twin spires.  They are not protected or listed which is why the planning officer asked us to consider taking them down”.

New plans are now being drawn up and the Pears group intends to work as closely as possible with the local community. “If the local reaction is 100 per cent against the two spires coming down, that the residents say they will fight this every step of the way, there would not be much point in us trying to do this.

What we are thinking of is an entrance in keeping with the character of the High Street.  It’s not going to be a Westfield shopping centre, not some modern monstrosity. 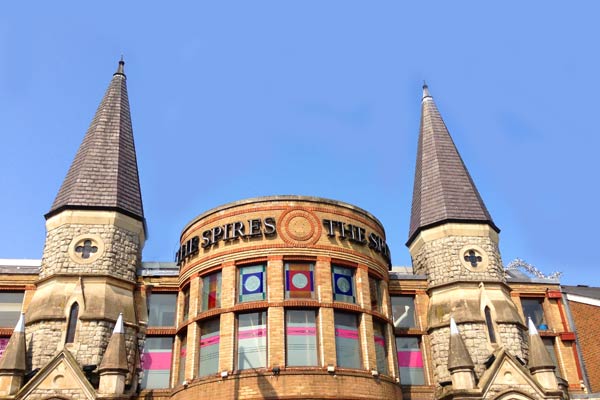 At present the Spires is not screaming retail as much as it should from the High Street.

We want to open up the entrance so that you can see the shops, improve the surfaces with less slippery tiles, and create the impression of a passageway, more like a lane of shops off the High Street ending with the library.

Perhaps a food operator with seating on to the High Street might encourage people to visit the centre."

“With Barnet planning department you take one step forward and five back, so for William Pears to achieve what we want, we need to get community support and we will do a proper presentation once we have something concrete to say.

We will now put together some drawings and once we have some drawings and pictures we will consult. Obviously the rebranding of the Spires will be important. The shopping centre really is dying so there is a lot of urgency.”

Ms Dunlop said one of the key complaints of the Spires’ existing tenants was the new charging structure in the car park, which is operated by Legion Parking. Charges had been increased against the wishes of the Pears group but Legion was a tenant and had a rent to pay.

“We are aware of the problems over parking and we are trying to find a solution. For example we would like to see the restoration of the twenty disabled parking spaces.”

She opened her presentation by explaining why William Pears, a north London property group which goes back three generations, had decided to purchase the Spires.

“For a long time the centre had suffered from a lack of interest by the previous owners and we saw it as a unique opportunity.  There had been a lack of investment and shop leases were being let go.  But in the weaknesses we see strengths. We see that in the surrounding towns people need a retail centre and are perhaps not getting what they need on their doorstep."

"So we have an opportunity and our chairman [Mark Pears] lives in Totteridge so it is not far to go if it all goes wrong!”

Should the twin spires be demolished to make way for a more imposing entrance to the Spires shopping centre?  Would it help revive the Spires complex?  What do you think?

Please comment below so that Barnet Society can test local opinion.

More in this category: « Green shoots in the High Street Now The Spires without the twin spires »