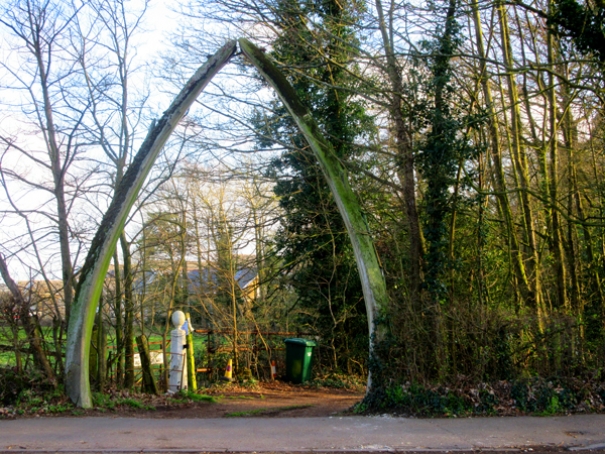 Blue-whale jaw bones dating from the 1930s stand at the Wood Street entrance to the Whalebones estate
Any planning application to build houses on the 14 acres of woods and farmland at Whalebones – between Wood Street and Barnet Hospital – is “highly unlikely” to be approved, says the Chipping Barnet MP Theresa Villiers.

Having had discussions with both Barnet Council and the executors for the Whalebones estate, Mrs Villiers told the Barnet Society she remained steadfastly opposed to the land being listed for residential development. 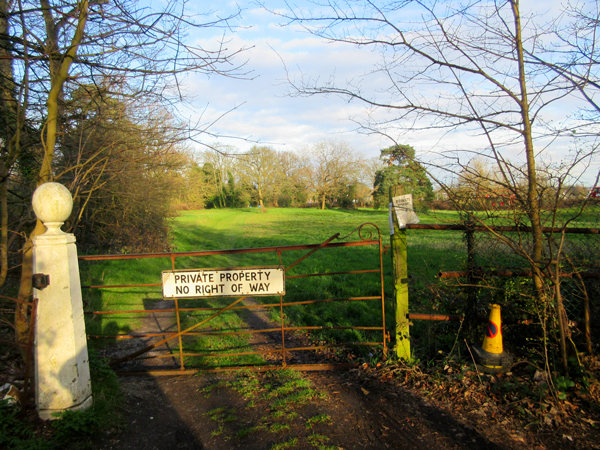 “Barnet Council have made it clear that a decision to zone the site for housing is highly unlikely, and I welcome that.

“But the executors are keen to explore future possibilities for the site, and although Whalebones woods and fields are in a conservation area that does not give them total protection from the possibility of some new development in the future.”

Mrs Villiers told the Barnet Society she had taken up the concerns of local residents after a question and answer session in January when she made a passionate case for Barnet Council to spare one of High Barnet’s precious green spaces from the rapid spread of urban development in and around the town. 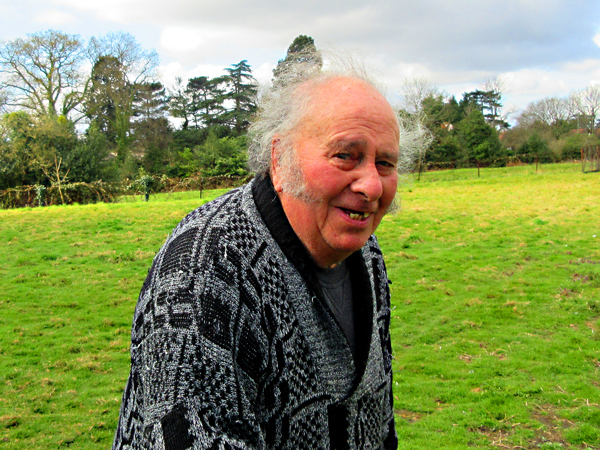 Her outright opposition to building on the Whalebones park is shared by Councillor David Longstaff who said it was the wrong place to build a residential estate.

“It is quite contrary to the values of the Gwyneth Cowing foundation that the land be sold for redevelopment and the land in question has been repeatedly turned down for planning permission in the past.”

Trustees for the Gwyneth Cowing estate, who are being advised by property consultants Bidwells of Cambridge, have asked Barnet Council to consider whether the Whalebones site can be listed for housing and community use in a new local development plan being prepared by the borough.

More in this category: « Bulldozers move in at Elmbank Threat to our green landscape »