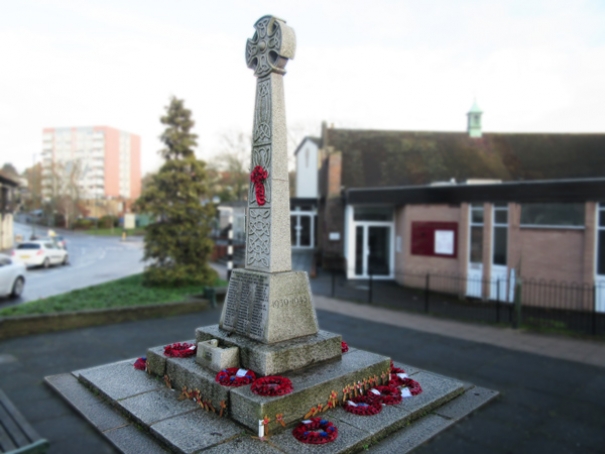 People wishing to comment have until mid-February to offer their advice online via the consultation procedures at www.historicengland.org.uk or by post.

The East Barnet memorial is an impressive tall Celtic cross of Cornish granite, with the front and back faces of the cross and shaft decorated in Celtic-style knot-work carvings.

It was supplied by the Bodmin Granite Company, and was delivered free of charge by rail from the quarry direct to New Barnet station in June 1920.

Canon Overton, rector of St Mary’s church, conducted the unveiling ceremony. His wife, Mrs F. A. Overton, had overseen the project with the help of the East Barnet War Memorial Committee, at a total cost of £285.13s.10d., raised by subscriptions and donations.

Originally the memorial was located in the middle of the junction of Church Hill Road and East Barnet Road, but when a roundabout was installed in 1970, it was moved to its current position in front of Brookside Methodist Church.

A final decision on whether the memorial should be listed will be taken by the Secretary of State for Culture, Media and Sport.

Published in Consultations
More in this category: « Barnet Council to change decision process Why no bus from tube to hospital? »