A Barnet business start up that changed the world 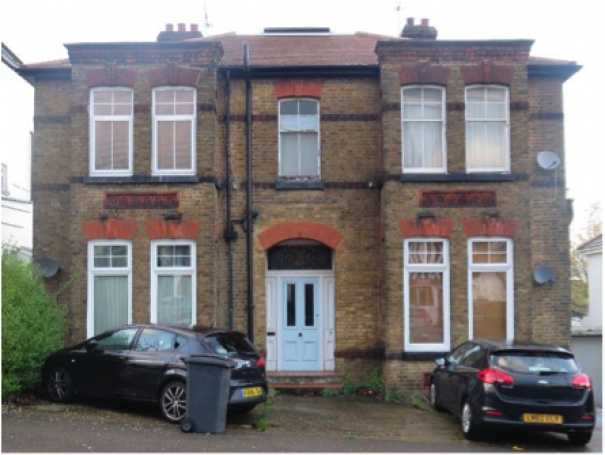 Clovelly Cottage. A commemorative plaque was fixed to the right of the door, but now only the mounts remain
It is not well enough known that British cinema was born in Chipping Barnet 120 years ago.  Moving images were then as revolutionary as virtual reality seems now.

An electrical engineering colleague of Acres, Robert W. Paul, had pirated Edison’s Kinetoscope (which was unpatented in Britain) and needed films for it. Birt was then manager of Elliott & Sons, manufacturers of Barnet Dry Plates, whose workshops adjoined his house.

He filmed Incident outside his front door featuring his wife, baby (in pram) and a friend.

On 10 January 1896, The Barnet Press reported the first British projected movie performance (as opposed to earlier single-viewer peep-shows) by Acres to members and friends of the local Lyonsdown Photographic Society. 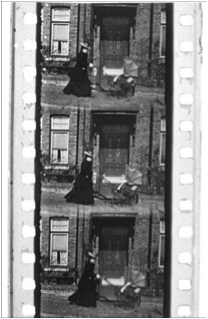 On 14 January, he repeated it for the Royal Photographic Society – five weeks before the Lumière Brothers’ more famous first public Cinématographe performances in London.

Birt patented several other new cinematographic techniques including a projector, the Kineopticon (1896), and the first home movie camera, the Birtac (1898).

He took premises behind the High Street in Nesbitt’s Alley to manufacture and sell them, and examples survive in Barnet Museum.

It is probably no coincidence that around the corner, in Bath Place (next to Brake Shear House), was yet another photographic business, Charles Hodson, John Swain & Son (photo-engravers).

They were part of a remarkable flowering of high-tech industries in early 20th century Barnet that also included Elliott’s, Watson & Sons (optical and scientific instruments) in Bells Hill, and the massive Dental Manufacturing Co. (makers of everything from pump chairs to false teeth) in what is now the Alston Works.

Chipping Barnet’s history proves the importance of sites like Brake Shear House for small specialist businesses. Just as Apple and Google began life in Californian garages, major industries grew from start-ups and creative enterprises in and around our town centre.

Yet today all over the South-East, commercial premises are being converted into flats and vacant land built over by houses.

Since the government relaxed planning controls, Barnet Council has been required to approve more than 100 office-to-residential conversions, including 40 fully occupied offices, more than any other borough.

We certainly need more housing – but we also badly need space for the start-up and creative businesses of today and tomorrow.