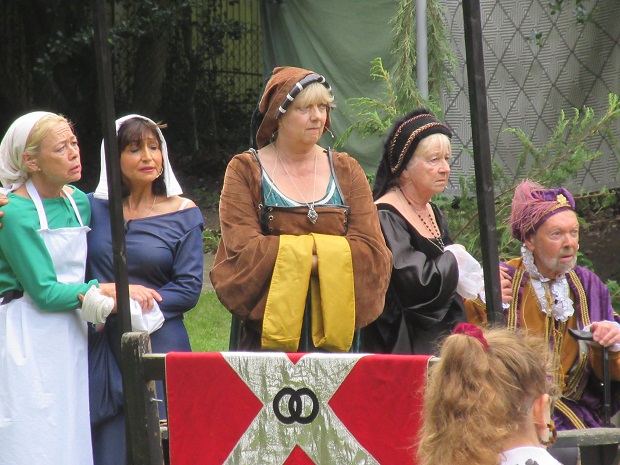 Fog of War, a play written around the life of a community of local women living through the sound and fury of the 1471 Battle of Barnet, had its premiere in the historic setting of the garden of Monken Hadley Church.

For the Bull Players, based at Barnet’s Bull Theatre, this was their second production since their formation in 2018 and their contribution to the celebrations marking the 550th anniversary of the battle.

Much of the action focuses on mounting tension within a medieval beguine as the women prepare for the arrival of the opposing armies marching towards Barnet and then deal with the aftermath as their community comes to terms with the repercussions of one of the bloodiest confrontations of the Wars of the Roses. (from left to right, Lisa Rankin, Pina Griffin, Linda Ranauro, June Worton and Irving Wardle).

Barnet Museum commissioned the play, which was written by budding Barnet playwright James Godwin (21), and which was produced by his mother Siobhan Dunne, who is the Players’ director and producer, with sound effects and a score composed by his father Nick Godwin.

The opening performance (Saturday 18 September) was a sell out and the cast and audience were full of praise for an imaginative narrative that explored the impact of the battle on medieval life in Barnet. 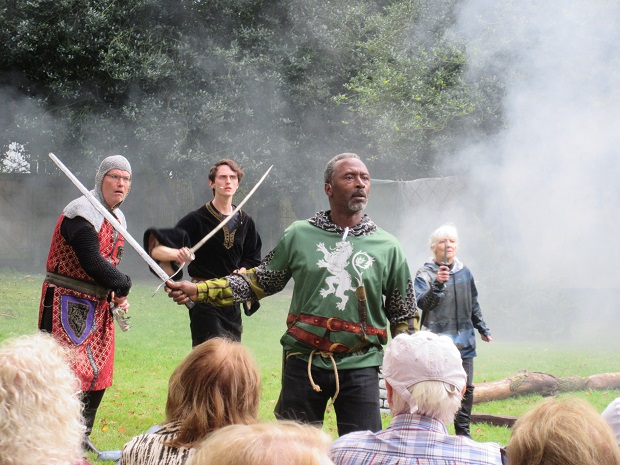 James, whose roles in the play included that of Richard Duke of Gloucester, devised the storyline around the battle at the suggestion of his mother. (from left to right, Tony Nagle, James Godwin, Steve Brown and Jan Parker).

His challenge was to create a setting and script suitable for an amateur dramatic group. Fog of War became the final project of his three-year creative writing degree at Bath Spa University.

Beguines were semi-monastic communities of women, and the tension rises as the battle looms with the Barnet community fearing pillage and preparing for the worst. 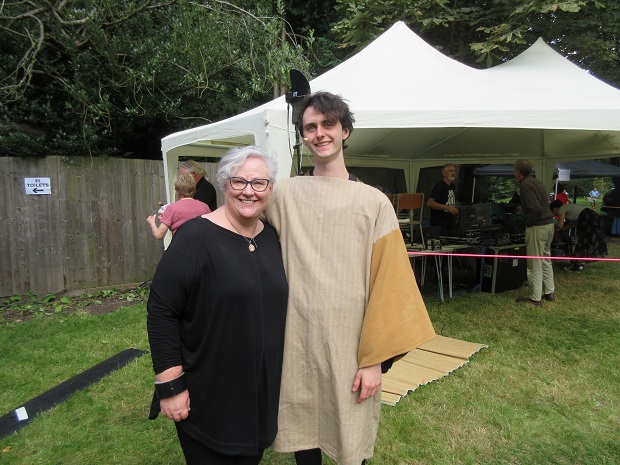 “James did his research and then wrote the script around the cast, and they loved the way he had thought through the various roles with ample opportunity for the women to interact with each other as the war hangs menacingly around the characters,” said Siobhan, seen here with her son.

“We opted for an outdoor performance as we thought that would be safest in view of the pandemic.

“Once James delivered the script, we started reading it through and rehearsing, first at the Bull, and then here in the garden at Monken Hadley Church.

“For an amateur dramatic group like ours it’s been a real challenge. We’ve had to set up a stage and theatre outside – and then have large gazebos around the stage and in the garden in case of rain.”

Siobhan, who has had considerable experience in directing open air shows – and especially street theatre in Poland – said she relished the challenge of finding a way to help celebrate the Battle of Barnet anniversary.

When casting a play for an amateur group, the director had to be imaginative – and Siobhan was full of praise for the way the Bull Players responded. 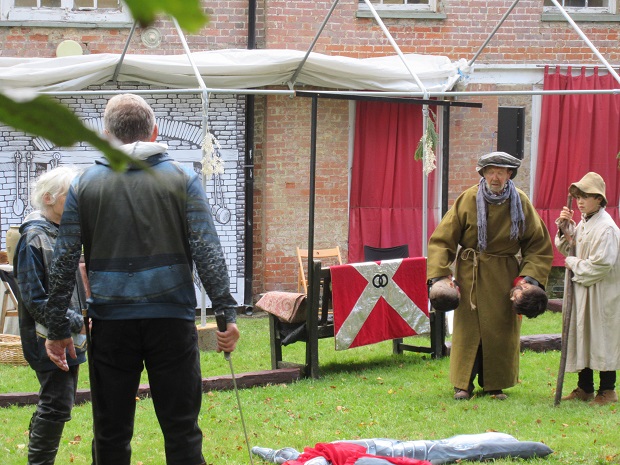 The oldest cast member was Irving Wardle, theatre critic, writer and actor, who is 92 and whose roles included that of nobleman Reginald Frowyke and an old man at the battlefield, and the youngest Lucian Carruthers, aged ten, who played Frowyke’s grandson and a young boy. 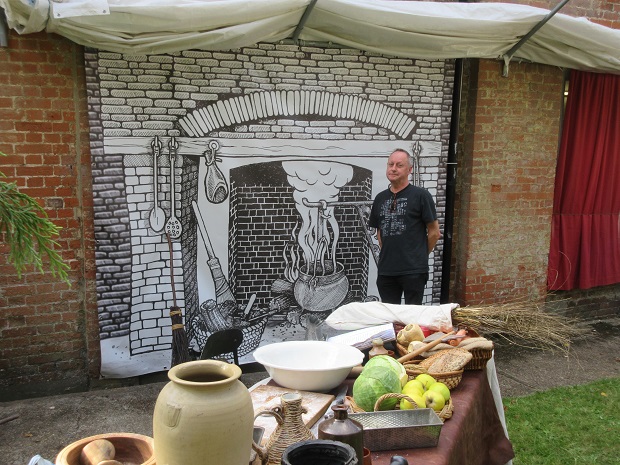 The backdrop for the set of the beguine was a medieval kitchen drawn by James’ father Nick Godwin who composed the original score and chose the various sound effects.

Nick, who plays the guitar for the local group The Silencerz, seized the chance with Siobhan to help stage their son’s first play. 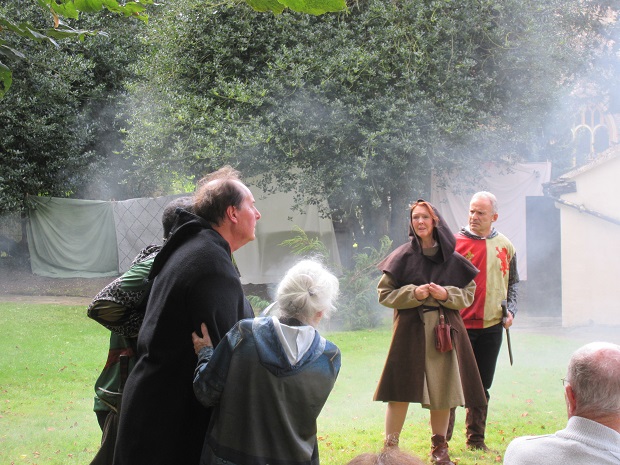 After the first performance, Claire Fisher – seen here centre in her role as Mary, daughter of Brigit, manager of the beguine – was thrilled by the audience’s response.

“James’ script ensured a very fast-moving production and we all got swept along by the story. No wonder we were all so pleased at the chance to perform and to get such a good response.”

The Bull Players hope their open-air production in the garden of Monken Hadley Church will help promote the appeal for the restoration of church house.