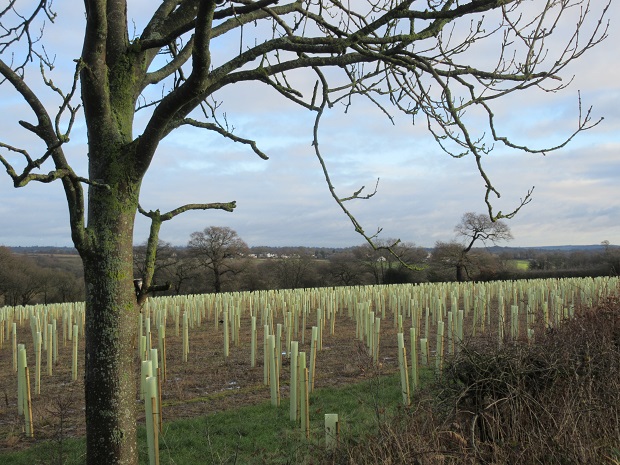 Winter tree planting is in full swing in Barnet's green spaces and in the surroudning green belt. A new hawthorn hedge has been extended on Barnet Hill.To the north-east of Trent Park, 50,000 young trees are being planted to help restore Enfield Chase. Across the borough, Barnet Council has planted over 700 trees during the last 12 months on roadside pavements and verges.

Robin Bishop, chair of the Barnet Society, is full of praise for the enthusiastic local support for tree planting and he hopes more volunteers will come forward to help with local projects.
The planting of the last 15 of 75 hawthorns to be planted this winter on Barnet Hill – extending a hawthorn hedge alongside St Catherine’s Primary School – marked the celebration of both the Jewish New Year of the Tree and 75 years of the Barnet Society.

By far the largest local planting is the Enfield Chase Woodland Restoration project to plant a total of 100,000 trees over two years to create wooded parkland along the route of the London Loop footpath, between Ferny Hill and The Ridgeway.
Lockdown restrictions have led to the temporary suspension of volunteer tree planting weekends that were being held as part of the restoration and the work is being carried out by woodland planters from the charity Thames21, led by woodland creation officer, Nik Cain. 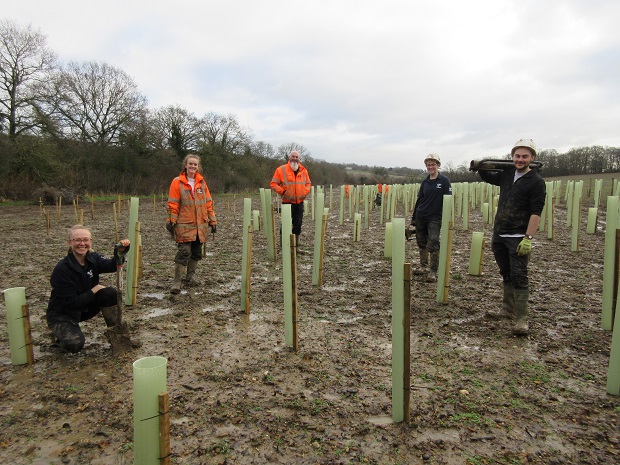 Four woodland planters – from left to right Natasha Wilson, Rebecca Turnpenney, Nik Cain, Agnes Hodges and Oli Back – are assisting him with the planting of 2,000 native broad-leaf trees in a field close to Salmon’s Brook, where the London Loop footpath turns towards Botany Bay farm.

Enfield Council launched the restoration project – which is being carried out by Thames 21 – with the help of government funding and saplings supplied by the Forestry Commission.
All the new trees are native UK species – such as oak, hornbeam, beech, aspen and alder – and the aim is to establish a publicly accessible, sustainable native broad-leaf woodland.

Mr Cain said that as well as the tree planting to create new wooded parkland, there will be improvements to the London Loop footpath from Trent Park north-east towards The Ridgeway and Rectory Farm.
“This stretch of the countryside will be so much more accessible. The new footpath will be of compacted stone which will make it easier for walkers, cyclists, and wheelchairs.
“The new footpath will connect directly with the London Loop footpath as it crosses Trent Park, cutting out a dangerous stretch along Ferny Hill, and all being well it should be open by the summer.
“Another great benefit of tree planting on this scale is that during heavy rainfall it will help slow the run-off of water towards Salmon’s Brook and reduce the threat of flooding along the River Lee.”
Already 25,000 trees have been planted, including 5,000 in fields to the north of Ferny Hill. Planting is continuing towards Botany Bay Farm with another 23,000 to be planted near Rectory Farm, and the aim is to have 50,000 planted by the end of March and another 50,00 next winter. 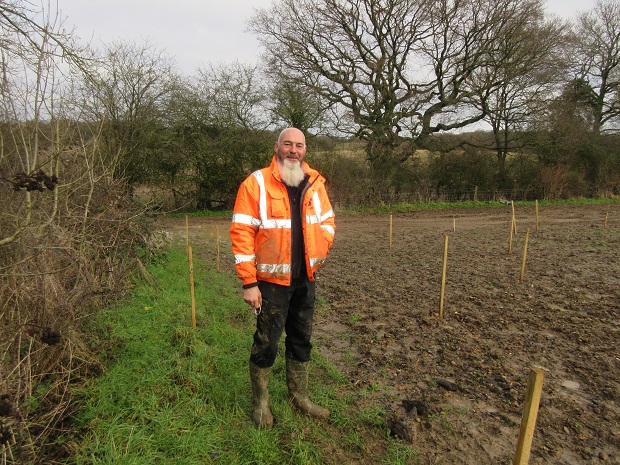 Mr Cain, who is 51 and who lives in New Barnet, made a career change, giving up his job in information technology at Channel 4, to work in conservation. He joined Thames21 after completing a diploma in environmental conservation at Capel Manor College.
“This project is my first full time job, and it is the same for the team of young woodland planters who are working with me and who are starting out in their careers in conservation.
“This is the work we wanted to do and what could be better, working outdoors in lovely countryside.
“So far we have seen kites, buzzards, kestrels and even a short-eared owl, but so far no deer, although we are making sure all the saplings are properly protected with guards because the deer do eat the buds of broadleaf trees.” 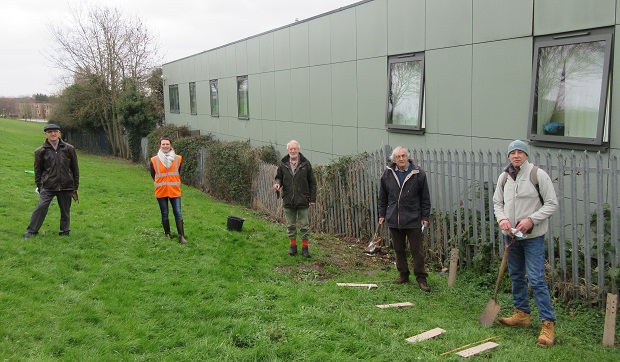 Ms Turner said that in addition to planting 700 new street trees, the council had carried out tree planting at Mill Hill Park and on an open near Mill Hill Circus.
She thought the care that was being taken of trees across the borough was paying off as there had been less damage to trees during recent storms than in previous years.

Robin Bishop welcomed the council’s promise to support further tree planting schemes proposed by the Barnet Society.
He paid tribute to the commitment shown 22 years ago by David Lee, who is now 90, and who persuaded Barnet Council to plant around 50 Norway maples and London planes along Barnet Hill.
Two years ago, the council agreed to plant 20 more trees on the hill but could not afford the hawthorns needed to extend the hedge alongside St Catherine’s Primary School.
A year ago, the Jewish Kisharon charity donated 50 hawthorns and the 75 planted this winter on Tu B’Shvat, a day of hope after Holocaust Day, helped celebrate not only the Jewish New Year of the Tree and the Barnet Society’s 75th anniversary, but also honoured David Lee’s inspiration. 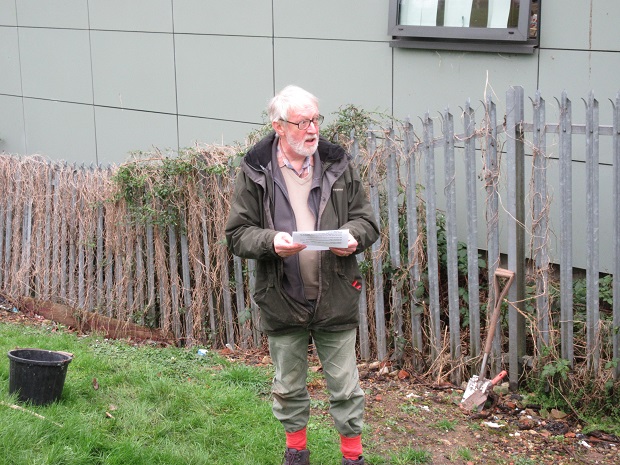 Mr Bishop – looking forward to the day when hawthorns blossom in May – said he had found the following resonant words in a 1904 poem by Swinburne, Hawthorn Tide:
Dawn is alive in the world, and the darkness of heaven and of earth
Subsides in the light of a smile more sweet than the loud noon’s mirth.
A whole white world of revival awaits May’s whisper awhile...