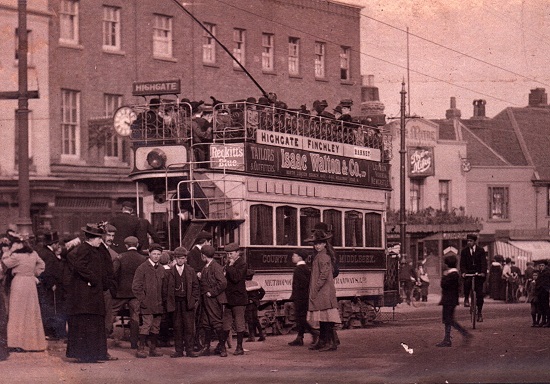 Family historians keen to research the lives of people living in Barnet in the 1920s have only twelve months to wait before the release of the much-anticipated 1921 census and its wealth of information about life in the aftermath of the First World War.

The great store of data that was recorded about every household a century ago will finally be revealed in January 2022.

Its imminent publication is a reminder of the importance to future historians of the forthcoming 2021 census -- which is held every ten years – and which is to take place on Sunday 21 March 2021.
For the first time households will be able to complete the questionnaire online.

Because of the lockdown restrictions on movement and social distancing that have been imposed by the Covid.19 pandemic, the Office of National Statistics is urging as many people as possible to fill in the details by computer or smartphone.
At the start of March households will receive a letter giving an access code to allow people to log on and complete the online questionnaire.
There will also be a telephone number to call if people would prefer to be sent a paper copy of the questions.

Three new optional questions have been introduced for the 2021 census for England and Wales: about sexual orientation, gender identity and for information on whether members of the public have or are providing service in the UK armed forces.
When the 1921 census records are opened in a year’s time, family historians will find there is far greater detail than in any previous census (the first was held in 1801). 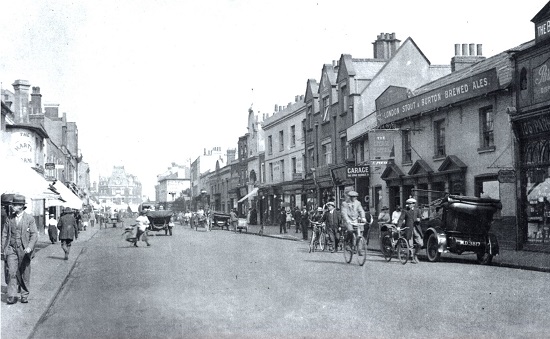 The 1921 returns asked householders to reveal their places of employment, the industry they worked in, and the materials they worked with as well as their employer’s name.
Barnet’s thriving High Street – as seen in this 1920s photograph – was a far cry from today with a great variety of traders and tradesmen – ten butchers, seven bootmakers, six grocers, six confectioners, four fish mongers and three bakers.

The 1921 census also included detailed questions on education, and it was the first in which individual households could submit separate confidential returns.
Those aged 15 and older were required to provide information about their marital status, including if divorced, while for those under 15 the census recorded whether both parents were alive or if either or both had died.

Although statistical results from the 2021 census will be available within 12 months, all personal details will be locked away for 100 years – as has been the case with all censuses.
The release next year of the 1921 census details is especially significant because the results of the 1931 census were destroyed in a fire in 1942 and there was no census in 1941 because of the Second World War.
As well as being of great interest to future historians, the census data is invaluable for future planning.

Barnet has always been an important transport hub – the photograph shows the arrival at the top of Barnet Hill of the first electric tram in 1907.
The 2021 census statistics will be a useful basis of research for planning and development purposes across the London Borough of Barnet, which with a population of over 395,000, is the largest London borough.

The results from the 1921 census will be made available online by the website Findmypast, which was selected by the National Archives as its commercial partner.
Findmypast says it will capture digital images and transcribe the records in a way that will enable historians to conduct searches of household returns for close on 38 million individuals in England and Wales.
The records to be released include 8.5 million householder questionnaires – either in the householder’s writing or by another member of the family.
-------
Photographs reproduced from calendars published by Barnet Museum which has an extensive photographic collection relating to Barnet’s history.