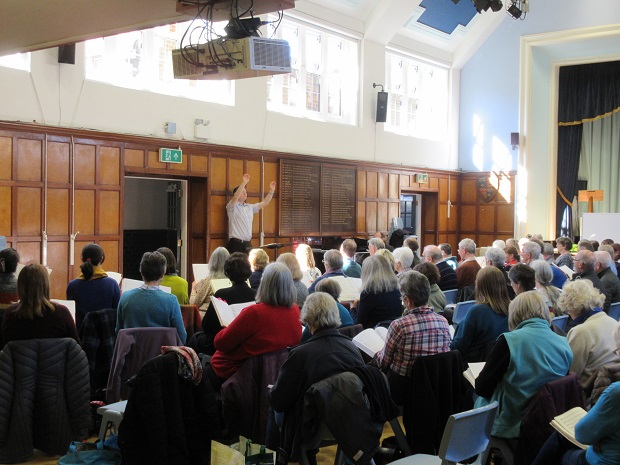 After missing out on so much during the Covid.19 pandemic, Barnet Choral Society are in final rehearsals for a belated 80th anniversary concert -- a performance of one of the great challenges of choral singing, Edward Elgar's The Dream of Gerontius.

Barnet are combining forces with Bishop’s Stortford Choral Society, which was also established in 1940.

Their joint anniversary concert – delayed from 2020 -- is to be held at 7.30pm at Saffron Hall, Saffron Walden, on Saturday 9 April. (See below for details).

“By coming together in this way, we will have sufficient strength of numbers to take on one of the majestic set pieces of choral singing,” said conductor Richard Brain, who led a joint rehearsal at Queen Elizabeth’s School, Barnet.

“We also have the great benefit of performing in a purpose-built concert hall at Saffron Walden – a dream come true for any choral society.”

Mr Brain, who is musical director of both the Barnet and Bishop’s Stortford societies, saw the opportunity for staging a joint concert when he realised that they were both established in 1940 and that by combining their choirs, they would have the numbers to perform The Dream of Gerontius. 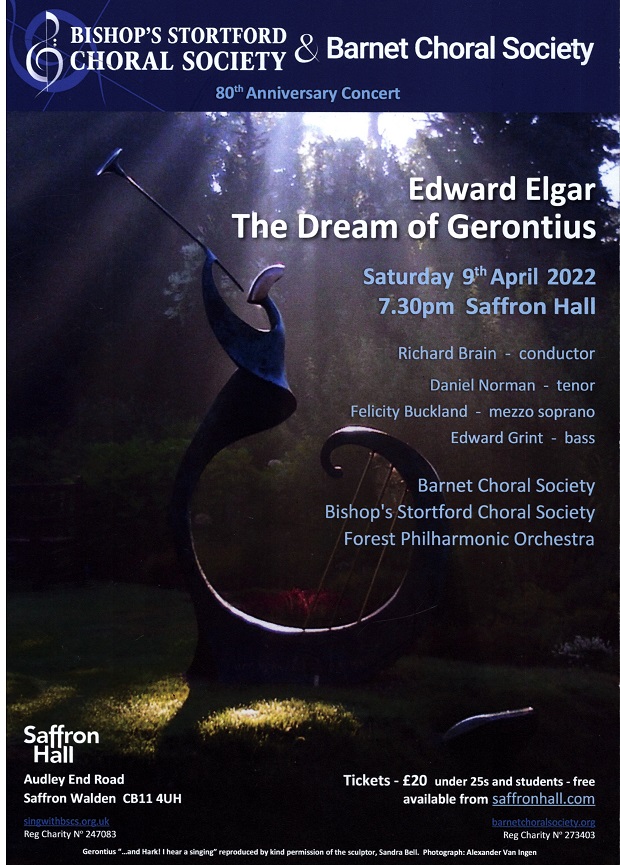 “A work of this size and complexity needs the equivalent of a double choir, soloists, and a full orchestra – so it is a very special occasion for any choral society.”

The two societies were also fortunate in finding sufficient sponsors to help meet the cost of hiring Saffron Hall and fees for soloists and orchestra.

“Without the generosity of our sponsors we would never have had this amazing opportunity to perform The Dream of Gerontius,” said Ros Rowe, chair of the Bishop’s Stortford Society.

“All told there will be 200 or so performers – two choirs, soloists and musicians – and as Saffron Hall can accommodate an audience of 300 to 400 people, it is going to be a really memorable evening for our two societies, our supporters and anyone who loves to hear choral singing.” 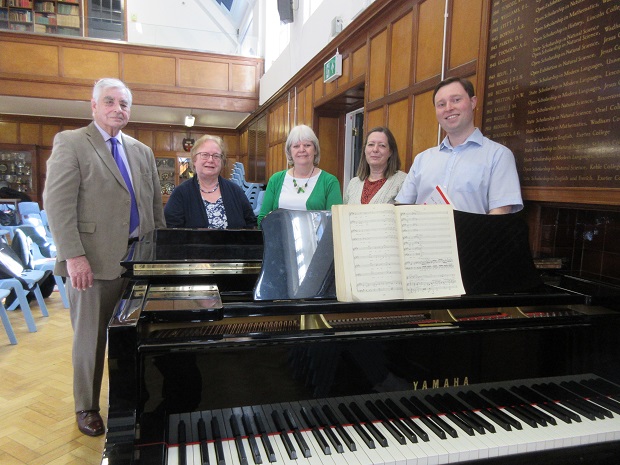 The joint rehearsal at Queen Elizabeth’s was also an occasion for past and present chairs of the Barnet choir to reflect on the popularity and durability of choral singing.

Like many other choral groups, the Barnet society was formed at the height of the Second World War when there was a recognition of the importance of bringing people together.

“I joined in the 1960s, but the older members remembered coming along with their tin hats in case of air raids,” said Mr Kobish, who was the Barnet chair from 1978 to 2001.

“The society has a history of enterprising ventures, from its foundation through the decades to the present day and I am so pleased it continues to develop in leaps and bounds."

This joint anniversary concert at Saffron Hall is regarded within the society as another tribute to the dedication of its members and their determination to work with other choral groups to stage set pieces like Verdi’s Requiem and The Dream of Gerontius.

Meg Kirk, who has just stood down after 19 years in the chair, said her great challenge had been the shock of the Covid.19 pandemic.

“We did set up rehearsals on zoom pretty quickly – and we did miss only one rehearsal – but we have missed out on so much, which is why we are so pleased we can finally stage the anniversary concert that should have been in April 2020.”

Shelagh Cohen, who took over as chair this year, was delighted to see the back of rehearsing on zoom. “The great pleasure of choral singing is being together, as it can be very lonely rehearsing on your own at home. I was lucky because my husband is also a member, so we kept one another company, but nothing beats a live rehearsal and we have so enjoyed having to rise to the challenge of taking on Elgar’s work.”

Mr Brain, who is a professional conductor and acting head of music at The Peterborough School, became musical director at Barnet in 2014 and then Bishop’s Stortford the following year.

He said the great challenge for him when conducting choral societies is to help them navigate complex scores.

“The reward is the joy of the work – of seeing the members being challenged by one of the great works of the choral repertoire and then seeing their sense of reward in their own performance.

“Finding an appropriate local venue is always a problem for choral societies and staging an event at a purpose-built concert hall like Saffron Hall will give the performance an even greater sense of uplift.”

Tickets: £20. Under 25s and students, free.  Available from www.saffronhall.com