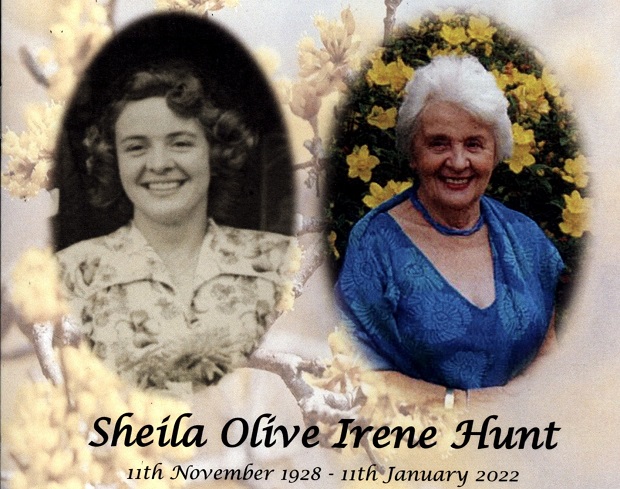 Sheila Hunt, who for almost fifty years was an inspirational leader for the Girl Guides movement in High Barnet, has died at the age of 93.

She will perhaps be remembered most fondly for the many years she was captain of the 2nd Barnet Girl Guides in their headquarters at the stable block at Whalebones in Wood Street.

“Mrs Hunt” – as she was always known to generations of Girl Guides – started her career as a qualified Guider in 1960 and became Captain of the 5th Barnet group at Christ Church, St Albans Road, where she stayed for several years before becoming Captain at Whalebones.

Tributes from former Girl Guides who were inspired by her leadership included numerous descriptions of the way she instilled confidence especially when out camping and when teaching skills such as lighting fires and cooking.

Sheila Olive Irene Taylor was the eldest child of Robert and Elsie Taylor. Her father was a builder and farmer and they lived at Well farm, Wanstead, Essex.

She became a Girl Guide at the age of 11, joining the Poppy Patrol and during the Second World War she became a proficient delivery messenger for the soldiers manning the barrage balloons. Her knowledge of the Wanstead area was of great value as the local road signs had been removed by the Home Guard.

On leaving school she enrolled at the West Ham Municipal College School of Arts and was the only girl in her class studying architecture and building construction.

She became a cartographer producing hydrographic surveys for a marine instrument company in the City of London where she met her husband Ron Hunt.

The couple moved to Barnet in 1958 with their two daughters, Shelley and Sharon, and she helped with the preparation and revision of the plans for their house Pegtiles, which her father built for them in Granville Road, Barnet.

Two years later she became a Guider and rose through the ranks to become camping and arts advisor and later district commissioner.

Her husband Ron, a former Boy Scout, helped her to organise and run Guide camps and events. He gave further support when she ran a Ranger unit for senior Guides in their hut at Hadley Highstone.

Many Barnet Guides have fond memories of the trips that she led to the International Guide Centre, Our Chalet, in Switzerland.

“Mrs Hunt had that gift of being enable to encourage us to make something of ourselves. She really instilled confidence in us and that was so important,” said Mrs Jenny Windsor, who as Jenny Arnold enrolled in the 5th Barnet group at Christ Church at the age of 11 when Mrs Hunt was Captain.

“There really was something special about her leadership. When we were away camping, she knew just how to enthuse girls who might perhaps have been homesick or not very involved.

“We learned so much when she was leading us, about sewing, heraldry, and all sorts of imaginative and useful things which made going to Girls Guides so interesting.” 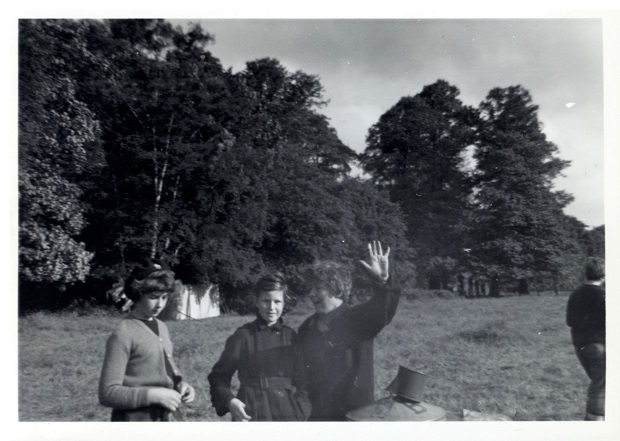 Angela Morris, another former Barnet Girl Guide, who started as a Brownie at Whalebones, recalled a 7th Barnet group camp at Winchester in 1959 – see Angela’s photograph above -- where Mrs Hunt was training for her leadership.

“I was 14 and a patrol leader and I remember Mrs Hunt being so enthusiastic. She came to camp with her two daughters, Shelley who was a Brownie and Sharon who was just three.”

After retiring from her many roles, she established a Barnet Trefoil Guild for retired Guiders and kept in touch with former guides at the Old Bones group, which was formed after the closure of the 2nd Barnet.

Angela Morris recalled the great friendship between Mrs Hunt and the late Gwyneth Cowing, who lived at Whalebones and whose family owned the Barnet Press.

“When I joined as a Brownie in 1952, Gwyneth Cowing had been running the Guides at Whalebones for quite a few years and over the years we all spent so many happy hours together.”