Appeal to family historians: looking back at school days in Barnet 100 years ago 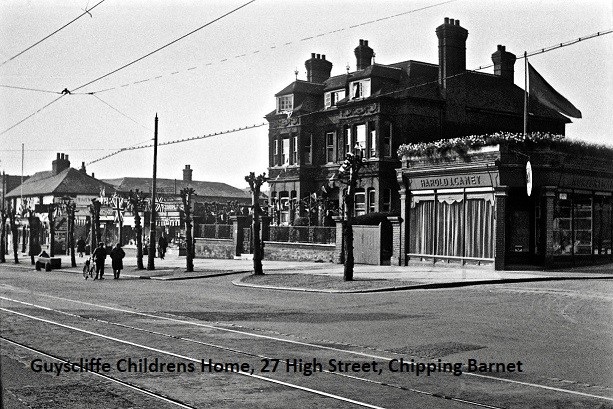 Family history enthusiasts might be able to help in the search for memories, reflections or even photographs of school days in Barnet in the 1920s and 1930s.

Marion Griffin is researching the life of her father John Samuel who was one of three boys and a girl born to a domestic servant at Barnet Workhouse.

All four lived at Guyscliffe Children’s Home in Barnet High Street and were under the care of Poor Law Guardians because their mother remained in the workhouse. 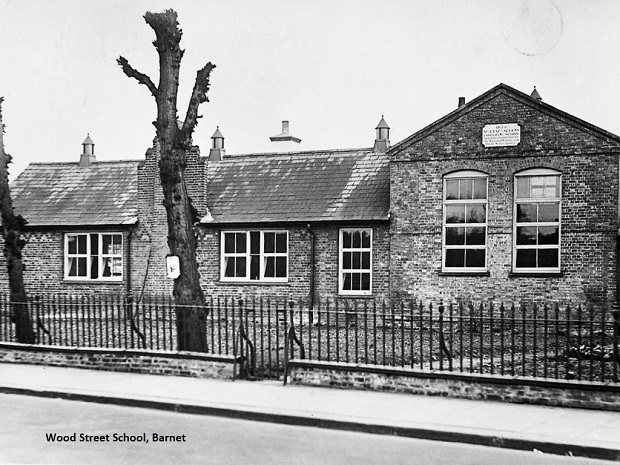 During their childhood they were pupils at several of the town’s original schools, including the former Wood Street and Potters Road Schools, also Cromer Road School in New Barnet, and possibly the former Christ Church School in St Albans Road.

The three boys were all baptised in 1923 at the Barnet Institute and Wellhouse Hospital.

Their sister Betty Margaret Samuel (1927-2015) was born at Barnet Workhouse, and she too is thought to have resided at Guyscliffe with her brothers.

John Samuel was admitted to Guyscliffe from Barnet Workhouse in 1924 and attended Potters Road School until 1931 and was then transferred to Chase Farm Children’s Home and School in Enfield.

He spent most of his life living in Barnet with his wife Daisy. He was an anodiser for Acorn Anodising in Borehamwood and the couple lived in Langford Road and then Vernon Crescent until his death at the age of 65 from a heart attack in Barnet General Hospital in 1984

Marion is trying to piece together what it would have been like for her father, his brothers and sister growing up in a children’s home and going to school in Barnet. 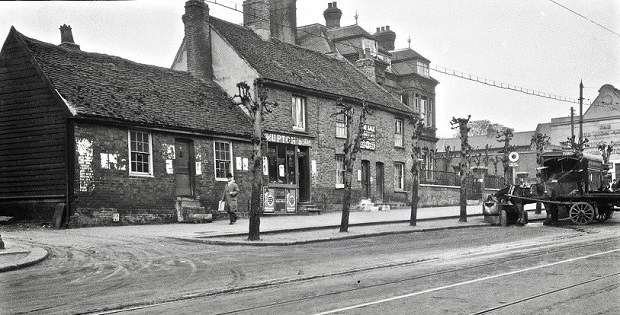 Early accounts of life in Barnet in the 1920s and 1930s describe how children from Guyscliffe, which was on the corner with Fitzjohn Avenue, opposite the Red Lion public house, joined classes at several nearby schools.

A history of Potters Road School describes class sizes and classroom conditions in 1925 and said they “beggar belief”. Lighting and ventilation were quite inadequate, and this had been the regular practice since the admission of “15 extra children from the Poor Law Institution with no extra staff”.

Descendants of pupils at these schools might have family memories or mementos that would give Marion an insight into the early school days of her father, his two brothers and sister.

Their mother, Winifred Samuels, was born in Potters Bar in 1900. She became an inmate at Barnet Workhouse at the age of 16 and worked there as a domestic servant.

Having researched the history of her family, Marion says she thinks this happened because of the shame of being an unmarried mother – which Winifred repeated at the age of 19, 22 and 27.

It was only after her father’s death that her mother revealed a family secret: Winifred’s father in Potters Bar was the father of his daughter’s four children. “Sadly, every time she went home from the workhouse in Barnet, she was made pregnant again by her father.’

Marion said that she and her three brothers had no objection to the parentage of their father becoming public knowledge.

“Many years ago, my mother wrote to the local paper in Barnet looking for relatives of John Samuel. She had a reply from a lady in Potters Bar who turned out to be a cousin of his mother Winifred.

“She happened to know all about the children’s parentage and told my mother. I am not sure if my father knew, but on his marriage certificate his father is stated as George Henry Samuel which was the name of his grandfather/father.

“We children were not told any of this until after my father died in 1984 when mum decided that we should know the truth.”

“I was born Marion Jean Samuels and I have been researching my side of the family for years, but I have only just discovered their link to Guyscliffe.”

When a young man, John Samuel played for Barnet FC and on his retirement, he worked part time as a gardener for the Bevan Park Baptist Church and as a potman at the Kings Head, East Barnet.

Instead of being isolated from life’s experiences, the children were taken in long term and attended local schools. Many of the Guyscliffe children went to Christ Church Primary School.

The site of Guyscliffe is now occupied by Graseby House, which houses clinical administration staff for the Royal Free Hospitals Trust. Previously the building – opened in 1995 – provided student accommodation, teaching areas and a health spa for Barnet and Southgate College.

Barnet Workhouse was built in 1836 and the last of the remaining buildings were demolished in 2002 to make way for a car park for Barnet General Hospital.