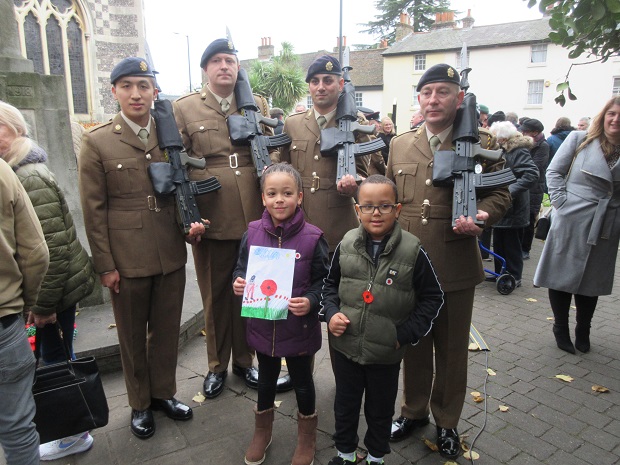 A hand-coloured tribute from a six-year-old Barnet schoolgirl was added to the wreaths of poppies laid around the war memorial at Barnet Parish Church during the Remembrance Sunday Service.

Eloise Weekes-Eden, a pupil at Underhill School, drew and coloured her own contribution for the Act of Remembrance and placed it at the base of the memorial.

After the socially distanced event a year ago when the public were asked to keep two metres apart, there was a deep of throng of people beside the church for the two-minute silence. 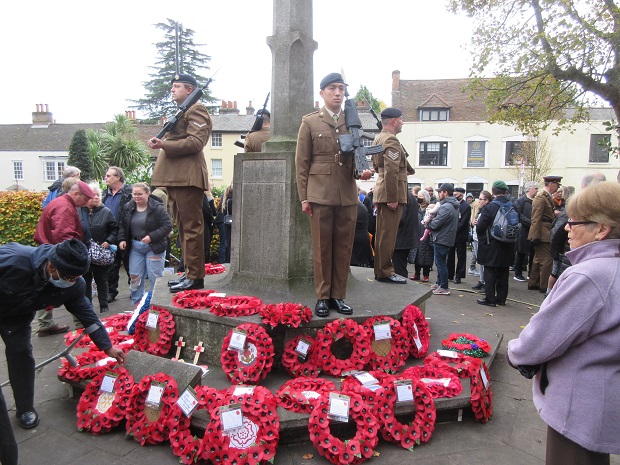 Among those who laid wreaths was Theresa Villiers, MP for Chipping Barnet, who later joined the congregation for the Remembrance Sunday service at the Parish Church of St John the Baptist.

Martin Russell, the representative deputy lieutenant for the London Borough of Barnet, joined those laying wreaths and he also read one of the lessons.

Access to the church was barred last year under the lockdown regulations and instead a short service was held in front of the war memorial.

With the lifting of the restrictions, a parade to the war memorial was organised by Sergeant Major Mark Smith of the 240 Royal Logistics Corps which is based at the Barnet Army Reserve Centre in St Albans.

After the much-reduced Act of Remembrance last year due to the Covid.19 pandemic, he was pleased that all their preparations had worked so well.