A snapshot of life among Barnet's working class a century ago 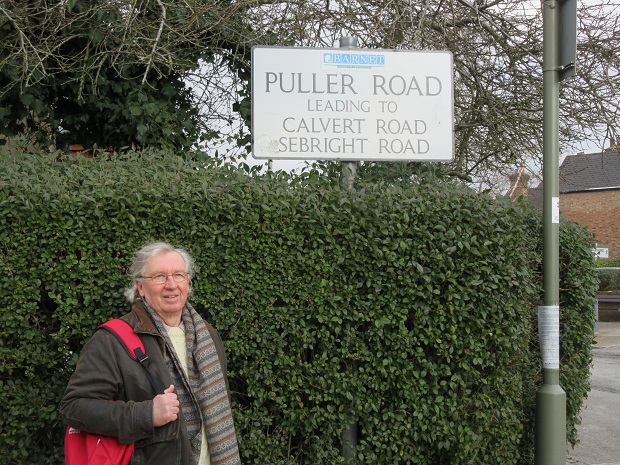 Research by a local historian provides a fascinating insight into the occupations and everyday life over a century ago among the several hundred families who lived in a respectable working-class enclave close to Barnet town centre.

Dennis Bird, a long-standing member of the Barnet Local History Society, has completed a detailed examination of the 1911 census for the streets that make up SPACES – the group of houses bounded by the four roads of Sebright, Puller, Alston, and Calvert.

His study is a snapshot of what, shortly before the First World War, was a solid, respectable working-class area – only one person was unemployed; two households had a servant; and the inhabitants included a Belgian hairdresser and a German optician. 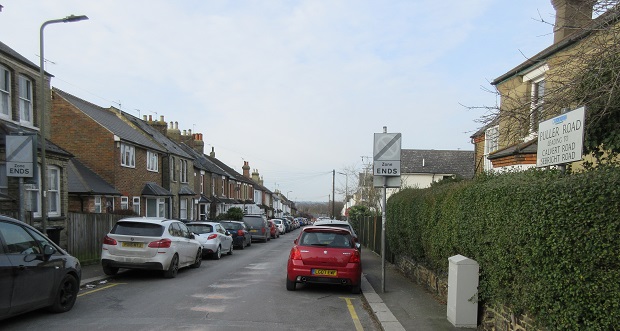 Barnet had expanded rapidly after the railway reached the town in 1872 and the farmland on the west side of the High Street was gradually built over, including the fields that disappeared under the streets that now make up the SPACES community.

Development was piecemeal as the family of the Liberal peer, the Earl of Strafford (George Byng) sold off fields. The new houses and gardens followed the field boundaries, and the streets were named after four MPs who served after the Great Reform Act – Sebright, Puller, Alston, and Calvert. 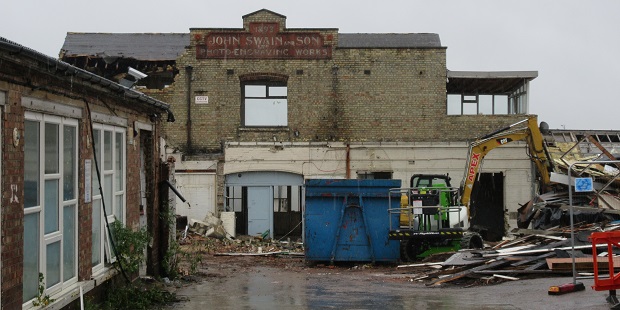 The two biggest employers were the nearby factory of the Barnet Dental Manufacturing Company (now Alston Works) which supplied dentistry equipment, and the photo-engraving works of John Swain and Son in Bath Place, which was renamed Brake Shear House, and which was demolished last year. 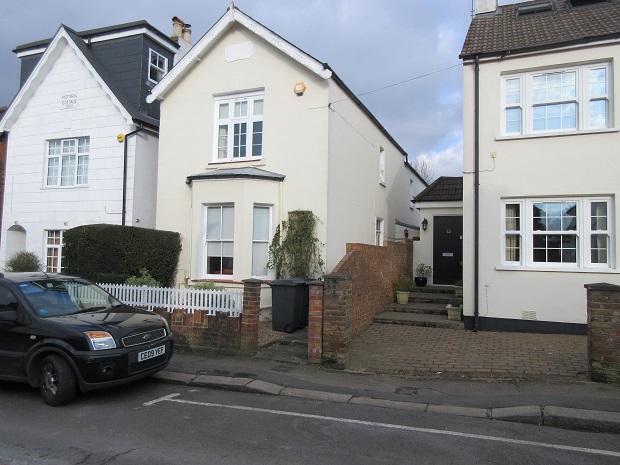 One house in Sebright Road of special interest was No.14 occupied in 1911 by the Deamer family. Two of their sons were killed in the First World War, one just before Armistice Day in 1918.

The 1911 census was held on Sunday 2 April and Dennis Bird, a trustee of Barnet Museum, describes the information he extracted from a census which went into much greater detail than earlier surveys and which had to be completed by the head of the household and not an enumerator:

“The roads known as SPACES were built up after about 1870. Development was piecemeal and generally of a lower standard than the rest of the town. As a former resident of Alston Road, I thought it would be interesting to see what the census reveals about 1911.

“Remember, there was no tarmac, no electricity, tap water was a recent arrival, people had tin baths, outside privies, coal fires. School leaving age was 14, there was no NHS, families had lots of children and an average working week of 55 hours (but there were none of the car parking wars that are factor today). 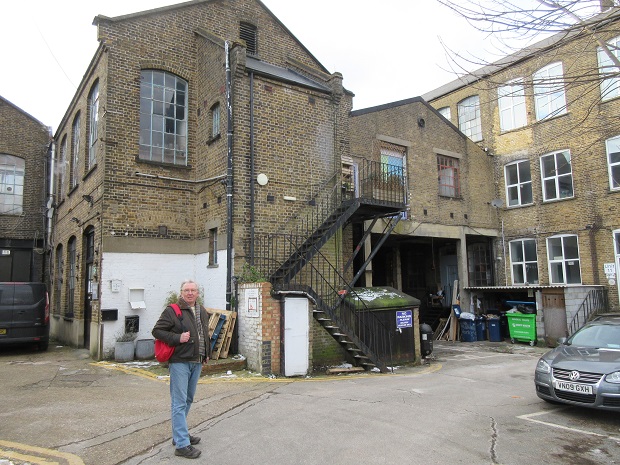 “The Dental factory in Alston Road was established in 1890 and their football team, Dental Alston, were the forerunners of Barnet FC.  Five hours work on Saturday morning and a 3pm kick off!

“I looked at the census schedules for the area and these are some of the things I found:

“There were 324 households in the area and 308 returned schedules.  The total population was 1,680 including 562 children aged 0 – 14 (not including several 14-year-olds already at work).  There were two elementary schools well established locally, Christ Church and Elizabeth Allen.  Foulds (Byng Road School) opened in 1910.

“There was no evidence that any child was educated beyond age 14, the grammar schools were for those who could pay.

“There were 832 males and 848 females so it does not appear that the women here took any notice of the suffragettes’ campaign for votes for women and their rallying call for the day, ‘If women don’t count neither shall they be counted’.

“The 1870 Education Act meant that elementary education was compulsory for all children.  It was fascinating to see 1911 handwriting from copper plate to barely legible.

“Obviously many male household heads were not used to writing and spelling could be eccentric, eg ‘Baernet’ and ‘Hearts’.

“There were 328 residents, mainly adult, born outside the London and South Herts area.  Many also came from Inner London Boroughs.  Clearly Barnet was attracting many incomers but not immigrants.

“There were only 5 people born in Ireland, a Belgian hairdresser and a German optician.  I wonder what happened to him in 1914?

“Only 14 married women admitted to paid employment outside the home which is surely an understatement and a problem with the 1911 census which shows the social mores of the time.

“Married women were expected to run the home and have children and not go out to work.  Women who worked in the public sector had to leave when they got married (which explains why women teachers are still called ‘Miss’). Married women would surely be helping husbands who worked on their own account, eg shopkeeper.  We will never know the hidden economy. 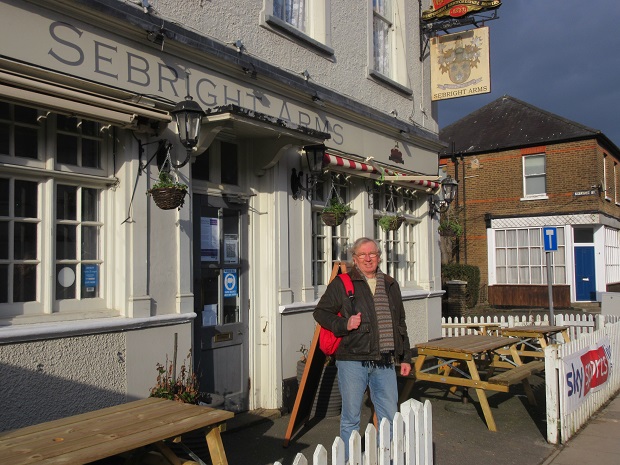 “There were only two households with a servant, one at the only pub – The Sebright Arms – and a teacher and his wife, who surely had a private income from somewhere.

“It is reasonable to assume this was a solid, respectable working-class area.  Some of the main occupations and work are as follows:  dental 68, printing/photography 41, building trades about 45 (including 22 painters), laundresses 34, gardeners 24, policemen 16 (none born locally), teachers 11 (no doubt living cheek by jowl with their pupils), farm workers 11.

“The totals cannot be entirely accurate: where does a ‘labourer’ work?  Only one person admitted to being ‘unemployed’ as it was conventional in 1911 for unemployed workers to state their previous occupation in the census.  One house was a Salvation Army centre which no doubt added to the respectability of the area along with 3 clergymen householders.

“Obviously, work was local and commuting something for the future.  There were only two obvious commuters, a father, and a son, who were House of Commons doorkeepers.  A train ride was a rare treat.

“Sixteen shopkeepers completed schedules, though it is unlikely they all traded in the SPACES area.  There was, however, a local butcher, fishmonger, baker, grocer, confectioner, dairy, bootmaker, and Post Office (that included a telephone).

“There is some evidence of overcrowding.  Large families were normal with 4-6 children and there were 75 ‘boarders’.  Most dwellings had 2 to 3 bedrooms.  A third bedroom was a good opportunity to have a boarder!  There was little or no owner occupation, renting was the norm.

The saddest part of this interesting exercise was recognising many names of young men (about 25) whose names are on the Barnet war memorial at the Parish church of St John the Baptist.  Of every 20 British servicemen in the First World War, on average 3 were killed and 6 wounded.

Note:  To access the 1911 Census online you will probably have to pay.  You can look for no charge at Barnet Museum when we are open again.

Family historians are eagerly awaiting the publication of the 1921 census in January next year and in the meantime get ready to complete the 2021 census which is being held on Sunday 21 March 2021.