Warning to walkers: avoid hazardous trees yet to be cleared on Monken Hadley Common 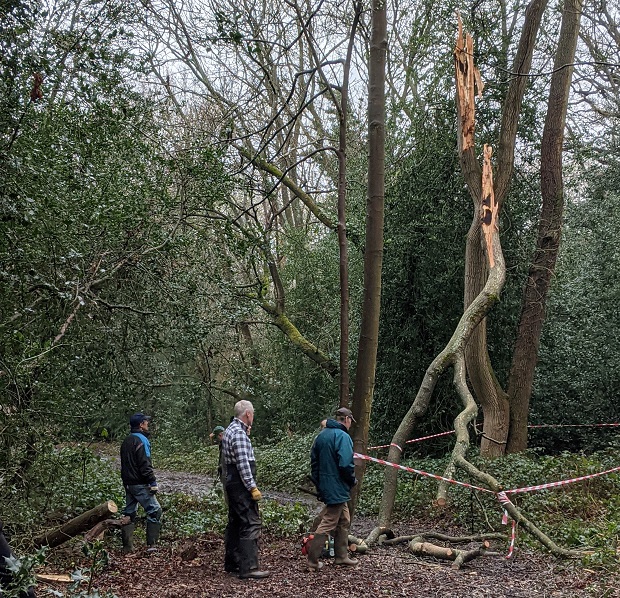 Volunteer working parties have managed to clear fallen branches and mark with hazard tape some of the twenty or so trees on Monken Hadley Common which were brought down in Storm Eunice.

But several footpaths remain blocked, and walkers are being urged to steer clear of unstable uprooted trees until they can be cut up and removed by tree surgeons.

Volunteer Linden Reilly, who has been documenting and photographing their work, urged people visiting the woods and common land, which stretches over 78 hectares, to be extra careful. 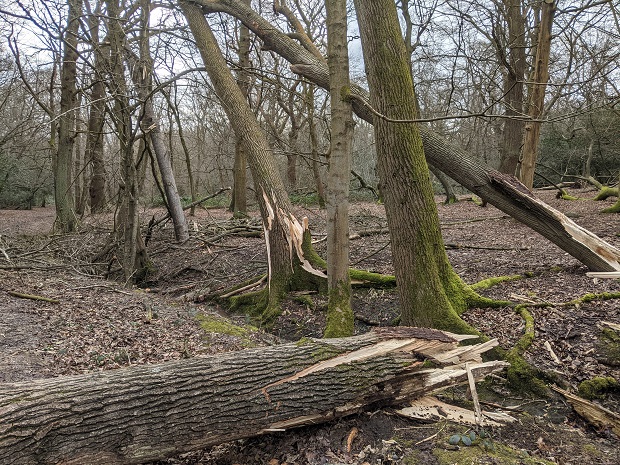 “Several of the trees just snapped in half, other were uprooted, and some have fallen over footpaths. Others are leaning precariously across where people walk, so do take care.

“Some of the trees that keeled over smashed into other trees on their way down. The branches and trunks are tangled together and propped up precariously.

“Walkers should avoid any branches or trunks that are caught in the tree canopy and could fall, particularly after storms and high winds.

“Hadley Common has semi-natural woodland and walkers should make sure their children and dogs don't go near any branches and tree trunks that are dangerously balanced.

“We will have to wait for tree surgeons to tackle the biggest trees, but some of the dangerous spots are marked with hazard tape.”

The working parties found that over 20 large trees were brought down during Storm Eunice, an intense extratropical cyclone on Friday 18 February.

Older volunteers say they had not seen anything like February’s storm since the Great Storm of October 1987 which also left a trail of destruction across the country. 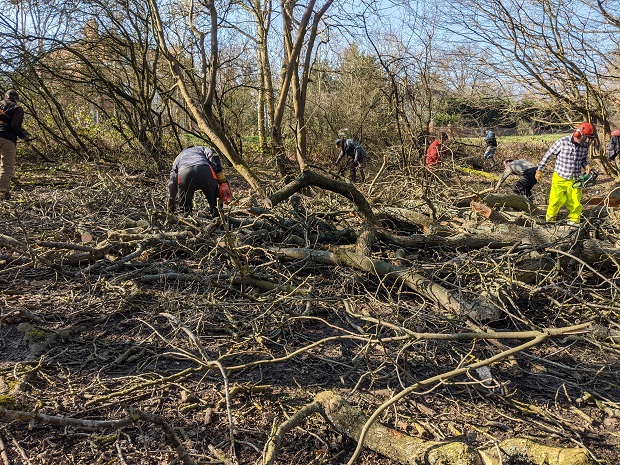 One major challenge was to clear a large fallen tree from the footpath that forms part of the London Loop.

Another priority for the working parties, which go out on Tuesday and Thursday mornings, has been to clear ditches across the common which had been blocked by branches and tree trunks.

“With so much rain recently, we have to keep the ditches clear otherwise the water backs up and can cause problems.”