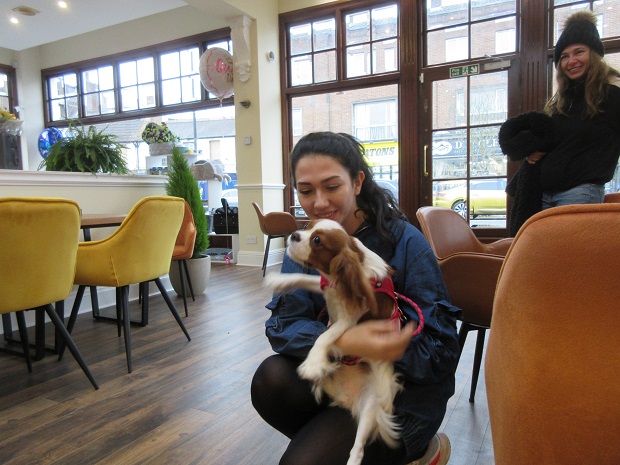 "Dogs and cats welcome" is the invitation that awaits customers at Nika, an innovative pet cafe which has opened on Barnet High Street.

After several days brainstorming two Iranians, a trained veterinary surgeon and a former enterprise management student, came up with the idea of combining a cafe that welcomes pets with a well stocked pet store.

After just five days’ trading, the joint proprietors, Hamid Pourrahim and Shadi Rasouli, say they have been delighted with the reception they have received especially from dog owners. 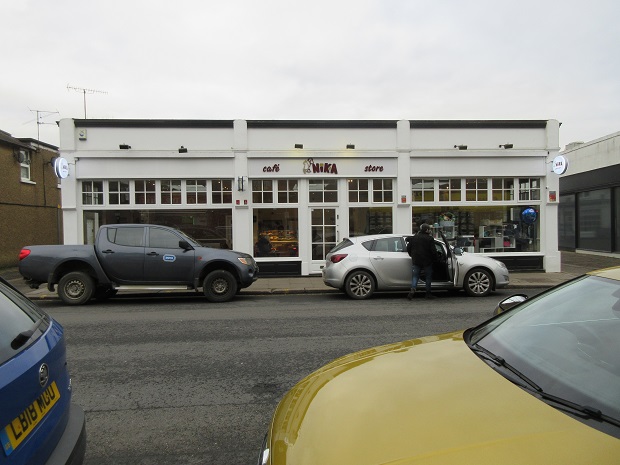 The couple have taken over a former showroom of estate agents Statons and they offer customers the use of an extensive lounge with chairs and tables and alongside is a store offering a wide range of pet accessories.

“We realise that many catering establishments do not have the space for customers to bring along pets and some businesses ban them altogether,” said Ms Rasouli.

“We have lots of space and can easily accommodate them.

“Even before we opened for business on Saturday morning people were queuing outside with their pets, so we know the demand is there.” 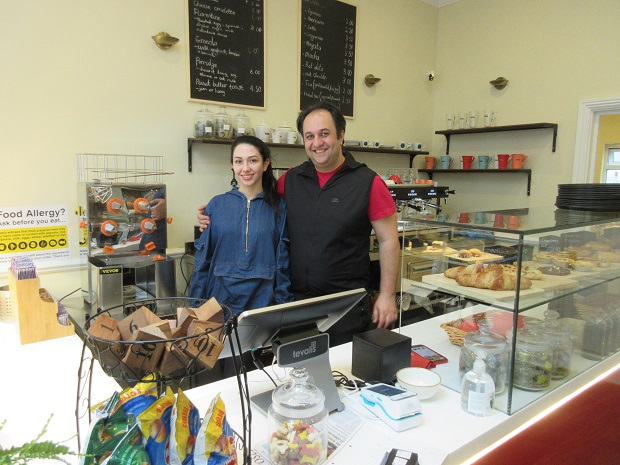 Mr Pourrahim (right), who trained as a vet in Iran, is anxious to gain a UK qualification, but in the meantime he and his wife hit on the idea of combining their interests and experience.

“Shadi has just completed her studies in enterprise management at UCL and I am keen to work with animals, so her wish to run a cafe provided a perfect match.

“We were both keen to launch a new start up company and there is no doubt that with the increase in dog ownership due to the pandemic, there are many owners who are looking for cafes that accept pets.”

They proved their point: on a quiet Thursday afternoon there were three dogs lying or sitting obediently with customers while Ms Rasouli cuddled Mocha, her cavalier King Charles (see above). 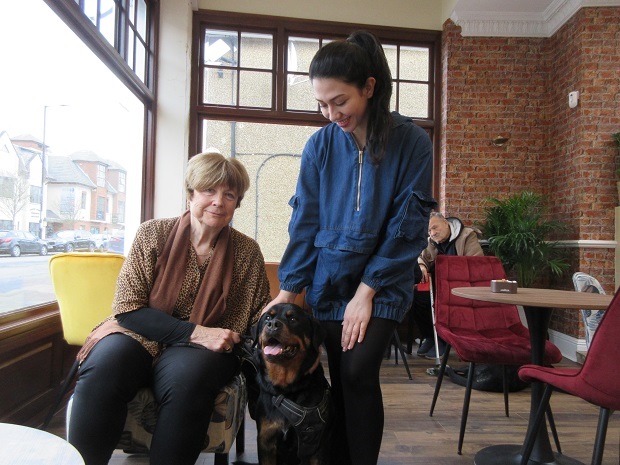 Her owner, Peter Davis, said Chelsea spent seven years in Greece before joining him at his home in Finchley. 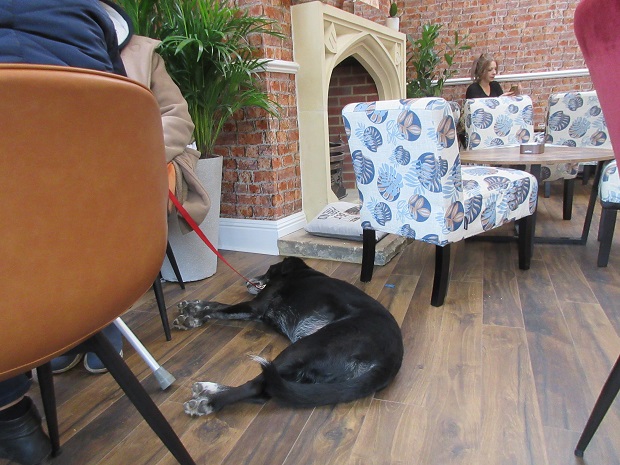 Lying asleep beside another table was Milly who was resting after her walk.

So far only two cats have made it into the cafe with their owners…but more are expected.