Mystery remains over lost battlefield site of 1471 Battle of Barnet

A report into the four-year project to discover the site of the 1471 Battle of Barnet explains why a team of military historians still cannot provide answers to the mystery surrounding the precise location of an epic confrontation during the Wars of the Roses.

Despite failing to find any definitive battle-related evidence during their archaeological dig, they call for further research and recommend several sites to the north of Barnet which they believe might be worth investigating.

Glenn Foard, Reader in Military Archaeology at the University of Huddersfield, led the 2015-18 Barnet battlefield project which was funded by the Hadley Trust.

Their 116-page report explores the many historic accounts of the battle and compares and contrasts this data with the latest experiences in battlefield archaeology and the success in locating the site of the 1485 Battle of Bosworth Field.

Despite previous searches and years of study, historians have failed to agree on the exact location of the confrontation between Lancastrian and Yorkist armies that took place on 14 April 1471 in fields up to a mile north of Barnet.

Teams of battlefield archaeologists, including volunteers from Barnet Museum, conducted extensive metal-detecting searches and excavations in fields and woodland around Kitts End Lane and Wrotham Park. 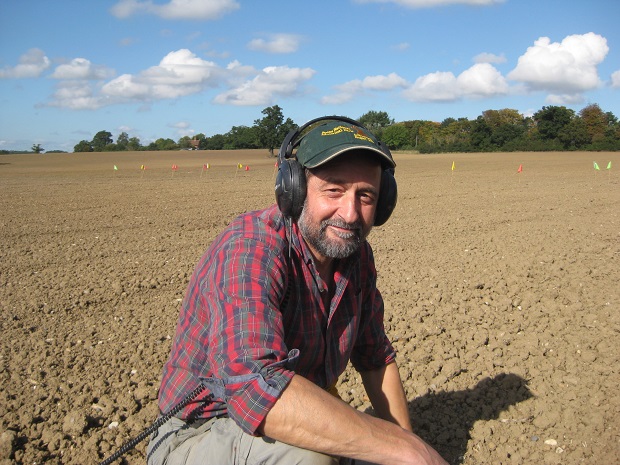 At the start of the project in 2015, Foard joined metal detectorists who searched one of the fields between Kitts End Lane and the St Albans Road.

Some artefacts were recovered but they failed to find military archaeology that linked the site definitively to the battle. 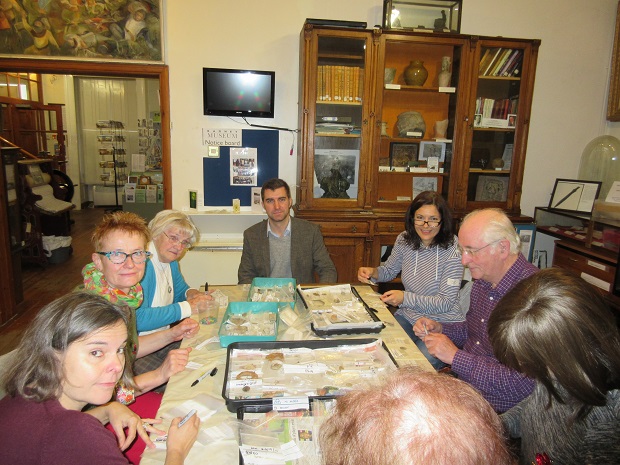 Volunteers at Barnet Museum, under the direction of Sam Wilson (centre), cleaned and recorded all the various items that were found. However, most of the objects recovered were modern “junk”.

The report’s conclusion is that the slight scatter of finds – and the discovery of round shot by other metal detectorists in previous years – suggests the main action of the confrontation between the forces of Edward IV and Warwick the Kingmaker lay beyond the search site in areas where metal detecting has not yet been undertaken.

Foard -- and his two other team members and report authors, Tracey Partida and Sam Wilson – say the significance of their research, and the need for it to continue, is that Barnet still presents perhaps the best potential for further investigation out of several of the lost battlefield sites of the Wars of the Roses.

Barnet’s added importance is that it is the only surviving English battlefield of the period where an army was known to have included a substantial number of hand gunners.

“Thus, Barnet might be our only opportunity in England to reveal the archaeological signature of late 15th century handguns when used in battle...and we cannot be sure which type of handgun was used by the Flemish mercenaries at Barnet.”

If round lead shot had been discovered in the search area that might have helped to unlock the mysteries surrounding the Yorkist army’s defeat of the Lancastrian forces and the death of Warwick.

Hundreds of Flemish hand gunners were present in the Yorkist army and if lead bullets were found at Barnet they would be “potentially of exceptional archaeological value” as no other European battlefield of the later 15th century had yet produced large scale archaeological evidence for the use of handguns.

The report insists there is “a strong case” for a further programme of systematic archaeological metal detecting north of Barnet.

“If access can be achieved for such work then it is our view that this is the most appropriate next step in the search for Barnet battlefield.”

Two medieval roads from London – one to St Albans and the other leading to Hatfield – enclose former heathland which now includes Wrotham Park.

This historic terrain was known as Kicks End Common, and the report concludes this area most closely accords with primary accounts of the battle and would have enabled an east-west deployment by the Earl of Warwick.

The south-east fall of the pastures towards Monken Mead valley provided lower and potentially marshy ground where overnight Lancastrian artillery fire could have passed over the heads of at least some of Edward’s troops.

Only limited areas of Kicks End Common land were accessible at the time of the surveys and excavations.

A further problem was the high degree of soil contamination through the tract of land known as Deadman’s Bottom, towards Monken Mead.

Landfill of what was claimed to be “green waste” had in fact left the land heavily contaminated with modern metal rubbish, including partially ground up circuit boards and metal fitments. Such contamination rendered systematic metal detecting survey impractical.

Targets for future investigation if access could be obtained would be the Old Fold Golf Course; land around Dancers Hill which was an area where most of the artillery overshots might have come to rest; and the north side of Bentley Heath where Yorkist overshots might lie.

Another priority would be a larger excavation inside Wrotham Park, the site of a medieval Kick Ends settlement to see if there was any evidence of a chapel that was built “well upon half a myle” from the town of Barnet in memory of the soldiers killed in the battle.

Test pits were dug around a former moat within Wrotham Park, together with a geophysical survey by a team from Southampton University, but failed to identify any structures or any trace of a mass grave pit.

While a few of the high-status dead from Barnet were known to have been buried in London churches, there has been no discovery of human remains reported from the Barnet area which can be securely linked to the battle.

“Identifying the battle chapel with confidence is a crucial piece of evidence if the battlefield is to be located and understood.”

Notwithstanding their failure to prove where exactly the battle was found – “and to understand how the battlefield came to be lost” – the report says the project has provided a secure base for any future investigation.

“What the project may also have done is glimpse an ephemeral and very peripheral part of the battle-related artefact scatter.

“This is perhaps sufficient evidence to justify a new programme of metal detecting following the same methodology.”

If funding could be obtained, the archaeological excavation should be conducted over a three-year period as the smaller scale investigation carried out at Barnet had limited the search area and led to other drawbacks.

Despite their findings being inconclusive, the prospect of further investigation by battlefield archaeologists was welcomed by the Chipping Barnet MP Theresa Villiers. She told fellow MPs in a Westminster Hall debate that Barnet was the only registered battlefield site in Greater London and the only one in the country to which people could travel by tube.

The report pays tribute not only to the Hadley Trust’s funding of the project, but also the “tireless work” of the late Dr Gillian Gear of Barnet Museum who was “almost singe handedly responsible for securing the financial and community support”. 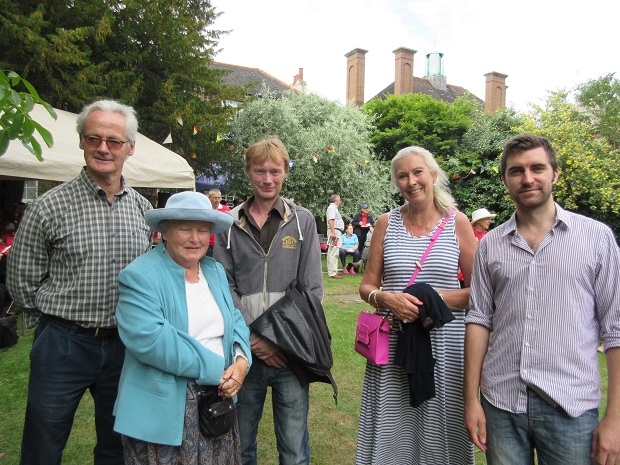 Dr Gear, the museum's archivist, presided at the official launch of the project in June 2015 after the museum, backed by funding from the Hadley Trust, was able to commission a two-year survey by military archaeologists from the Huddersfield University. A year later the Battle of Barnet Project, established by the Barnet Museum, Battlefields Trust and Barnet Society, was awarded a £100,000 grant from the Heritage Lottery Fund towards the cost or promoting and celebrating the battle and Barnet's role in the Wars of the Roses..

The photograph was taken at the 2015 launch in the museum garden. From left to right, Philip Hulme of the Hadley Trust, the late Dr Gear, Dave Adkin, metal detectorist, Janet Hulme, and Sam Wilson, archaeologist, Huddersfield University.

The Barnet battlefield project 2015-2018 and associated documents can be seen at https://archaeologydataservice.ac.uk/archives/view/1003872/index.cfm