Dollis Valley foodbank preparing for busy Christmas -- and to be relocated 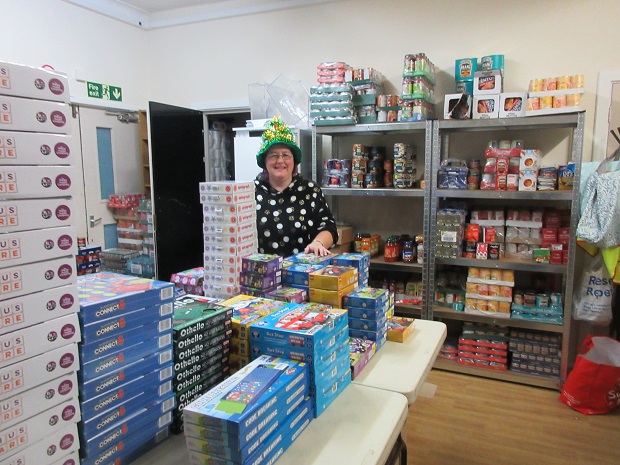 Staff at the Rainbow Centre on the Dollis Valley estate are busy preparing food parcels, seasonal hampers and presents for needy families in what might be the food bank's last Christmas in their current premises in Dollis Valley Drive.

Barnet Council is proposing to relocate the centre a few hundred yards away to the vacant cricket pavilion next to the new Ark Pioneer Academy school in Barnet Lane, Underhill.

Moving the foodbank from its current rather rundown prefabricated building to the substantial brick-built former pavilion will also help the Rainbow Centre expand its wide range of community activities. 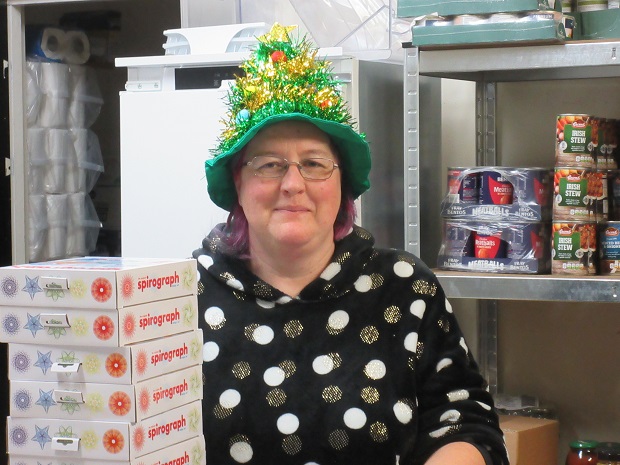 The run up to Christmas and New Year is always the busiest time for the food bank, says centre manager Sarah Snell.

Recently the number of needy families applying for help has been increasing at the rate of two to three a week and the total being assisted is now well over 80.

In the pre-Christmas week, the centre hosts a lunch club and activities for needy school children and this year will distribute 40 or more Christmas hampers each with supplies for a full day’s meals – including a turkey – and Christmas presents for children.

Various organisations and individuals – including the Felix Project – have donated food, Christmas fare and toys ready for the festivities.

In addition to being exceptionally busy, the food bank has also had to deal with shortages caused by supply chain disruption which has meant finding additional sources of essential items such as rice, pasta, tinned tomatoes, and toilet rolls.

Sarah Snell said the food bank does all it can to include fresh fruit and vegetables, as well as fresh meat, in addition to the usual range of dried and tinned food. “It often depends on what we get donated, and we are so grateful for lots of support and help.” 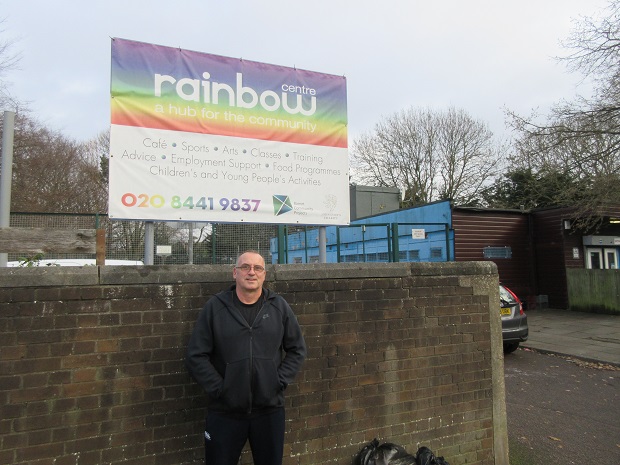 Steve Verrall, director of the charity Barnet Community Projects which runs the Rainbow Centre, welcomed news of the move to Barnet Lane.

Their current building is due to be demolished as part of the Dollis Valley housing regeneration scheme and relocating the centre to Barnet Lane, close to two schools – the new Ark Pioneer Academy and Totteridge Academy – will help boost support and attendance for the Rainbow Centre’s wide range of youth activities. 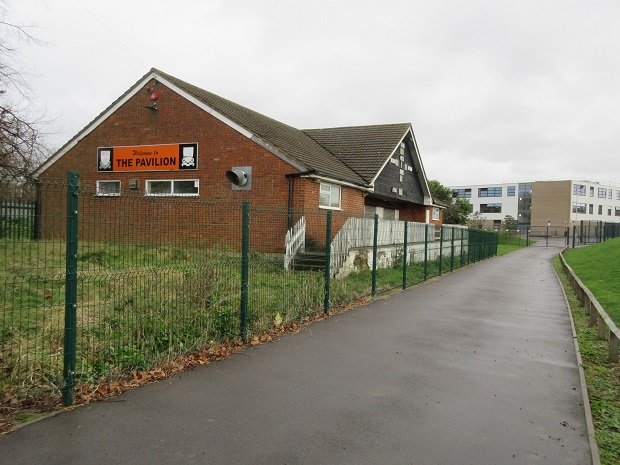 The cricket pavilion has been vacant since the departure of Barnet Football Club and the demolition of the Underhill stadium which made way for the Ark Academy.

In its application for planning permission to convert the pavilion into a community centre, the council says the building will need to be refurbished and repurposed to accommodate community activities that include not only the food bank but other support projects for local residents and youngsters.

By far the most popular of the current youth activities are the martial arts classes held three evenings a week for eight to eighteen-year-olds on Mondays, Wednesdays, and Fridays.

Thursday is another increasingly popular evening with a range of activities on offer for youngsters including exercise sessions, boxing training, table tennis and pool.

Robin Bishop, who leads on planning issues for the Barnet Society, welcomed the council’s decision to rehouse the Rainbow Centre inside the former cricket pavilion.

“Not only has the Rainbow Centre long deserved better, permanent accommodation, but it would also rescue the pavilion from longstanding dereliction and vandalism.

“Furthermore, it would reduce the need for a massive new building in the middle of Barnet Playing Fields, which the council proposed in 2018 to house not just Rainbow but a café and sports facilities, plus a 66-bay car park.”

Mr Bishop said the Society made it clear during the 2018 consultation that it hardly made sense – at an estimated cost of about £11million – to house the centre, café, and sports centre so far from public transport, in the heart of a much-loved green space, encroaching on the Green Belt.

“The former cricket pavilion is an obvious candidate for use and it is gratifying that the council now sees the sense of repurposing it, which will be better value financially and environmentally, and much more acceptable to the community than the previous scheme.”