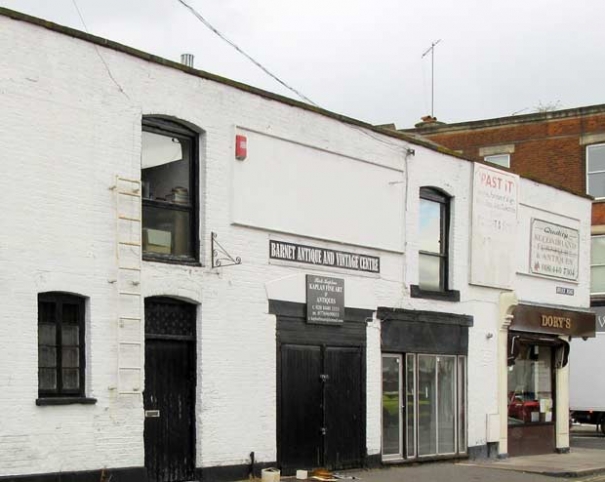 Superdrug closed its High Street outlet in mid-August and customers are being told that Clarks shoe shop, on the corner with Union Street, will close on September 15. 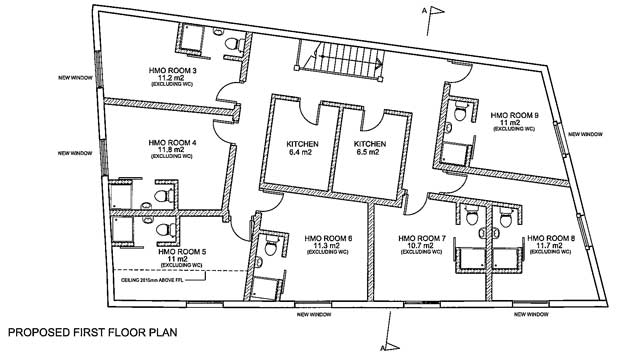 The planning application showing the lay-out of the seven rooms and two communal kitchens on the first floor of the former Barnet Antique and Vintage CentreBarnet Council’s website shows that a planning application has been submitted to convert the former Barnet Antique and Vintage Centre, in Bruce Road – at the junction of High Street and St Albans Road – into a house in multiple occupation containing nine self-contained rooms each ranging in size from 10.4 to 11.8 square metres, and each with their own toilet and shower.

The application by Mornworth Ltd says that the nine rooms all “comfortably exceed” the government’s 2017 standard for multiple occupation rooms of 10 square metres plus space for toilet and shower.

In support of its request to change the use of the building, Mornworth, says that Barnet Homes, operated by Barnet Council, has a waiting list of 85 people aged under the age of 35 who are seeking accommodation of the kind supplied by houses in multiple occupation. 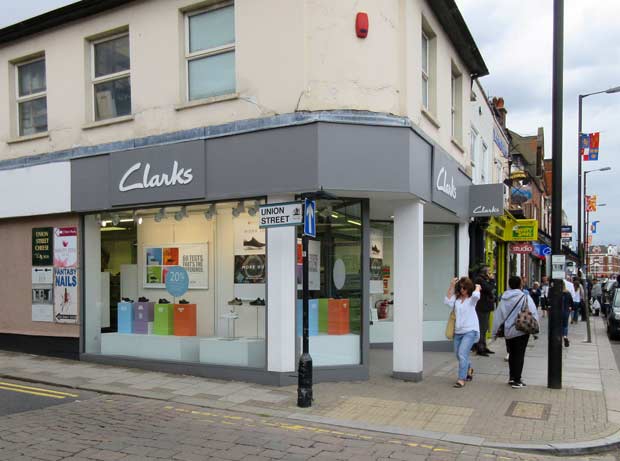 Clarks shoe shop - a favourite for Barnet familiesBecause of the demand for low-rent accommodation, especially across London and the south east, the government introduced the 10-square metre standard for rooms in houses in multiple occupation and eased the rules for the conversion of empty office and retail buildings.

Self-contained accommodation in homes in multiple occupation is expected to contribute nearly 2,000 homes and the government says they will be an important source of “low cost, private sector housing for students, those on low incomes and those seeking temporary accommodation.”

But housing pressure groups are highly critical of the government’s decision to allow developers to provide apartments with such cramped living space and they say people should not be expected to live in an area smaller than the size of a typical bedroom inside a crowded building.

Barnet Antique and Vintage Centre was originally a corn store and warehouse, built between 1877 and 1896, and the planned conversion into a house in multiple occupation extends across the whole of the first floor, but on the ground-floor does not include Dory’s café on the corner of Bruce Road and St Albans Road which is a separate freehold. 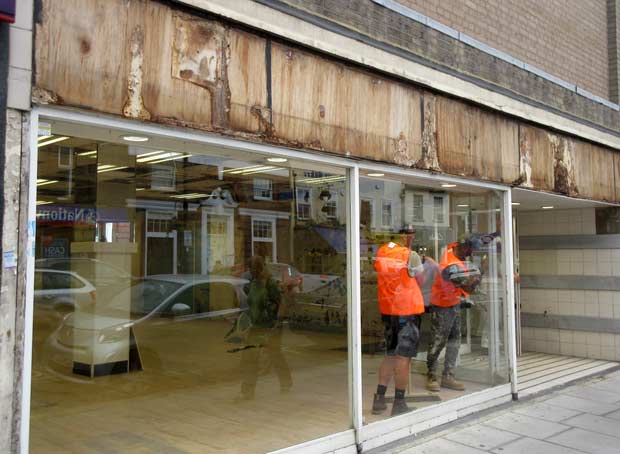 Superdrug closed its High Street store in mid-AugustIn its application, Mornworth says that the seven rooms on the first floor would share two communal kitchens, each of 6.5 square metres.

On the ground floor, in addition to another two self-contained rooms, there would be space for two shops and the aim would be to create a harmonious shop frontage that matched the “attractive period shop front” of Dory’s café and made a “positive contribution to the Monken Hadley conservation area.”

Mornworth is described in the application as a local investor in residential rental properties and is owned by Mr Kurt Fritzsch.

Despite the loss of Superdrug and the imminent closure of the long-standing Clarks shoe shop – which has supplied shoes for generations of High Barnet families – there is news of one newcomer.

Harry’s, which describes itself as a traditional butcher and fishmonger, is about to open in the former premises of Butcher’s Hook, which ceased trading in October 2017 and at the time was the last butcher’s shop in Barnet High Street.

Download the Bruce Road Planning Statement and Plans using the link below.

Published in High Street The Spires
Tagged under
Download attachments: