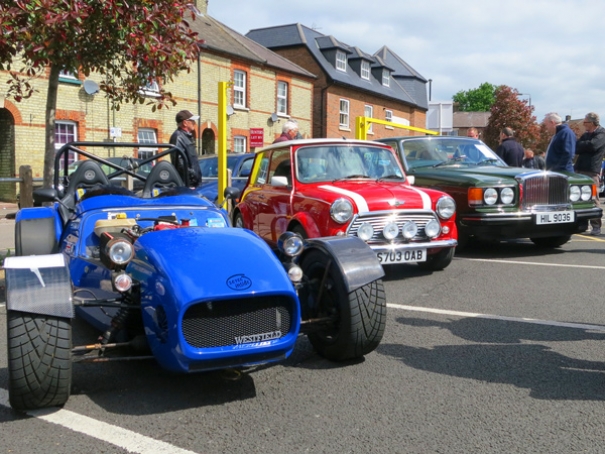 Thirty cars assemble each May beside the market, and around the Spires bandstand, providing an engrossing spectacle for classic car enthusiasts. 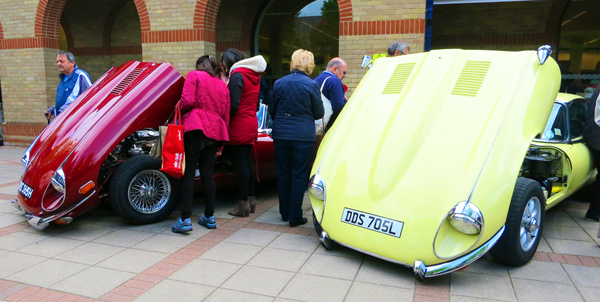 Jaguar E types, owned by John Bishop and David Render at the classic car show organised by Friends of Barnet MarketThe club, now in its third year, has 45 members, a newsletter produced by the club’s organiser Owen Jones, and a busy programme of events.

Because the show is limited to the market and bandstand, there has to be a limit of 30 of the number that can be on show each year.

On the morning of the show cars assemble at the Barnet playing fields car park and then drive up Barnet Hill at 30-second intervals. Chris Nightingale, chairman of the Friends of Barnet Market, and other committee members guide the cars to their display positions.

Lots of people are fascinated by these older cars

Mr Jones says classic cars are much appreciated by younger drivers who like to see these vehicles out on the road, as most of them were built long before they were born. 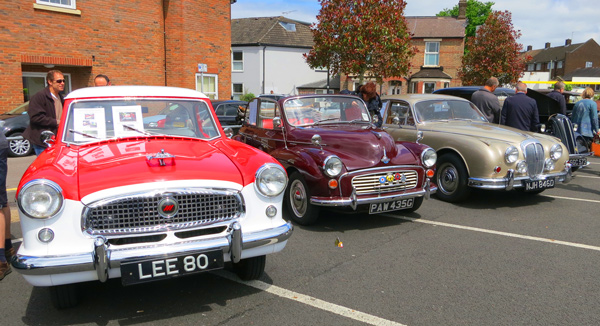 Jon and Janine Richard’s Nash Metropolitan; Beverley Green’s Morris Minor Convertible; and Lewis Green’s V8 Daimler“Lots of people are fascinated by these older cars, especially those who recall them as familiar sights on the roads in their earlier days.

“These classic cars do have a simple charm. They are so different in their engineering and workings from the breathtakingly efficient cars of today with their on-board engine management systems.

“Another great attraction of the classic car is that a great deal of the maintenance can be carried out by the owner without recourse to a computer to interrogate the management software.

“Engines, gearboxes, suspension systems and so on are invariably simpler and much more accessible than with modern cars,” said Mr Jones.

In addition to the classic car show at the market, the club has several meetings a year, at the Crooked Billet in the summer months and in the library of the Duke of York in the winter.

Such is the popularity of the club’s meetings that there is often standing room only.