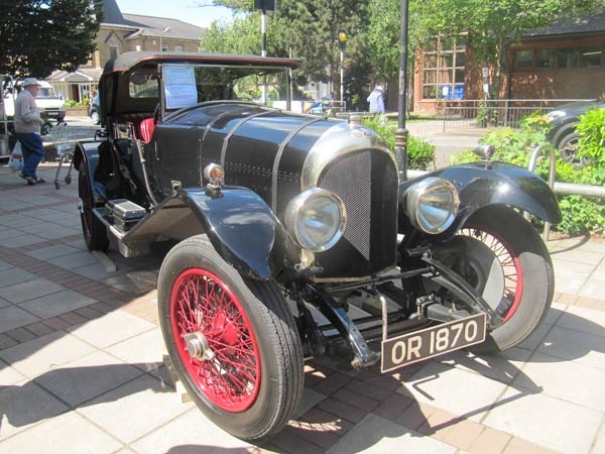 Bertie, a rare 1920s Bentley owned by Paul and Pina Griffin, will be one of the star attractions
Barnet’s annual Classic Car Show on Saturday 30 June is to be bigger and better than ever before – and will be held at a new venue, the Army Reserve Centre, in St Albans Road, Barnet, as part of the celebrations to mark National Armed Forces Day.

Vintage and classic cars will be on display together with a range of military vehicles, weapons and equipment.

The Army Reserve Centre – formerly known as the Barnet Territorial Army centre – will be laying on events and competitions in the hope of raising money for the Army Benevolent Fund.

The St Albans Road site is base for the 240 (Barnet) Transport Squadron, Royal Logistic Corps, and among the attractions will be an Army field kitchen selling burgers and chips. 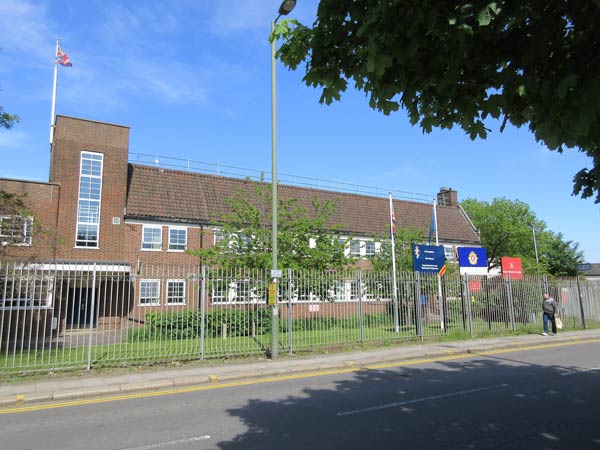 Barnet’s Army Reserve Centre is to host this year’s Barnet Classic Car ShowThe display will begin at 10.30 am with the annual parade of vintage and classic cars up Barnet Hill and along the High Street with the cars taking up their positions at the Army Reserve Centre from 11am onwards.

Chris and Diane Nightingale, organisers of the show, say there will be more classic cars on display than in previous years.

“The aim of the open day is to provide an entertaining event for all the family and a chance for local residents to learn more about the activities that take place at the large St Albans Road Army Reserve Centre.”

In previous years Armed Forces Day has been marked by a military march, but this year local Air Cadets, Army Cadets and the British Legion will be joining the Royal Logistic Corps to stage a fun packed day in the parade ground at the St Albans Road centre.

Among the events will be a charity WATT bike challenge – a test of endurance on a military exercise bike.

The centre will be open to the public from 10am to 3pm.

Published in High Street The Spires
More in this category: « Spires to host press ups endurance event Wars of the Roses banners for Barnet High Street »