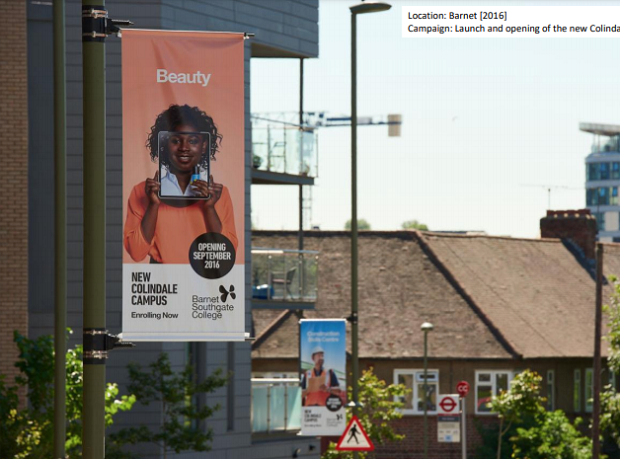 PVC plastic advertising signs hung from lampposts -- including possibly along the full length of Barnet High Street -- might become a new way of generating income for Barnet Council.

Bay Media Ltd, which is the council’s street advertising provider, has submitted over a dozen planning applications for well over four hundred installations in main roads across the borough.

The Barnet High Street application (21/0548/ADV) is for up to 81 lamppost banners from Hadley Green, through the town centre, and down Barnet Hill as far as the Everyman cinema.

So far attempts to install more advertising displays in the de-cluttered High Street have been resisted. An application last November to erect more payphones with illuminated advertisements failed to get approval.

Lamppost banners would hang over pavements, 2.8 metres above ground.

Their potential impact is now being assessed by groups such as the Chipping Barnet Town Team, the Barnet Society, and the Barnet Museum, which hangs hand-painted medieval banners along the High Street to celebrate anniversaries of the Battle of Barnet.

Miss Lizzie Miller, sales director of Bay Media, specialists in raised lamppost banners, told the Barnet Society that the firm had been working in conjunction with Barnet Council since 2018 examining ways to generate revenue from council highways assets such as lampposts - and the council considers over 1,000 in and around town centres could be considered appropriate.

Approval has already been granted for the installation of lamppost banners on several roads in Colindale and the company had now submitted applications to see whether the planners would grant permission for other locations.

The application for banners along Barnet High Street shows they would be attached to up to 81 lampposts from the junction with Christ Church Lane at Hadley Green, through the High Street (except beside the parish church) and then down Barnet Hill to the North and Western Parade.

Miss Miller explained that applications had been made for far more banners than might be permitted but the aim of the numerous applications was to see where such installations might gain planning approval.

“Lamppost banners reduce the need for additional infrastructure along highways, such as poster sites.

“We have installations all over the UK and they raise large sums of money for many London boroughs.” 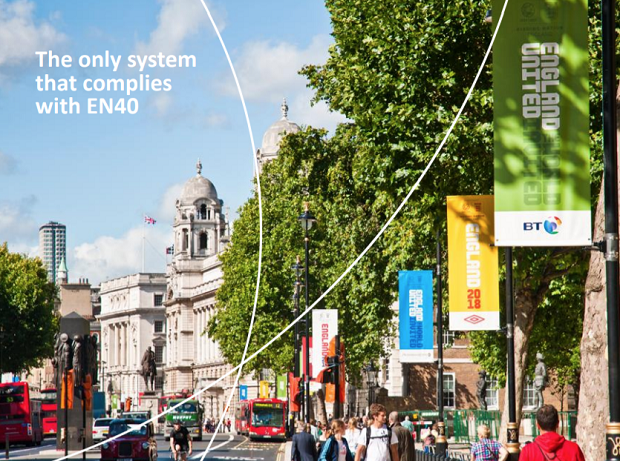 Bay Media’s role was to supply fittings and sell advertising space, the income from which would help provide guaranteed revenue for council taxpayers.

A policy on street advertising was agreed by the council in 2018 and the option of lamppost banners is a form of advertising that it is thought would appeal to local shops and traders as it less costly than the backlit advertisements on structures such as bus shelters.

A contract agreed with Bay Media would allow the company to use up to 500 lampposts across the borough over a five-year term.

Lamppost banners were a form of advertising that the council also believed would help local business promotion, and publicise local events, schools and colleges while ensuring that council assets generated as much income as possible.

Robin Bishop, chair of the Barnet Society, said the application for installing advertising banners in Barnet High Street was a matter of concern as there appeared to have been no prior consultation,

Equally there seemed to have been no attempt to take on board the concerted efforts to de-clutter the High Street, which passes through two conservation areas where there are controls on all advertising.

Mr Bishop said the society and the Chipping Barnet Town Team would want to consider the proposals as would the Barnet Museum in view of the impact that advertising banners might have on the annual display of Battle of Barnet banners.