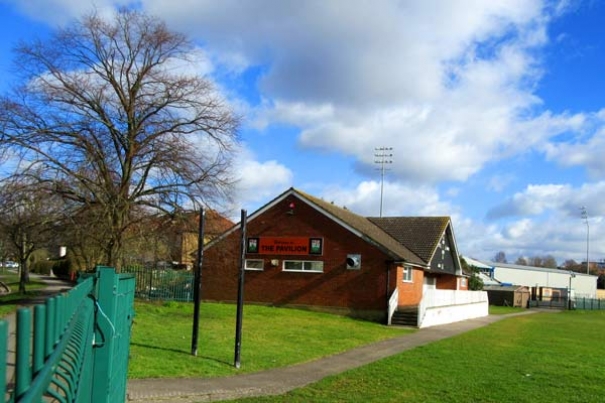 Pitches of the former Barnet Cricket and Hockey Club would become playing fields for the new Ark Pioneer Academy that is planned for the site of the former Underhill stadium
Barnet Football Club’s vacant stadium at Underhill is to be demolished to make way for a proposed new free school – Ark Pioneer Academy – that would eventually accommodate more than 1,800 pupils.

The site of the empty stadium has been purchased by the government’s Education Funding Agency, which is responsible for purchasing land and premises for new free schools and academies.

Barnet’s new free school is one of ten new academies due to be established by Ark Schools, one of the UK’s largest academy operators, which already runs schools in several London boroughs.

If planning permission is obtained Ark Pioneer Academy would open in September 2017, and when at full capacity would offer three-form entry at primary and six-form entry at secondary. Eventually the school would have approximately 1,890 pupils, including 60 nursery places, 630 primary, 900 secondary, and 300 sixth-form pupils. The first year’s intake would be 90 pupils in reception and 180 in year seven.

The main buildings would be situated in the centre of the Underhill stadium and the adjoining former cricket and hockey ground would become playing fields for the new school. Access would be via two separate one-way entrances located on Barnet Lane and Westcombe Drive; 40 car-parking spaces would be provided for staff.

An application for planning permission is due to be submitted shortly to Barnet Council by the EFA and the preliminary proposals suggest that the new buildings would be ‘carefully designed’ so as to minimise impact on both neighbouring houses and the Green Belt.

The tallest part of the new school would be at the centre of the stadium, at the furthest point from the surrounding properties; and the school playing fields, on the site of the former Barnet Cricket and Hockey Club, would be replacing existing recreation ground.

Robin Bishop, chair of the Barnet Society’s planning and environment committee, comments, “A new all-age school could be a suitable use for the redundant football stadium, particularly in view of the rising shortage of primary – and before long, secondary – places in Barnet. But a lot will depend on its design.

The Ark proposal seems big for the proposed site, which is in the Green Belt and could involve fencing off more of the Underhill recreation ground. There may also be a temptation to add some housing to offset the cost. There must be proper consultation with the local community – not just parents – before the designs are frozen.

Two additional applications to open new free schools for the Barnet area were submitted to the Department for Education at the end of May – the deadline for new academies and free schools that plan to open for the September 2017 intake.

The more ambitious of these two projects was launched in 2013 by a group of teachers and parents who want to establish the Ara School for both primary and secondary pupils. Their aim is to open a school that would seek to align the UK national curriculum to the International Baccalaureate.

An application to establish a new Church of England free school has been submitted by the four churches in the Parish of Chipping Barnet. Their aim is to offer 60 places each year from 2017 onwards, with a two-form entry for four- to five-year olds.

Both bids are now being considered by the Department for Education. On its website (www.araschool.org), the team behind the Ara School project say they “have their fingers crossed” and hope to hear the government’s response later in the year.

Judy Burstow, a leading member of the group behind the application for the new free school in the Parish of Chipping Barnet (www.chippingbarnetcofeschool.weebly.com), said they were waiting for a formal interview by the Department.

The sale of Underhill signals the chapter in what became a tortuous saga surrounding the final years of professional football at Underhill.
Barnet FC moved to the Hive Football Centre in Camrose Avenue, Edgware, in April 2013, and there has been speculation for some months that Underhill could be redeveloped as the site for a school.

Anthony Kleanthous, the Barnet FC chairman, confirmed the sale in a statement on the club’s website (www.barnetfc.com). The announcement had been delayed for legal reasons and because the club had been anxious to avoid clashing with the general election campaign.

Mr Kleanthous thinks there is little if any chance of Barnet FC returning to the town in the foreseeable future, and says the Back to Barnet campaign should realise it is “probably time to move on”.

He was disappointed that the club’s 106-year association with Underhill was over, but he had tried without success for 20 “long years” to persuade Barnet Council to allow the club either to expand at Underhill or to move to a new site in the borough.

He blamed the decision to move out of Barnet on the knife-edge political control of the council and the “continual changing politics” of those in control.

“It is disappointing that local councillors were unable or unwilling to fight to keep the greatest sporting community asset this borough could have hoped for, but that is history now and we have moved on to pastures new, starting a new chapter at the Hive.

“Although I have always supported the Back to Barnet campaign, after two years of fund-raising and campaigning, I think it would be fair to say that it is probably time to move on.

“There can be no doubt that Barnet FC currently find themselves in a much better place than when we left Underhill in April 2013. I hope one day that we will return but cannot see this in either the short or medium term.

“It is best that we all now focus on making our new home here at the Hive as comfortable as possible. We need to build on the positive momentum and focus on the future, not the past.”