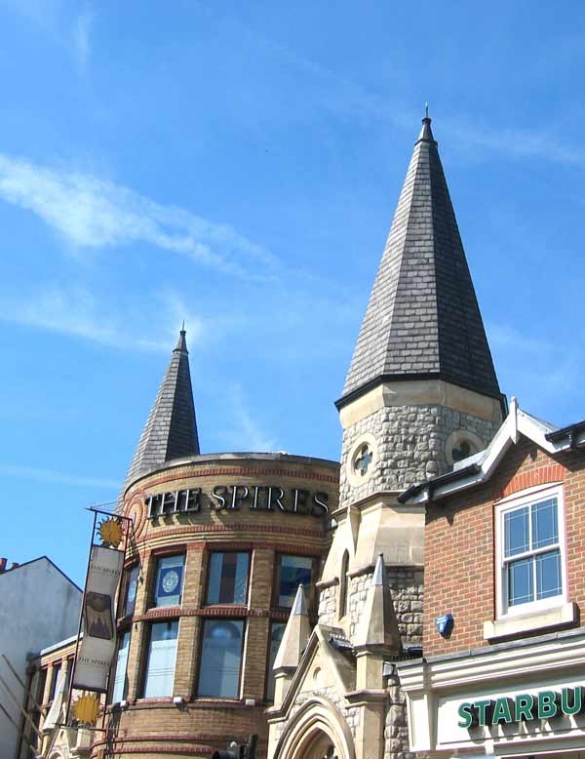 The Spires
A fresh start for retailing in Chipping Barnet: the Spires shopping centre has been purchased by the William Pears Group, one of Britain’s biggest privately-owned property groups which keeps a low profile but has its roots in north London.  Contracts have been exchanged and the sale of the shopping centre by UBS Triton is due to be completed by late April.

Mark Pears, chief executive of William Pears, lives in Totteridge, and the strong local connections of the group, which has its headquarters in Hampstead, have encouraged local organisations including the Chipping Barnet Town Centre Strategy Board and the Friends of Barnet Market to think that the new owners will be prepared to work to revive both the Spires and the adjoining Barnet Market.

William Pears’ interest in purchasing the Spires first emerged in February when Redefine International, which had put in a £34 million bid for the complex, confirmed that it had dropped out of the race to buy the property as UBS Triton had received a higher bid.
Confirmation that the Spires’ sale to William Pears was going ahead was obtained from Richard Hulme, director of commercial property management at Savills.  In a statement to the Barnet Society (8.4.2013), he said:
“UBS has advised me that contracts were recently exchanged for sale with William Pears.  Completion is due to take place in a few weeks’ times.”

Barnet Society did ask the William Pears Group www.williampears.co.uk for a statement on its plans for the Spires complex and the future of Barnet Market but no response was made.  Its head office is in Hampstead High Street and the group rarely answers questions from the news media or local organisations.

As its website explains the William Pears Group is a residential and commercial property conglomerate which, since it was set up in 1952, has “benefited from our private status” and is “still 100 per cent family managed.”

Originally when the group was established by Bernard Pears it concentrated on commercial property development but it now owns “several thousand residential properties located primarily in London and southern England” and considers itself one of the “largest and most active residential property investors in Britain.”

The three grandsons of Bernard Pears – Mark, Trevor and David – took over management of the group in 1984 and say that despite the size of the William Pears Group, “its structure, small board and financial strength allow it to make swift investment decisions which can be implemented rapidly.”

Few personal details are available about the Pears brothers but their family wealth was ranked 18th in the 2009 Sunday Times rich list with an estimated combined fortune of £1.6 billion.

Mark Pears, 50, is the eldest and was instrumental in developing and implementing the group’s current strategy. In a rare interview he gave to the Sunday Telegraph (12.6.2011) he refused to discuss the family’s wealth or confirm the value of the property empire which the William Pears Group controls and which has an estimated value of £6 billion.

But the Sunday Telegraph reported that the group owned 3,000 to 4,000 freehold residential properties across London and commercial property which included the Coronet Cinema in Notting Hill and the Coutts Bank building on The Strand.

Trevor Pears, the middle son, who is executive chairman of the group’s charitable arm, the Pears Foundation, was interviewed last year by the London Evening Standard (13.2.2012) when he gave more details of the £30 million which the group had donated in the previous five years to a wide range of charitable causes.

He said the three Pears boys grew up in Hendon and went to the private City of London School for Boys.  Mr Pears said that he and his wife lived in Hampstead as did his younger brother David while Mark lived in Totteridge.

Their grandfather Bernard Schieicher emigrated from Austria to London and settled in Hackney where he changed his name to Pears because he felt it was more English. “He started a greengrocer business and called it William Pears because that’s a type of pear, but contrary to what some believe there is no William Pears in our lineage.”

Mr Pears – who gave the interview in support of the London Evening Standard’s Give More campaign – said the Pears Foundation took off in 2000. He was made a Companion of the Order of St Michael and St George in the 2011 Queen’s New Year Honours list for “services to the community.”