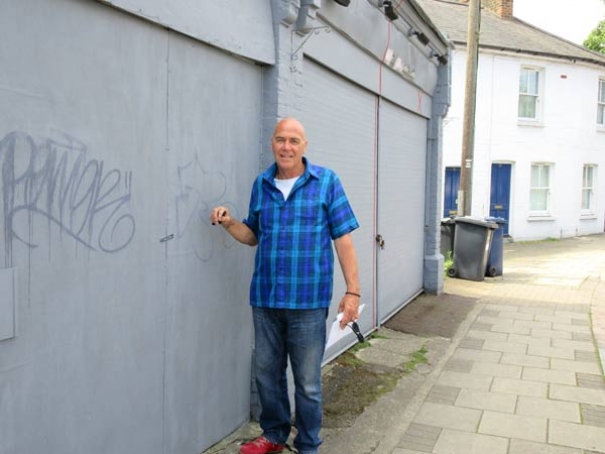 If planning approval is given by Barnet Council, an empty lock-up shop at the corner of Union Street and Coe’s Alley, will be demolished to make way for a house, perhaps divided into two flats, that the owner says will be in keeping with the scale and brickwork of the adjoining Victorian terraced homes.

Union Street was originally the road that led from the High Street to the Barnet Union Workhouse, which was said to have given Charles Dickens the inspiration for Oliver Twist, and which was demolished in 2002 to provide space for a car park for Barnet Hospital.

In recent years Union Street, part of the Wood Street conservation area, has undergone a slow but steady transformation, and its appearance has been much enhanced by a series of new constructions and restorations. 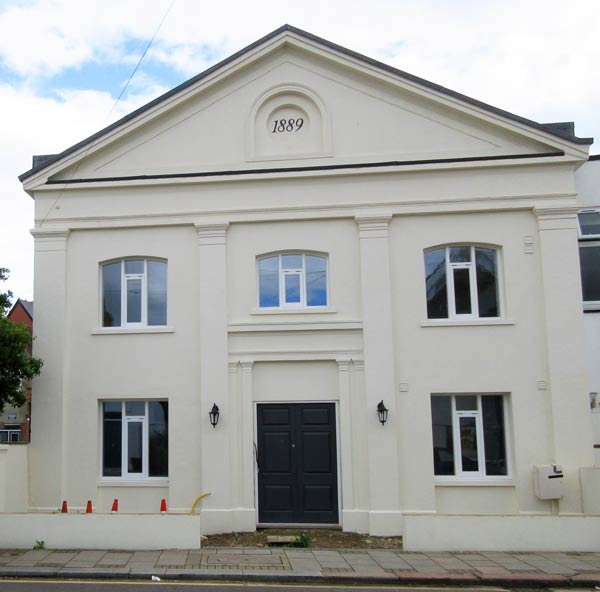 The old Town Hall in Union StreetFinishing touches are currently being added to a 100-seat extension that has been constructed at the front of the Roman Catholic Church, due to re-open shortly.

Opposite the church, the former Barnet Town Hall, has been given a facelift following its conversion into flats.

Last month New Ground, the co-housing project for older women, was officially opened, providing 25 flats on what was previously the site of St Martha’s Convent.

Opposite the new flats complex, adding a touch of class to Union Street, is Room 89, a shop selling household fashions, gifts and accessories.

Roger Newell, owner of the vacant shop besides Coe’s Alley, is hoping to get permission to demolish what he accepts is an eyesore of no architectural merit.

Currently there is an ongoing discussion with planners at Barnet Council as to whether the shop should be replaced with a house or a dwelling divided into two one-bedroom flats.

There is not sufficient amenity space on the very limited site, which was why permission was originally refused for a house, but Mr Newell hopes the support of the Chipping Barnet MP, Theresa Villiers, might persuade the council to give the go-ahead for a house.

“Whatever is finally agreed, I am proposing to make sure that the new dwelling matches into the existing Victorian terrace, with the same yellow London brick and red strips of facing bricks.

I am also going to make sure that Coe’s Alley is made more inviting, and that hopefully I can put an end to what has become an eyesore.”

Mr Newell says he would like to live in the newly-constructed house, as his grandparents on one side of the family lived in Union Street, and the other nearby in Lee Croft.

The shop has been vacant for the last 12 years, after Mr Newell finally closed what had been a greengrocery and florist. “Unfortunately, the lock-up shop was broken into so many times, insurance became prohibitive.”

The lock-up shop was built in the 1930s by Bunny Rees, who then lived next door at 63 Union Street, and had an entrance in his hall to his greengrocer’s shop.

Union Street has changed considerably in recent years, losing many of its former businesses, including the Albion public house and Yadav’s grocery shops, both now converted into homes.