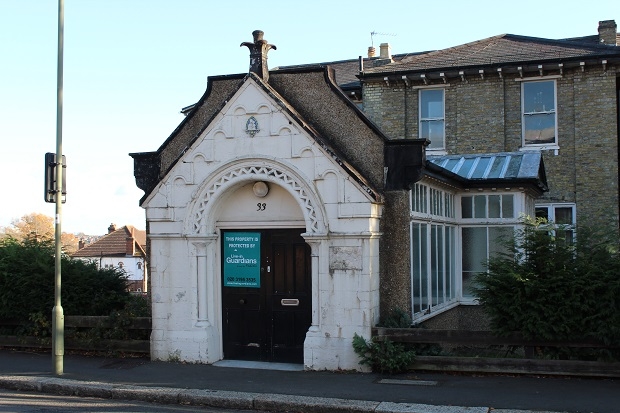 By Dr Susan Skedd : Barnet Council's Planning Committee A has agreed unanimously to reject an application to demolish 33 Lyonsdown Road in New Barnet and to replace it with a block of 20 flats.

The case for saving this fine locally listed building was made by an alliance of local residents, the Barnet Society and two national heritage bodies: the Victorian Society and SAVE Britain’s Heritage. This follows a long drawn-out planning history in which the Barnet Society and others have resisted unsuitable development on the site and proposed the building for local listing. We highlighted the significance of the building and the threat it faced in our recent news story: https://www.barnetsociety.org.uk/component/k2/architectural-gem-in-new-barnet-faces-threat-of-demolition

The Committee (9.2.2021) heard presentations from Guy Braithwaite, on behalf of the Barnet Society, who spoke about the architectural significance and uniqueness of the building, and Dr David Massam, a Lyonsdown area resident who has led local objectors to the proposed block of flats, which he dubbed ‘the battleship on the brow of the hill’. Councillor Sachin Rajput, one of the members for Oakleigh ward in which Lyonsdown lies, addressed the Committee to voice his objections. The Committee also heard from the agent for the developer. 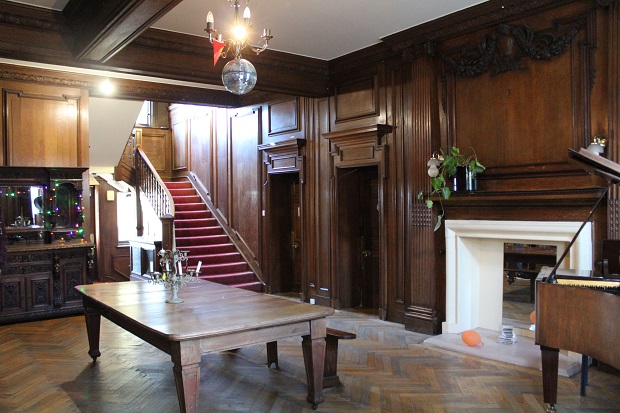 A last-minute addendum to the Committee papers included objections from the Victorian Society and SAVE Britain’s Heritage. The Victorian Society agreed that ‘the building is of real architectural quality and interest’ and concluded that its loss ‘would have a detrimental impact on the local area’. SAVE Britain’s Heritage opposed the ‘needless demolition’ and questioned why no case had been presented for re-use of ‘this locally listed 1866 Victorian villa’.

In the cross-examination, Committee members asked searching questions about the rarity and importance of the building and were clearly very much persuaded of its significance. They gave a strong endorsement of the recent initiative to review and expand the list of Local List of Buildings of Architectural or Historic merit, which resulted in several hundred additions, many of them put forward by Barnet Society members.

In questions to the agent, there was clearly a concern among Committee members that converting the existing building to flats rather than demolishing it had not been given serious attention by the developer. This is great news for Barnet’s heritage because it makes clear that the Council expects the local list to be taken seriously. This chimes in with recent research from Historic England: https://historicengland.org.uk/whats-new/news/recycle-buildings-tackle-climate-change/. This shows that sympathetically upgrading and reusing existing buildings, rather than demolishing and building new, could dramatically improve a building’s energy efficiency and also would make substantial energy savings because the CO2 emissions already embodied within existing buildings would not be lost through demolition. As HE says, ‘to meet the government’s target of being carbon neutral by 2050, we must recycle, reuse and responsibly adapt our existing historic buildings.’

The Barnet Society will continue to monitor planning applications for the site. We hope that a sensitive conversion scheme will be brought forward for it. We are grateful for all the support we have received from our members, supporters and residents in Lyonsdown, and from our national-level allies, the Victorian Society and SAVE Britain's Heritage.