Green shoots in the High Street 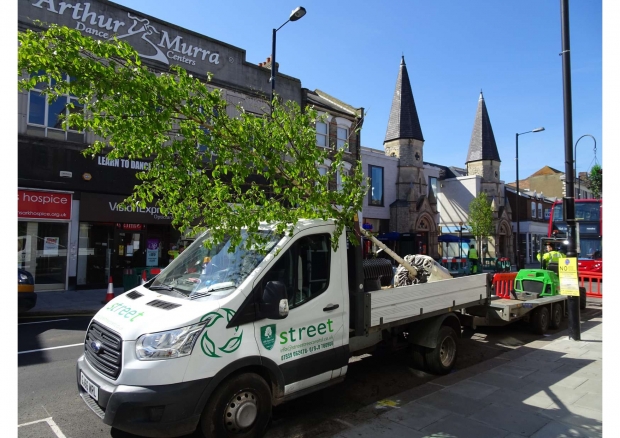 The first of eight trees have been planted in the High Street. They are the bitter-sweet culmination of a very long campaign by the Barnet Society and other local organisations.

Back in 1998, our Vice President David Lee – then Chair of the Society’s Planning & Environment Committee – first proposed a ‘Green Chain’ of trees from the foot of Barnet Hill to Hadley Green, so that residents and visitors would never be out of sight of a tree.

In 1999 nearly 50 trees were planted by the Council, including the grand line of London Planes and Norway Maples from the railway bridge to Milton Avenue (‘Lee’s Trees’). Ginkgos and Liquidambars were also dotted along the lower High Street between Queen Elizabeth’s Girls’ School and the Red Lion, and others near the St Albans Road junction.

But the central stretch of High Street between St John the Baptist and The Spires was for nearly two decades the missing link in the chain. The main obstacle was the network of drains, pipes and cables under what was then a fairly narrow pavement.

In 2012, the Society first proposed building out sections of the pavement to make room for additional trees, as had been successfully done in other places in London and the UK. This would reduce the domination of traffic, enhance air quality and make them more accessible and attractive for parents with children, those with disabilities or impairments, and the elderly.

Together with de-cluttering and other improvements to the urban realm, they would transform the perceptions of residents, traders and visitors of the High Street, and make a significant contribution to regenerating the town centre.

In 2017, Transport for London offered to pay for pavement widening, tree planting, new street furniture and other works out of the Mayor of London’s Outer London Fund. After many twists and turns, these were approved by the local community and the Council in 2018.

Since then we, as part of the Chipping Barnet Town Team, have agreed details of the scheme with the Highways Department and watched as construction slowly proceeded. The arrival, at last, of the trees is therefore quite a symbolic moment. 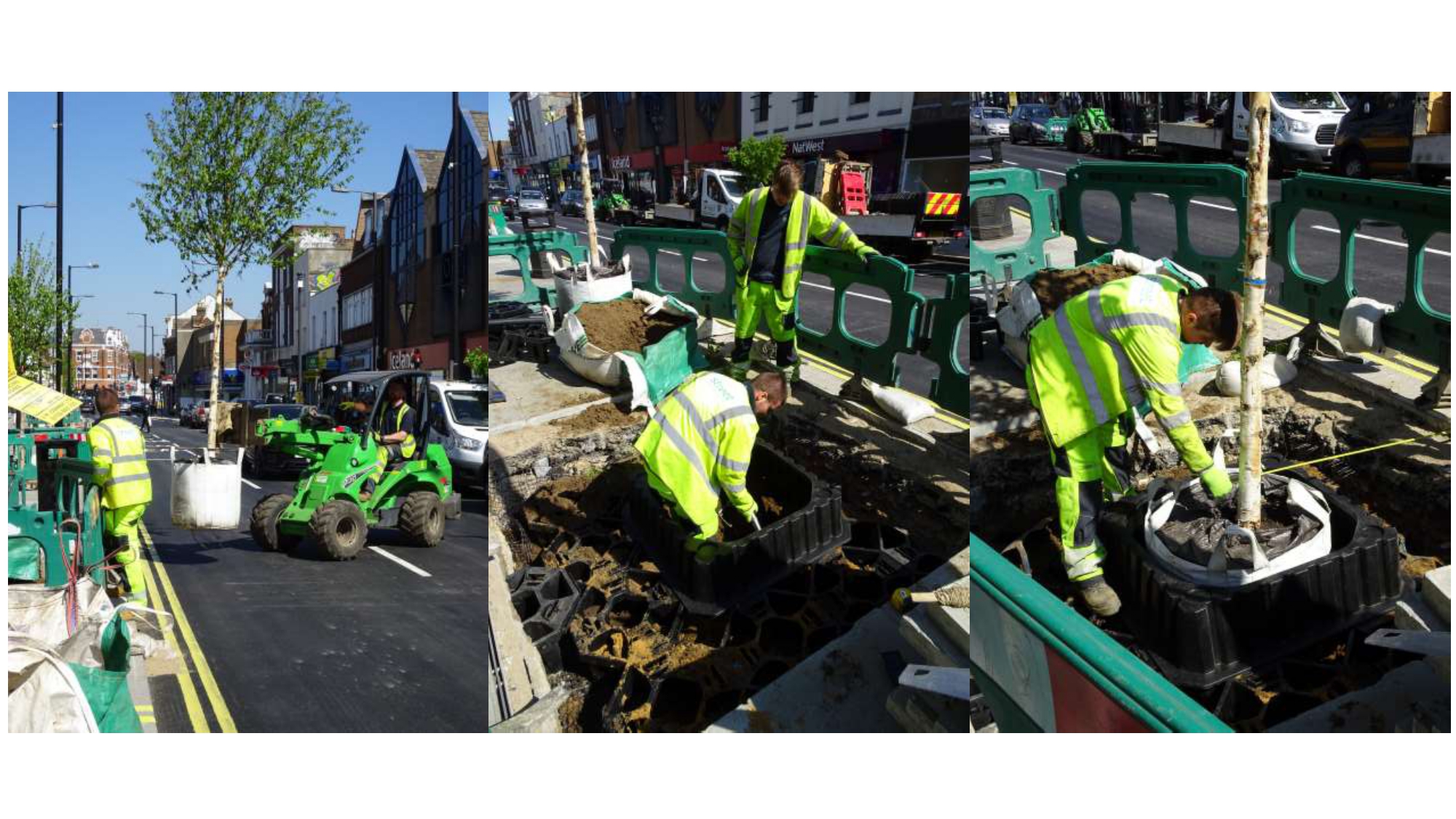 The trees are Chinese Red Birches of the species albosinensis ‘Fascination’. They have a compact canopy and bark that varies in colour during the year. They are being planted in plastic crates within deep pits to protect, irrigate and aerate them.

Our concern is that trees are normally planted in cold weather, before they come into leaf, no later than March. At a time when our town centre is threatened more than ever by the economic consequences of Covid-19, let’s hope that these sweet symbols of a greener future survive. It would be bitterly symbolic if they don’t.

Published in High Street The Spires