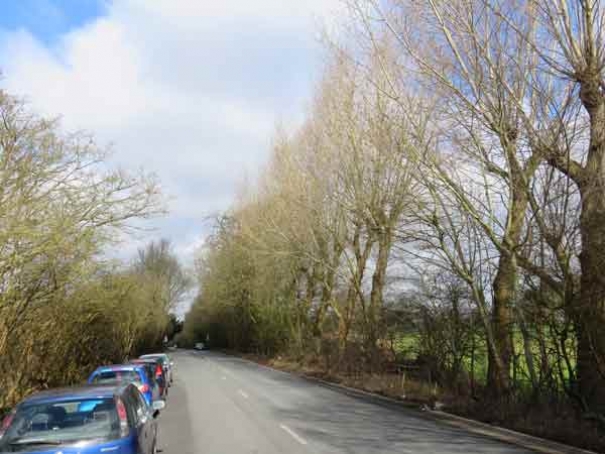 St Albans Road trees
A scheme to re-landscape much of the Old Fold Manor Golf Club at Hadley Common that involves felling mature trees along half a mile of the St Albans Road needs to be explained in much greater detail before being granted planning permission by Barnet Council.

The Barnet Society has published a list of questions that it says require answering to ensure that both the club and the council recognise the impact landfill could have on a band of greenery that symbolises the importance of the ‘Green Belt that makes Barnet special’.

In place of the line of 50 poplar trees, the club is proposing to take 8,000 lorry loads of top-soil and sub-soil to create a bank 12 feet high along its boundary with the St Albans Road and also to develop a new practice area.

The club intends to replace the trees to be felled with 3,000 new trees and shrubs, but the Society is concerned that the scheme might be badly executed and that instead of ‘a lovely new kind of green screen’ there would be mounds of landfill soil that could take decades to regrow.

We publish below a detailed report prepared by the Society’s planning and environment committee and the questions it wants answered.

Many of the mature and pollarded trees lining the east side of the St. Albans Road out of Barnet are likely to go soon.

As recently reported on Barnet Society’s website, the Old Fold Manor Golf Club is planning to create a mound up to 12 feet high with landfill soil, and to replace 50 poplars thought to be diseased with 3,000 new trees and shrubs. The plan is supported by the council, which owns the land.

The Society is concerned about the loss of such a quantity of trees and other vegetation in such a prominent location.

The poplars form part of a band of greenery over half a mile long that marks the boundary of Barnet and the Monken Hadley Conservation Area, as well as the golf club. 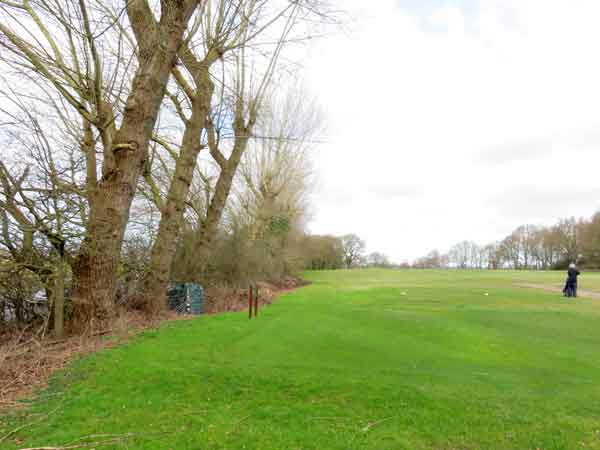 Most of us drive past too fast to notice properly, but it includes stretches of old hedgerow and copses of mature oak and other trees at each end, harbours wildlife, and symbolises the Green Belt that makes Barnet special.

The Society’s planning and environment committee has co-opted Vice President David Lee – retired landscape architect and instigator of Whitings Wood and ‘Lee’s Trees’ on Barnet Hill – to give us the expert advice needed to scrutinise the proposals.

He has toured the course, and is in discussion with the club’s project manager, Paul Grant.

We do not necessarily object to the whole scheme, which includes uncontroversial improvements to land drainage and the driving range, and restoration of a pitch-and-putt course.

We recognise that many of the poplars may be nearing the end of their natural life (having probably been planted after the establishment of the golf club in 1910, and not being a long-living species).

Done well, this could be an opportunity to create a lovely new kind of green screen, and boost the ecological value of the landscape.  Done badly, it would look as though the front teeth of a friend have been knocked out, taking decades to re-grow.

So far we have seen no more than a sketch diagram of the proposals. To be convinced of their validity, we have told the club that we should like to see the following information:

Confirmation of maintenance of existing rights of way across the site is also needed.

We expect more details at the beginning of April, and a planning application in May. We would like to have the opportunity to comment before the proposals are finalised, and will certainly comment on the application itself.

But by then it will be too late to influence the main features of the proposals. David and I welcome your comments as soon as possible.  Email: This email address is being protected from spambots. You need JavaScript enabled to view it.