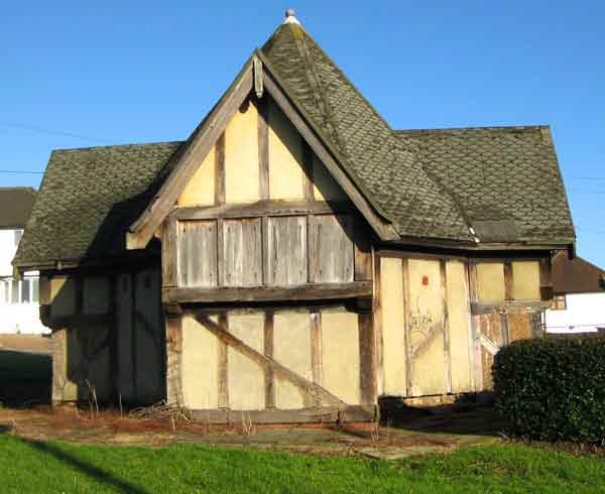 Barnet's Physic Well
After years of neglect and decay, Historic England has commissioned a detailed survey of the work required to repair and conserve Barnet’s historic physic well, in Well Approach, just a short walk from Barnet Hospital.

Samuel Pepys was perhaps the most celebrated consumer of the chalybeate spring water that was once fashionable to drink, and which attracted the gentry to Barnet because it was said to have healing and other medicinal qualities.

A mock-Tudor well house constructed in 1937 to protect the 17th century dis-used well and its spring has deteriorated rapidly in recent years, and the walls and roof are in such a poor state of repair that the future of the building is at risk.

Historic England’s intervention to restore the well house might also help resolve its future and ensure that responsibility for the property is transferred from Barnet Homes (Barnet Council’s housing division) to Barnet Museum.

The museum is collaborating with Historic England and Heritage of London Trust to ensure that the well house is renovated and preserved.

Mike Noronha, Barnet Museum trustee, said he hopes the lease of the well house will be transferred by early summer and once future ownership of the building is secured the museum intends to work with Historic England and the Heritage Trust to try secure grants and raise funds for the restoration work.

The woman would have had me drunk three more,
but I could not, my belly being full...

The well house is a grade II listed building, but is currently on the at-risk register because of its poor state of repair.

Surveyors commissioned by Historic England have proposed extensive repairs and other measures to conserve the building and surrounding small green which sits in the middle of the Wellhouse estate of former council houses, built in the 1920s and 1930s.

Barnet Museum, which holds the keys to the well house, and which organises several well-attended open days each year, has been campaigning to persuade Barnet Council to carry out repairs and help raise the profile of the well, one of Barnet’s oldest and best-preserved constructions.

Below the well house is a 17th century brick vault. A stairway of twelve steps leads down to the almost totally unchanged vaulted well chamber, with its original red floor bricks and two tanks that are filled by spring water.

The well was originally on Barnet Common, which stretched from Wood Street to Dollis Valley, and mock-Tudor well house was constructed when Barnet Urban District Council acquired the land and built the Wellhouse estate.

A history of the physic well written by Carla Hermann, of the Barnet Museum, describes it as “the tourist attraction that never quite made it”, and her account explains the reasons why much more could be made of Barnet place in the history of spa towns and why it never became as famous as the medicinal waters of Bath and Tunbridge Wells.

The first mention of the discovery of Barnet’s spring was in 1586 in William Camden’s book Britannica. In 1650, there were reports of the Barnet water being over-exploited and in 1656 the Barnet Vestry appointed a well-keeper.

Samuel Pepys “rode north to see the wells” in July 1664, and after lunch at the Red Lion he continued to the well “and there I drunk three glasses and went and walked, and came back and drunk two more”.

“The woman would have had me drunk three more, but I could not, my belly being full – but this wrought me very well; and so we rode home...and my waters working at least seven or eight times upon the road, which pleased me well.”

In 1667, Pepys visited the well a second time when he “took only three glasses of well water” before retiring to the Red Lion, where he “ate some of the best cheese cakes I ever did eat in my life.”