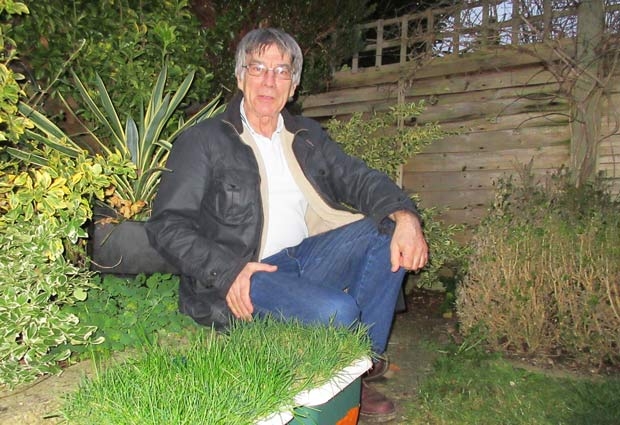 Tony Swingler guards his Underhill pitch mementos – “The Green, Green Grass...of Barnet FC
Barnet’s shock 1-0 defeat of Sheffield United – to reach the fourth round of the FA Cup – has re-awakened tales of other memorable matches from the years Barnet played at the Underhill stadium before the club moved to Edgware in 2013.

Over 900 Barnet fans travelled to Bramall Lane on Sunday 6 January, never expecting to see the defeat of Sheffield United, third in the Championship table, beaten by a National League side.

Barnet are the lowest-ranked team still in the FA Cup and will be at home against Brentford, another Championship side, when fourth-round matches are played in late January.

Longstanding Barnet fan Tony Swingler, who was one of those who travelled to Sheffield for the match, has a novel way of keeping his memories alive and kicking.

In his spare time, he cares for several patches of turf that he saved from the Underhill pitch when bulldozers cleared the ground to make way for the Ark Academy school that opens on the site in September. 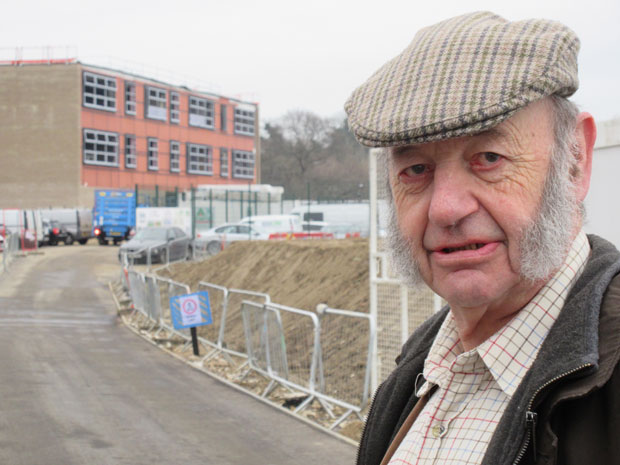 Footballing memories for Robin Fell, life-time Barnet supporter, on visiting the nearly-completed Ark Academy school on the site of Underhill stadium“My turf is a living memento of those happy days when Barnet played at Underhill.

“Who knows, if the Bees ever leave the Hive at Edgware and we could persuade the club return to their home town of High Barnet, we could start laying a new pitch straightaway!”

Mr Swingler’s devotion is matched by that of another lifetime supporter, Robin Fell, who was born on 21 April 1946, the day after Barnet won the FA Amateur Cup at Wembley by defeating Bishop Auckland 3-2.  “My mother always said she couldn’t decide whether my father was more excited about Barnet winning the FA Cup or having a baby boy.”

Mr Fell’s son – a third generation Barnet supporter – took his young son to see the club’s former family stand at Underhill shortly before its demolition. “Losing our local football club was a real blow, but the Fell family hope to keep the memories going strong.”

Mr Swingler can’t hide is disappointment either that Barnet no longer has a big-time local club.

“Occasionally I do still go to away matches and, after all, the Sheffield match was pretty special, so I’m glad I went up there in one of the supporters’ coaches.

My turf is a living memento of those happy days
when Barnet played at Underhill.

“Barnet really deserved to win, and the Sheffield fans took the defeat very well, bearing in mind it was highly embarrassing for the Blades.”

What made the day all the more memorable was that Barnet’s caretaker manager Darren Currie was able to impress both his father and more importantly his uncle, Tony Currie, who was voted Sheffield United’s greatest player after his eight years at the club from 1968 to 1976.

“The Barnet fans had a great chat with Darren and his father Paul, who used to play for Hendon, and with Tony who once played for Watford.  It was a great family moment as this was only Darren’s third match as Barnet manager.”

Mr Swingler started attending matches at Underhill when he was 14 and was so upset when Barnet moved to Edgware that he saved five pieces of turf when the bulldozers flattened Underhill.

“You could say I liberated them, and I’ve shared them round with other Barnet fans. One went to a fan whose grandfather played for Barnet; another has gone to a former groundsman who looked after Underhill in the 1960s; and I’ve promised another to one of the Back2Barnet campaigners who still hope we can persuade the Bees to play again in Barnet.”