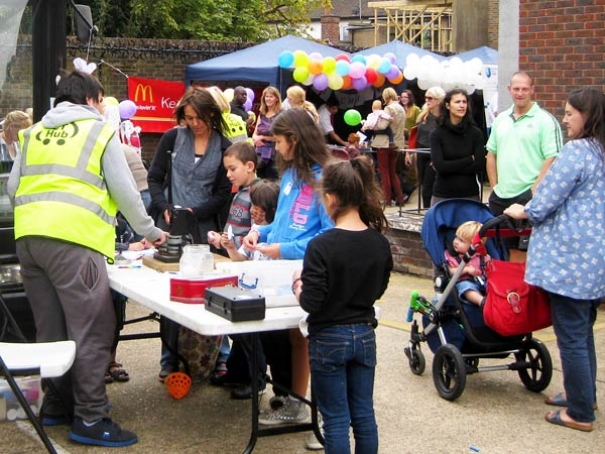 The aim was to reassure the community that police officers serving Barnet and Whetstone are very approachable, anxious to be as helpful as possible and always ready to give advice.

Local traders manned some of the stalls and joined the officers in entertaining children; Waitrose and Tesco Express offered refreshments.

Police Constable Ala Yuddin, a dedicated ward officer for High Barnet, organised the Saturday afternoon open day (30.8.2014) and he had the full support of his colleagues. 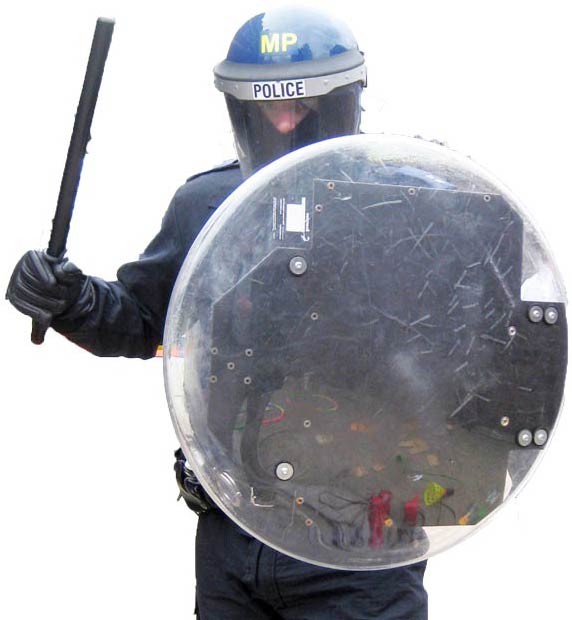 Nearby was a dog handler with the station’s spaniel Turbo, used for drug sniffing, and known in police jargon as a “passive dog”.

PC Yuddin said the open day was an opportunity for some bridge-building with local residents and traders.

“We want the public to feel confident and reassured when approaching us. Opening up the station to the public is an opportunity to build a better relationship with the community.”

Among the special guests was Avis, a lady in her eighties, who had recently been the victim of bank fraud.

“We now make a point of visiting her home every week to make sure she is all right. We brought her along to the open day so that she could see where we all work and have a cup of tea with us.”

PC Yuddin said another successful initiative had been the campaign to reduce shop lifting at the High Street Tesco Express.

A life-size cut-out of a police officer has been installed next to the tills, and the store manager Asif Altaf said it had proved quite a deterrent. 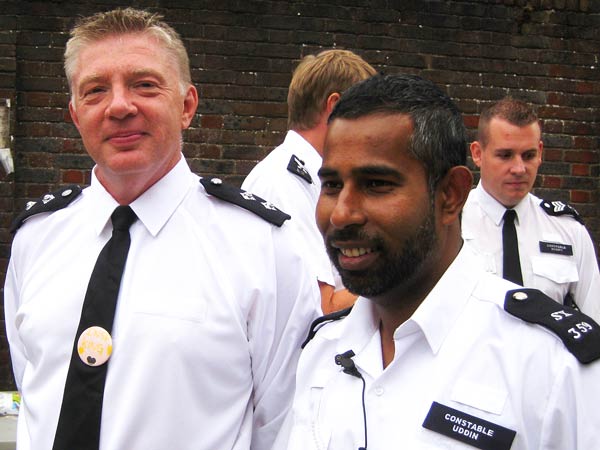 “We asked the police for help and PC Yuddin suggested installing a life-size cardboard policeman.

It really does deter shoplifters because it is right by the front door and is a warning to them that the shop is working closely with the local police.”

Detective Inspector Gordon King, who is in charge of policing in Barnet, said the Metropolitan Police knew it had to do more to build up a relationship with local communities.

“We realise that for some members of the public their contact with the police might have been very brief.

Sometimes they might have had a negative experience or have formed a negative impression, so an open day like this is our chance to show we are approachable and that we really are part of the local community.”

When asked if High Barnet’s police station had an assured future, Detective Inspector King said that he knew of no threat to it remaining the headquarters for the policing of Barnet and Whetstone.

Stations at Whetstone and Golders Green had been closed but High Barnet was the police base for the local area.